Sometimes one has to adapt to make the best of a bad situation.

Recently, during a shoot with Scavengers in Milbrook Ontario, in which I dressed up as Gandalf The Grey, I had an idea.  That idea was to have Gandalf holding a lantern, walking thru a dark, foggy night.

The original plan was to use smoke bombs to create a misty effect, however a few days before we headed off on the shoot disaster (for my idea) struck.  Due to dry conditions a fire ban was put in effect buy the local fire chief.  Since smoke bombs used fire, we couldn't use them.

I decided to try to attempt my shot and fix it in post using the wonder of the world that is Photoshop.  So I had the original Paul Howard shoot me in an action-y pose.  This is what it looks like: 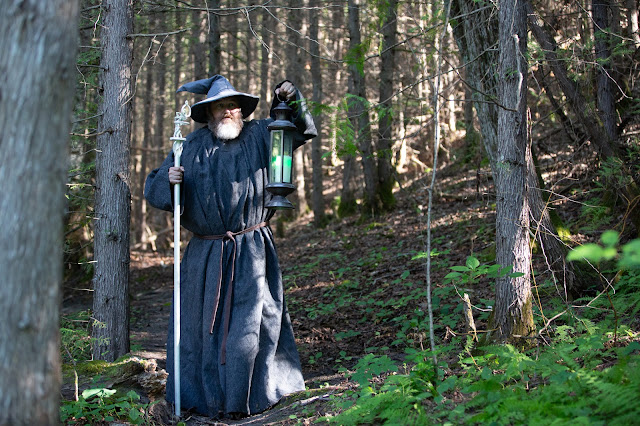 Not a bad shot.  It has some problems, if I am honest.  For one there is no mist.  For another it is shot in daylight, and the concept is a night shot.  However it has good bones, so I begged, borrowed, and stole the image from Paul, and ran it thru Photoshop.

This is the result: 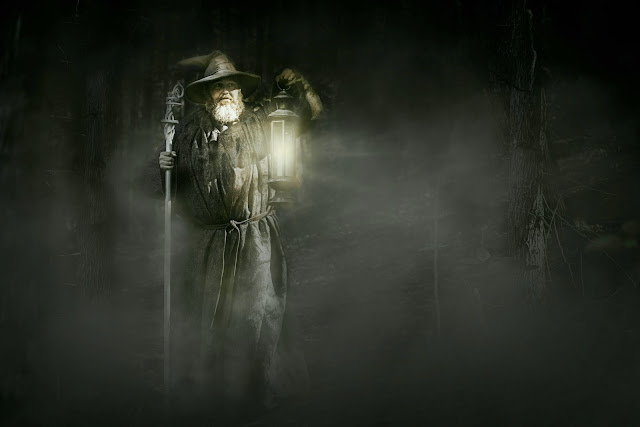 Not to bad, if I do say so myself.

It just goes to show one shouldn't let bad light keep them from reaching their vision. When one is armed with Photoshop, the world is your canvas.
Posted by Dave DeBaeremaeker at 4:45 PM