Historical photos of the Millennium Falcon, original designation YT-1300 492727ZED has been unearthed from the Corellian Ship Yard archives.  This series covers all of them.

Contrary to conventional wisdom, the famous Dejarik game was installed early in the construction phase of the Falcon. The reason for this is lost to the mists of time, but the prevailing theory is that the foreman's kids needed a place to hang out after school.

The main Dejarik module is built off-site, and installed into the frame of the spacecraft. 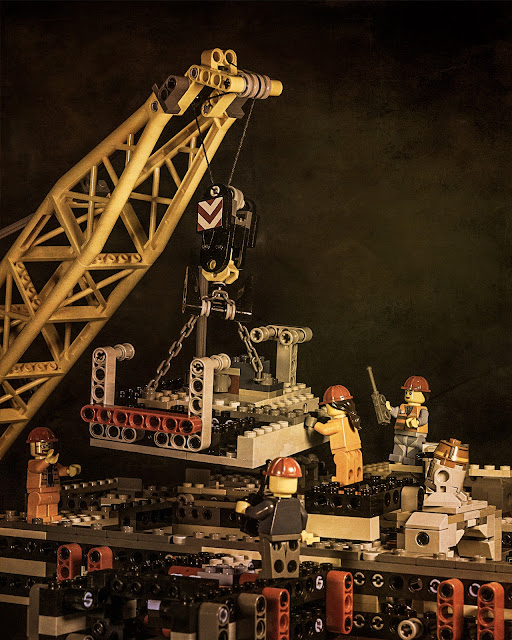 Once the game system was installed, high paid tech workers swooped in and programmed it.  It takes a long time to properly tune the game, as each creature in the game is trained like a Tamagotchi, making each game unique*. 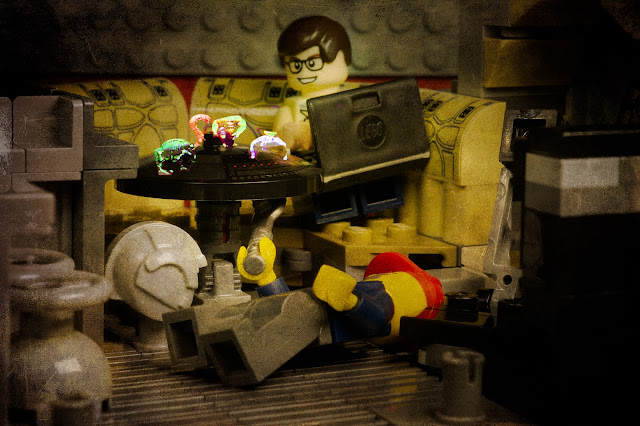 It is due to the unique way this game is programmed that I don't think the game is installed early because the foreman needed a place for his kids to play after school.  However I do think it is likely that the real truth is that the foreman had a teenage nephew that he described thusly. "That boy is really good with those comp-u-tor thangs.  I can never figure it out me-self, but he knows how to make web pages for his pet tribble**.  He's a lazy mofo, but with comp-u-tors he's like a genius or something, so I did my sister  a favour and gave him a job with the game thinger."

Those of you in IT will also recognize this line of thinking on the part of the foreman as the likely cause for why the game pieces flicker a lot when playing.

I suspect similar stories are behind the high quality of the ships light speed drive.

* This is not an actual fact

** yeah, I know it seems odd for the nephew to have a pet from the Star Trek universe, when he is clearly based in the Star Wars universe, and you are likely all feeling smugly superior that you recognized that fact.  Good for you!  However I would point out that there is a lot of evidence that Star Wars is based in our universe, and you can, right now if you wish, visit the future birthplace of Captain James T. Kirk, USS Enterprise, making it also our universe, so it doesn't seem like that much of a stretch now does it, you smugly superior sum-bitch.


Posted by Dave DeBaeremaeker at 5:35 PM