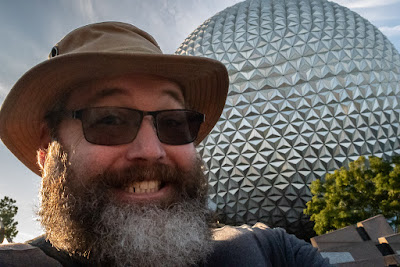 Day three of our adventures in Disney parks brought us to Epcot, and the world showcase contained therein.

I am not sure of all the relative sizes of each of the parks, but Epcot definitely feels like its the largest park, and by a fairly large margin.

However it also seems to be the least populated park, mostly due to the massive lake and water features in the middle - not to mention the giant ball.

The purpose of the park seems to be mostly cultural exchange, as it features a showcase of 11 nations (tho one of those nations is the USA, which seems utterly redundant).  However from what I can tell its basically just enough things to keep the kids from getting bored, plus a lot of beer.

I am not saying that is a deal breaker.

The park is beautiful tho, and serviced by the classic Disney monorail. 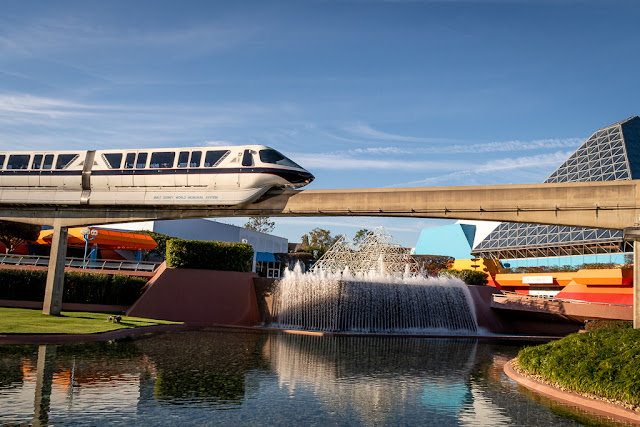 We arrived just as the park opened at 8, but our first planned event was not until 9:15, so we did some rides, and hung out. 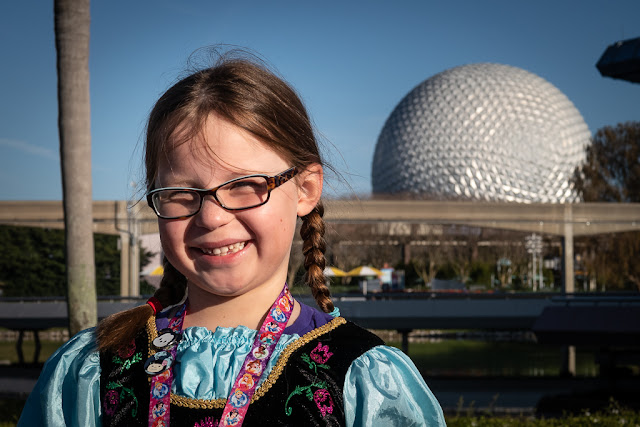 We went to Norway's area, and hung around a waterfall. 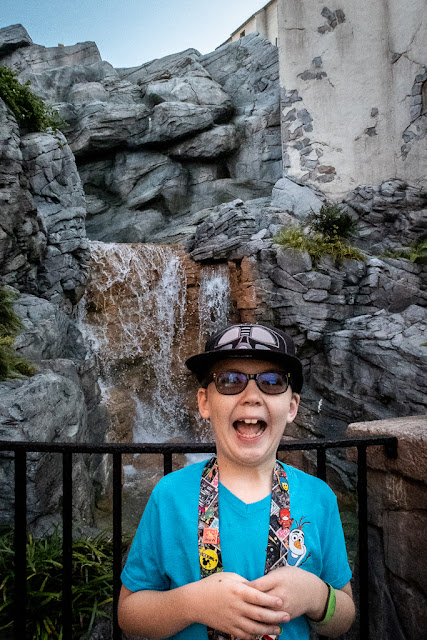 And Abigail made friends with a giant troll - as six-year-olds tend to do. 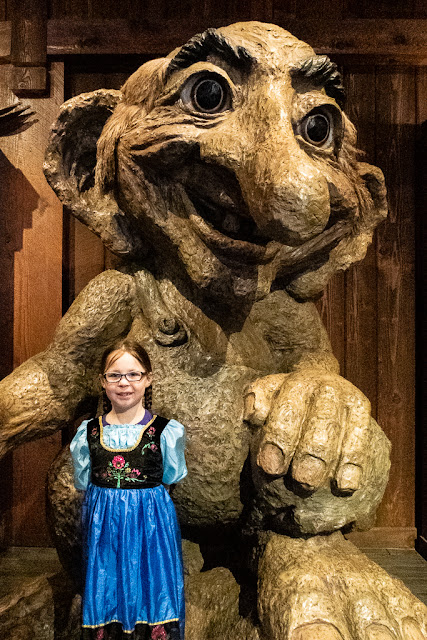 Our first planned event was a breakfast in Norway that had a lot of princesses (I forget what its called, but its in Norway, and has princesses, so ya know, one of those "designed for six year old girls" thingers).  Abigail got to meet a bunch of them.  I got to eat bacon and eggs.  Everyone won. 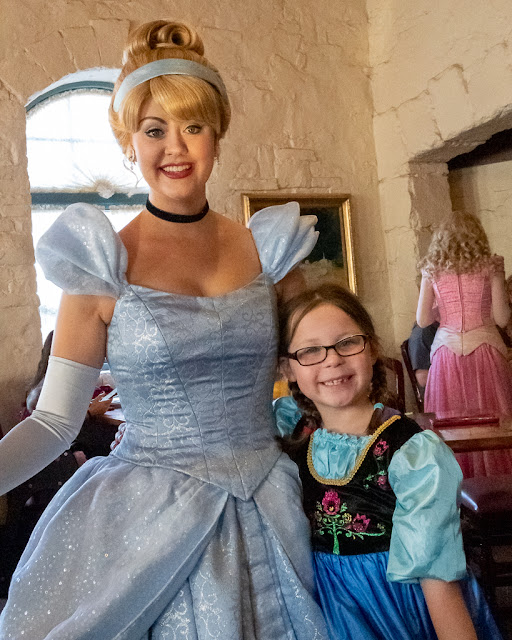 We did a bunch of rides and shows, and various things.  They were entertaining, but not much to write about (Nemo stuff was, ya know, fishy).

However due to the magic of Missy, our Disney travel agent, we got some last minute FastPasses to the Test Track ride - creating a concept car, then going on a test drive. 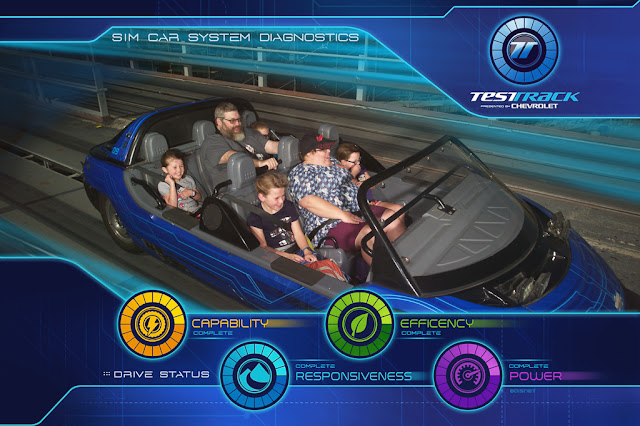 Zeke and I loved it.  Abigail was mixed.  Wifey was meh.

After that ride we started walking around the showcase of nations, but most of us quickly ran out of energy, so it was more of a death march than a fun thing.  Debbie wanted to explore more, but we didn't.  This made Epcot the first park we felt we couldn't fully experience in a single day.

We had reservations at Chef Mickeys, a buffet at one of the resorts, for supper, so we headed over that way around food time.  We ended up with an awesome table that overlooked the Magic Kingdom.  So this ended up being our first real view of the Disney Castle. 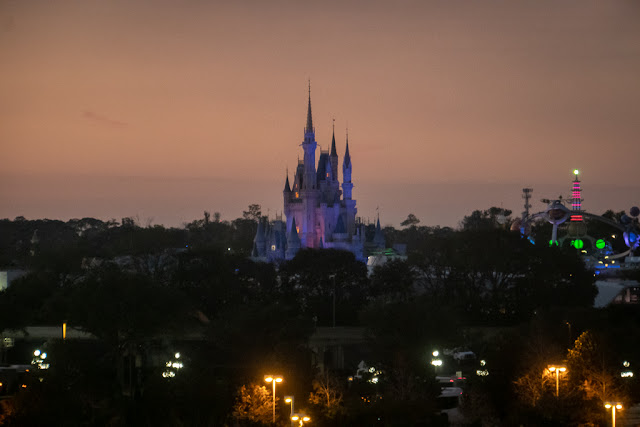 Chef Mickey's is another one of those "encounters with characters" joints that litter the Disney landscape.    We got to re-meet Mickey, Minnie, Goofy, and Pluto (none of them remembered me from my previous encounter in Hollywood Studios, which makes me believe these are not the real characters.  I did get a high-five from Pluto when I mentioned that he was still my favourite planet, so I have that going for me, which is nice.) 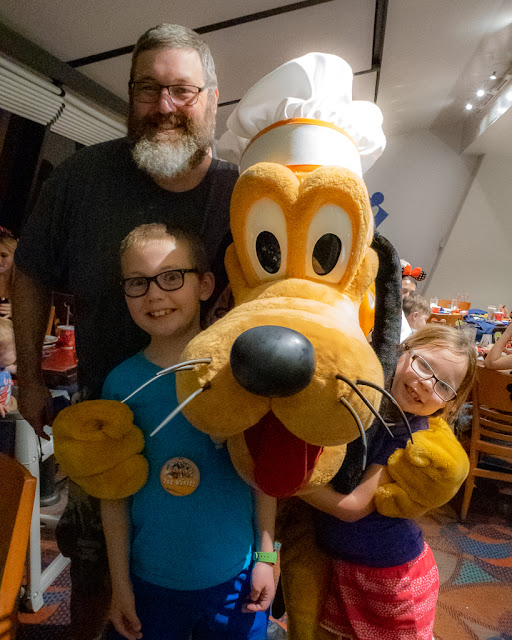 After supper we hiked the 15 minutes over to Magic Kingdom and stormed the gates.  We went specifically to catch the fireworks, and we arrived just in time.   The crowds were massive, but we still managed to get a decent view of the show, despite being in the very back. 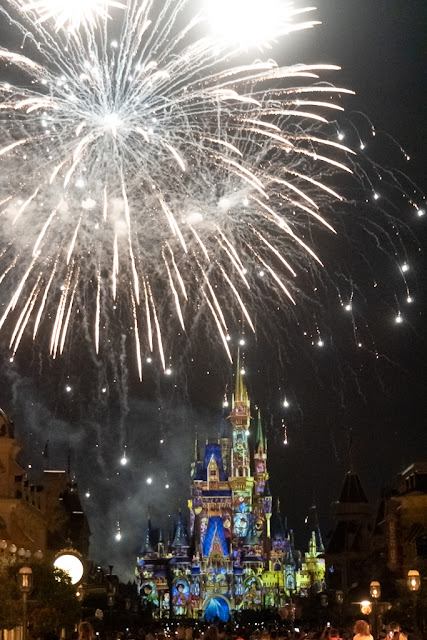 The upside was that once the show was over we were one of the first to exit the park and get on the bus back to our resort.

One more day left in our Disney World adventure.  What will we do?  What shall we see?  What rhetorical questions will be posed in order to generate interest in the next post?  Stay tuned to find out!
Posted by Dave DeBaeremaeker at 6:45 PM