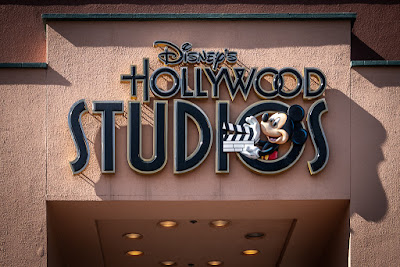 Our second day in the Disney parks brought us to Hollywood Studios.

Now you might ask why we picked this park to attend this day, and the answer is: we didn't.  We had  our super awesome travel agent Missy recommend a schedule, and this was part of it. Missy is awesome, and if you go to Disney, you should use her services - they were invaluable for us enjoying the Disney Experience.

So, this was a day that ended up way more enjoyable than I expected it to be.  I expected it to be a lot of movies I don't really care about. Turns out it was mostly Indiana Jones and Star Wars (with some plasticated Tom Hanks thrown in for kicks).  So it was right up my alley, and the alley of a certain son of mine.

We arrived just as the park opened, and were one of the first people in the park, so for the first half hour it almost felt like we had the place to ourselves. 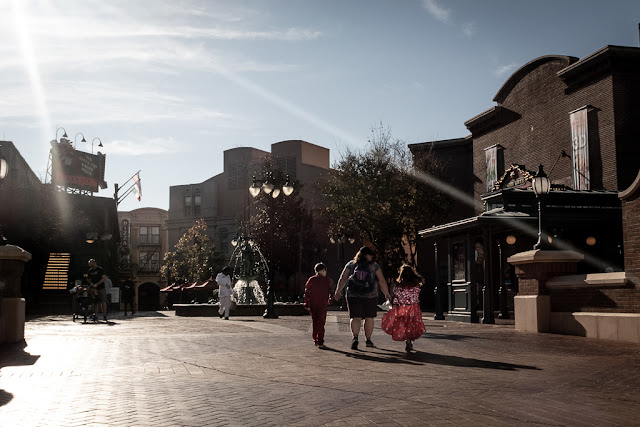 Our first stop was to sign up the kids at a unique experience later on in the day (stay tuned for details), then we wandered over to Toy Story Land for our first FastPass ride: Toy Story Mania.  The ride was very well done, and involved traveling thru a shooting gallery, and shooting toy rubber darts at targets, and trying to get the highest score.

Then we headed over to our next FastPass stop, but first we paused for an Incredibles style photo. 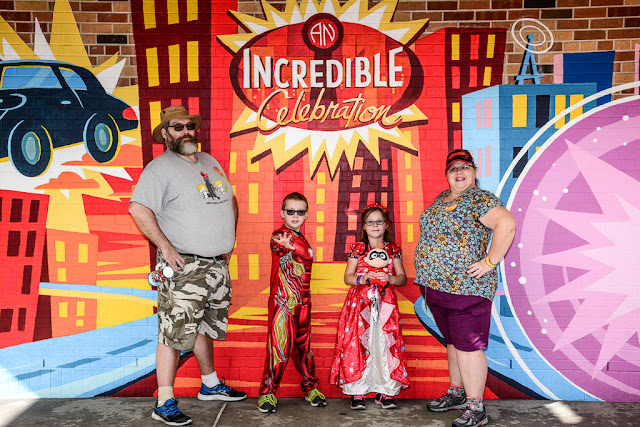 The next FastPass was for a Star Wars ride - a 4D thinger with comedy, action, movement, and other fun stuff. Zeke loved it and begged to do it again, but we had FastPasses waiting at our next stop, so we were forced to say "nay".

Our last FastPass was for the Indiana Jones Stunt Spectacular show.  Again, not what I expected, but it turns out it was a whole lot better than my expectations.  It was basically an entertaining demonstration of how stunts in movies are performed and filmed.  Very good stuff.

Though it did start with some classic Indy re-enactments. 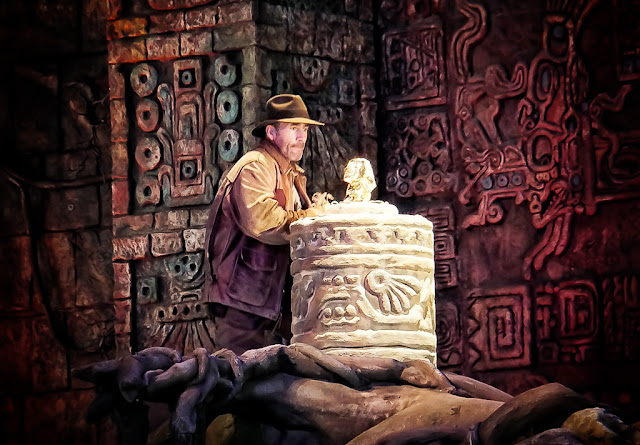 Ever since then the phrase "throw me the idol and I'll throw you the whip" has been going thru my head.

Next stop: lunch.  It was at Minnies Silver Screen Dinner, which is a buffet, with characters.  We got pictures taken with Mickey, Minnie, Goofy, and Daisy Duck (tho personally I thought Daisy was just a person in a duck suit - cheesy! Totally real mouse tho) 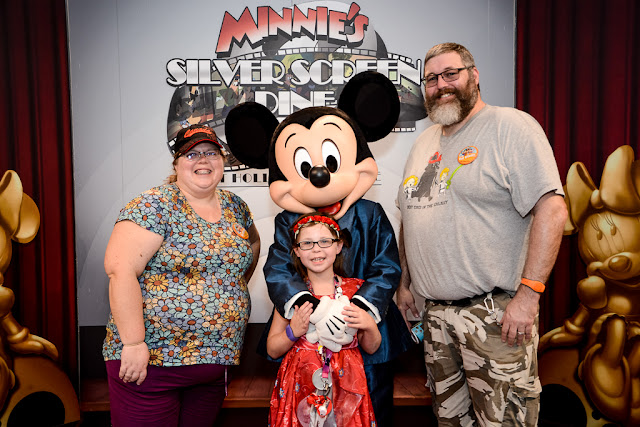 After lunch we headed over to the Star Wars Launch Bay, and met the best wookiee in a galaxy far, far away. The fuzzy and totally real and authentic Chewbacca.

This day I learned that Chewie gives the best hugs. No wonder Han let him hang out for so long. 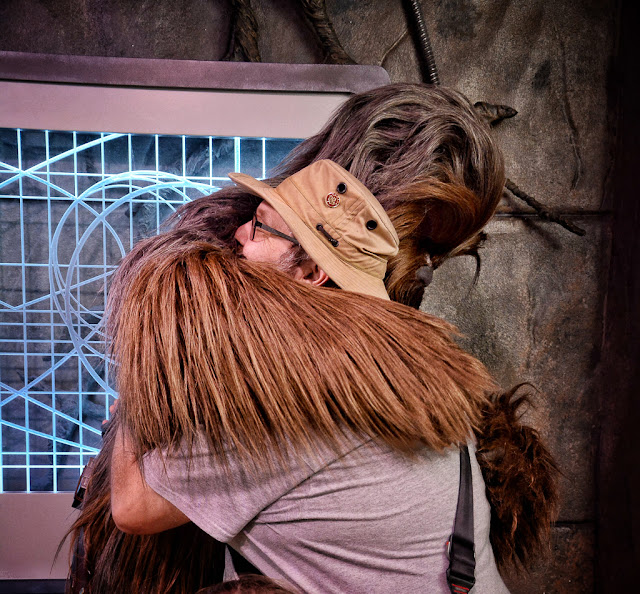 We all gathered around for a photo, cause Chewie is great with his fans. 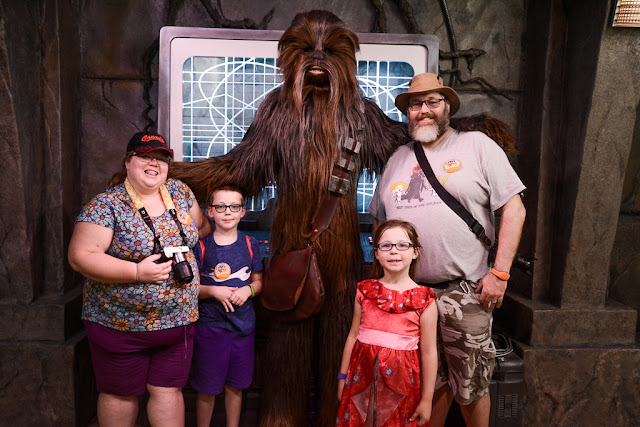 Now, remember that unique experience we signed the kids up for?  That was for Jedi Training at the Jedi Temple.  So we wandered over, got them signed in, and sent them to the temple (don't tell them we secretly sent them to school during vacation - our secret, OK? Shhhh...)

The kids were given some lessons on how to do lightsaber stuff, and use Jedi force pushes, and all kinds of mean, nasty ugly things that Jedi are asked to do.

Then Kylo Ren showed up.  Yes, *that* Kylo Ren. 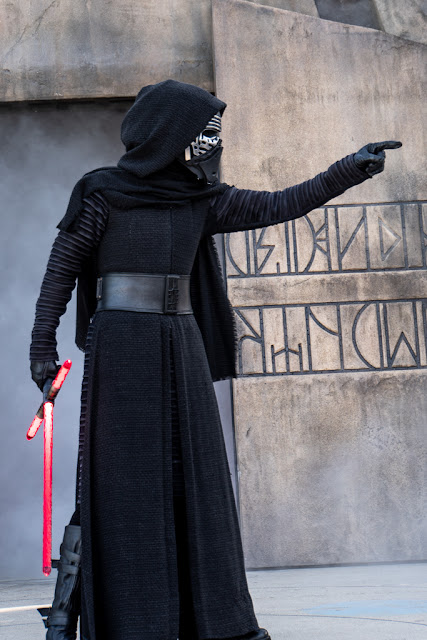 James Earl Jones Darth Vader also showed up!  There was much posturing, threatening, and other mean nasty ugly things. Then shit got real, yo, and it was time for Vader to die.

So Abigail stepped up, and fought the Dark Lord... however she's cute, and sweet, and between you and me, not that tall.  So while she bravely faced her foe, she did not defeat him. 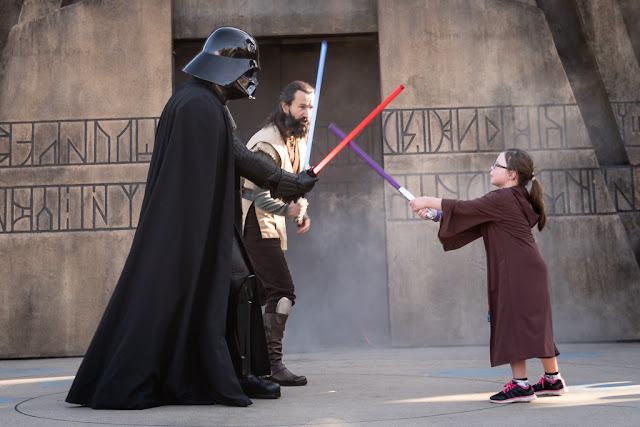 So Zeke, the Zedi himself, stepped forward.  Zeke is taller, and stronger, but lets face it, not overly rich in midichlorians, but he stood his ground, and eventually, as is written in the script, ran Vader off. 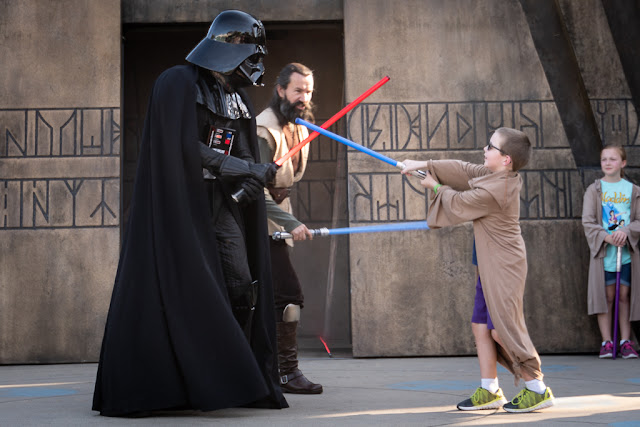 At that point the kids were declared trained, and we went on our merry way.

Now this is where the awesomeness of Missy comes into play.  As we left I send her a message to ask about getting another FastPass for that awesome Star Wars ride, and 10 minutes later we walked passed the 30+ minute wait line and rode that very same ride for the second time.

Then we went back to the hotel for a rest.  That evening we returned to the park to attend a show called Fantasma.  It was the most amazing show - excellent lighting, acting, and fireworks.  However I took no photos, so you're gonna have to trust me.

Then we went back to the hotel for the second and final time that day, fell into bed, and drifted off to sleep, with the magic of Disney (and one too many root beers) dancing in my head.
Posted by Dave DeBaeremaeker at 8:25 PM

Root Beer, yum!
Chewy looked great, I may have to go just for that hug!

You won't regret it!