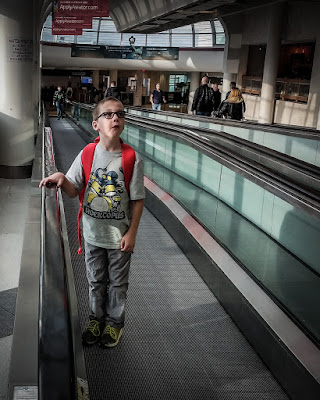 This past week was a Disney week.

I was never a big fan of Disney growing up - it never really tickled my fancy.  However now that I have kids I figured they'd enjoy it.

Disney is now the owner of both Star Wars and Marvel, so their offerings extend well beyond the mind numbing Mickey and Friends, and their unhealthy princess fetish.

So we contacted a friend of my wife's, Missy, who is a travel agent for Disney, and started making plans.

Last Sunday we headed out to the airport on our way to Orlando, and the Disney World resorts contained therein.

It was the first time either of my kids flew on an airplane, or really even seen any part of an airport aside from baggage claim, so it was a new experience for them. 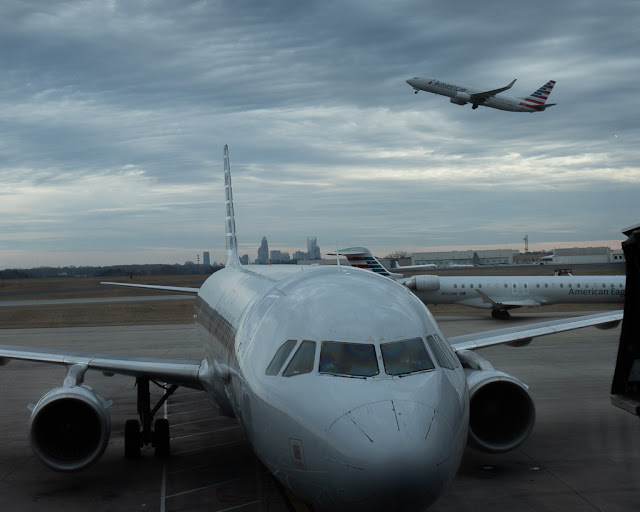 It is only a 10 hour drive to Orlando, which for us is a simple days drive (we drive 12.5 hours to Canada a couple times a year), but we decided to fly to give the kids a chance to experience flight early in life (I was in my 30s before I flew anywhere on a commercial airline).  It was also a chance to introduce them to the constraints of air travel, baggage allowances, TSA checks etc. before we subject them to more travel in the future.

Both kids handled it wonderfully.

Disney handled all our checked bags, so once we checked in to our flight in Charlotte, we didn't see our bags again until they were delivered to our resort room in the hotel.

We stayed at the Port Orleans Riverside resort, which is a Disney property located on their land, but not directly connected to the parks.

This was the building we stayed in. 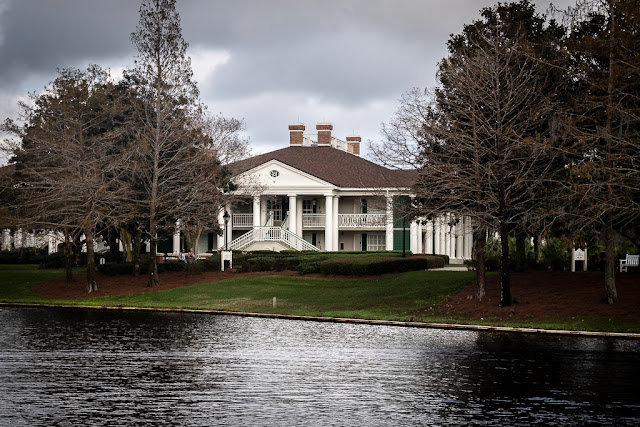 We arrived mid-afternoon, and our parks passes didn't take effect until the next day, so we took a water taxi to Disney Springs, a publicly accessible shopping area run by Disney. 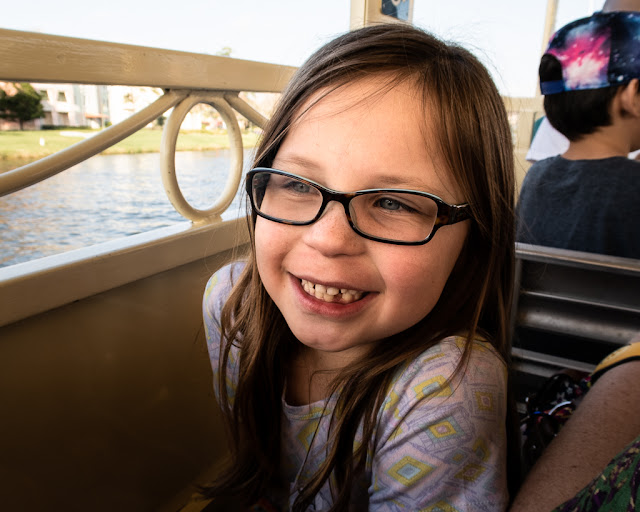 Disney Springs is busy, full of shops, restaurants, bars, and other things like fountains and balloon rides. 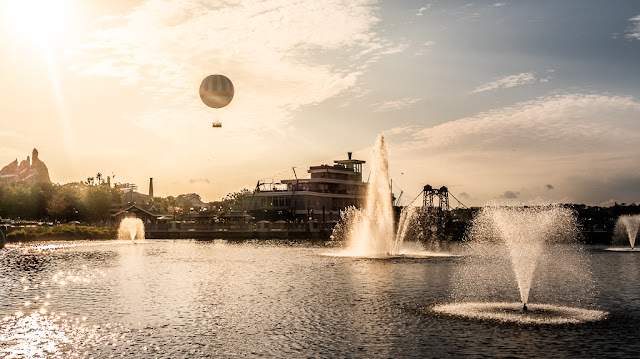 It also contains a LEGO store.  I was immediately attacked by one of my muses... Hulk. 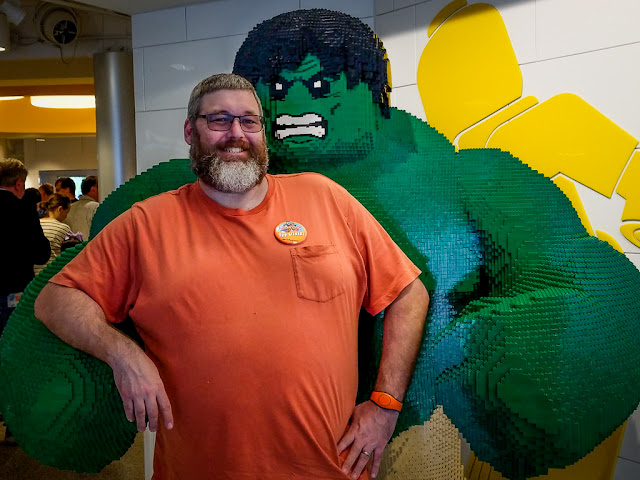 We had supper at Planet Hollywood, in the middle of Disney Springs.  It contained several movie props, including this fellow: 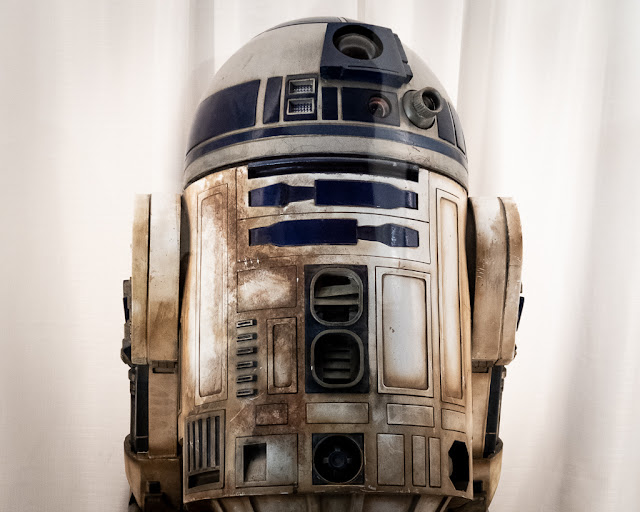 The weather was nice, but a rain storm came in while we ate.  Luckily it quickly blew over, and was the only sign of bad weather we had all trip. 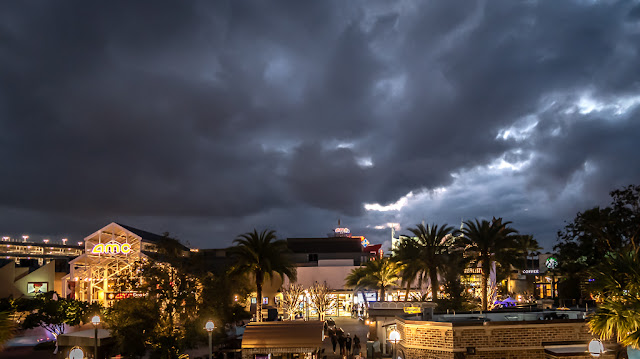 After that we took the water-taxi back to the resort to settle in for the night.

Tomorrow we hit our first park - should be exciting!
Posted by Dave DeBaeremaeker at 8:53 PM