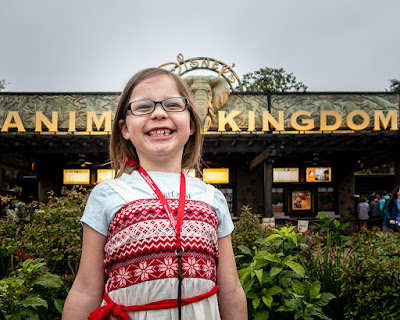 On our first proper day of going to Disney Parks last week we went to Animal Kingdom.

Animal Kingdom was, by far, my least favourite of the parks we visited (the others being Hollywood Studios, Epcot, and Magic Kingdom).

It feels like a half baked thought.  I imagine some vice president musing "we should have a park with animals", and signing off on whatever the interns came up with.

Its not a Zoo, as there are few animals on display.  Its not really a theme park, as, aside from zoology, there isn't a theme, and its not really a safari park, as there is only one small "ride" to drive thru to see animals, that lasts about 10 minutes.

However we managed to have a lot of fun there.  The largest feature of the park is the massive Tree Of Life in the center.  It is a fake tree, but truly massive. For a sense of scale those birds in the following photo are 4-5ft tall. 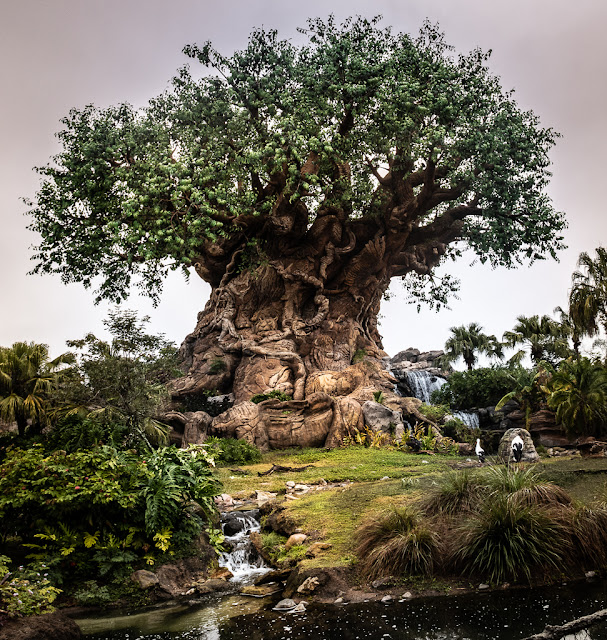 There are a few animals in the park, some free range, like this bird, who just sat in the shrubbery a few feet from where we sat to have a snack. 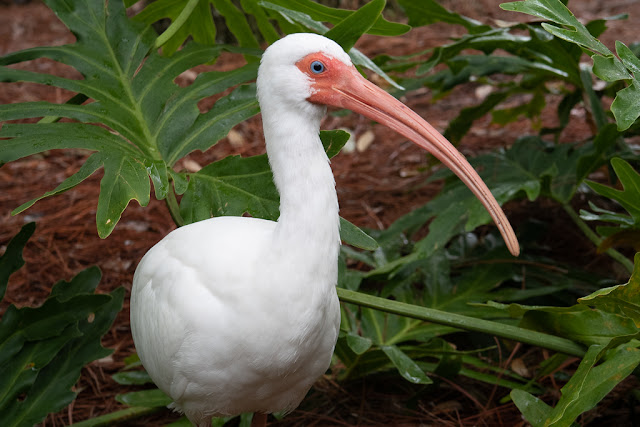 Timon, Pumba, and the kitten king were there too.  So we got our photo taken. 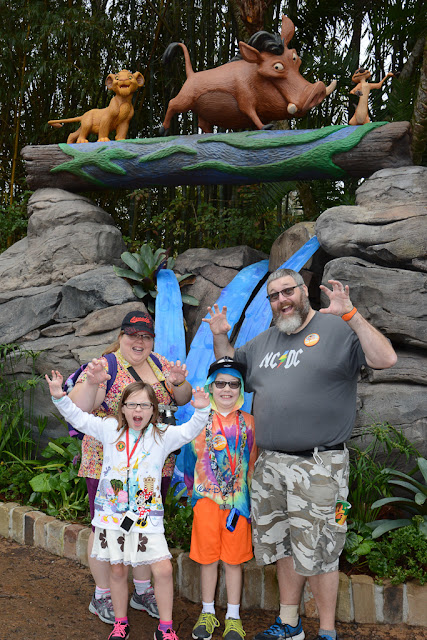 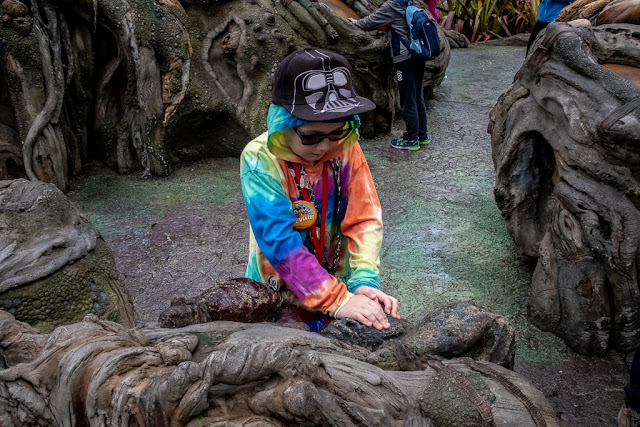 It was at the Avatar section that the youngest got her face painted. 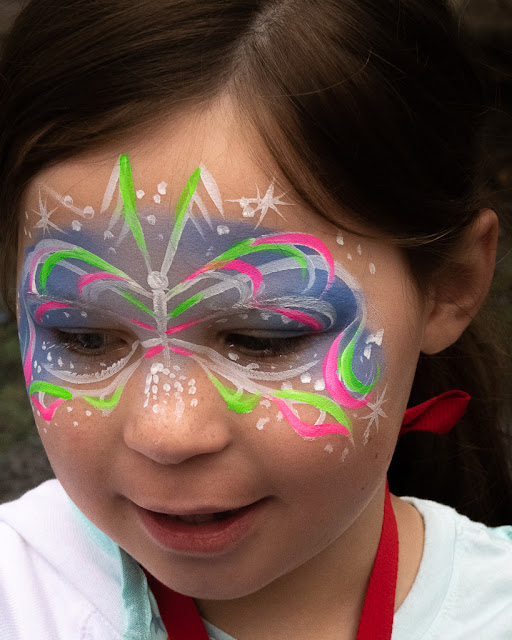 After going on a few rides, we went on Safari.  It was one of the few times we saw actual live animals.

The ride was actually done in a real truck, which was odd for a theme park, but it was nice.  We sat in the very back, and managed to squeeze off some photos between bounces and jostles.  It is the one ride I had that day that I wish was a lot longer, as its almost impossible to appreciate animals of this size without stopping for a while. 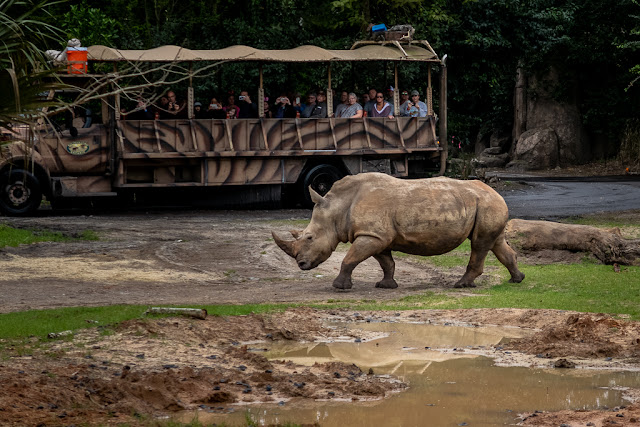 In the Asian section we stopped for some more photos.  It was a snake.  Oooh. 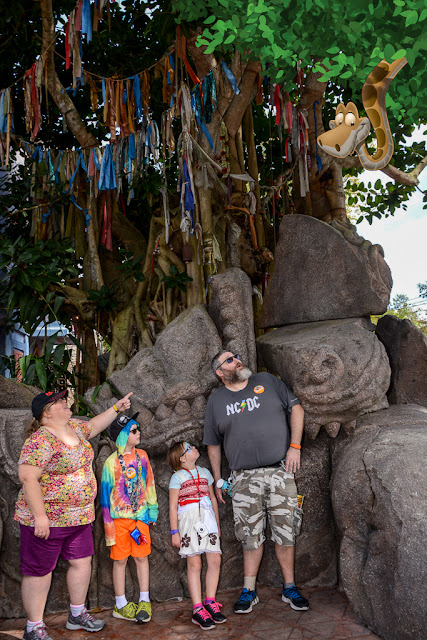 In the mid-afternoon the girls went back to the hotel to rest.  Zeke and I went on one more ride to chase down a dinosaur.  This image was captured along the way.  Zeke looks unimpressed because his motion sickness kicked in, however aside from that he liked the roller-coaster style ride. 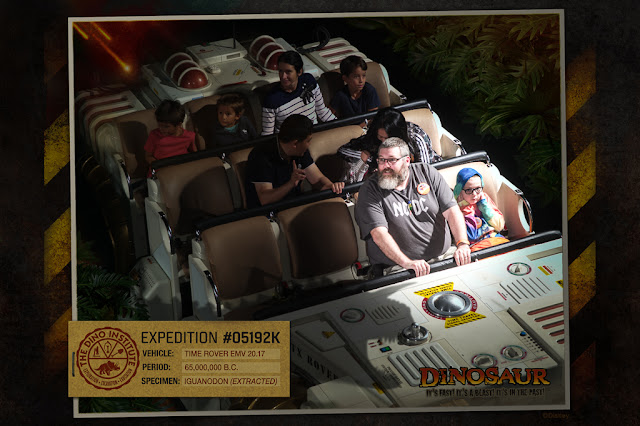 That evening we headed over to Epcot to check out some of the night lights and other things. 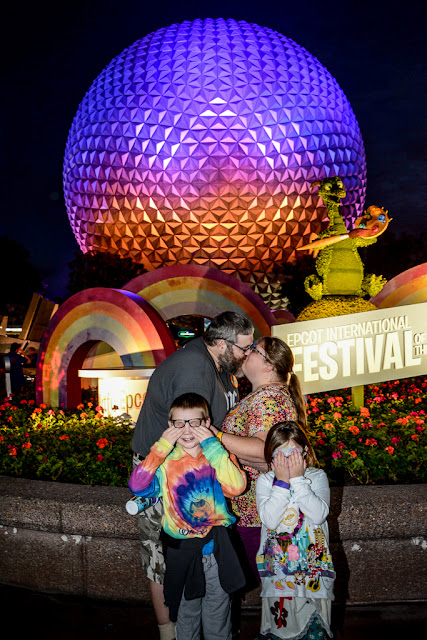 Thats pretty much it for day two.  Not a lot to tell really. Some fun was had, but not a lot of stories to tell.  The rest of the week gets a little more exciting, so stay tuned, if you dare.
Posted by Dave DeBaeremaeker at 8:15 PM