While I love toy photography, one of the frustrating things about it is finding props and other things that are at the proper scale for my action figures. Recently I have discovered that I, along with a maker space I have access to via my employer, have the ability to create some of my own props.

One of my recent projects is a skull.  I have often wanted a good looking scaled skull, so I decided to make one.

This is the finished result. 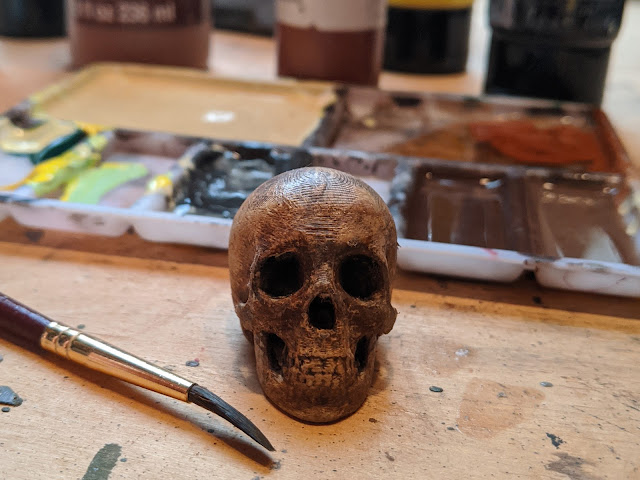 The skull started out life as a long filament of 1.75mm grey plastic.    I printed it off on the magical machine that is the 3D printer in the maker space.  Despite being pretty small (1/6 scale), it took 2.5 hours to print, so its handy I can do it at work between meetings, and while waiting for code to compile. 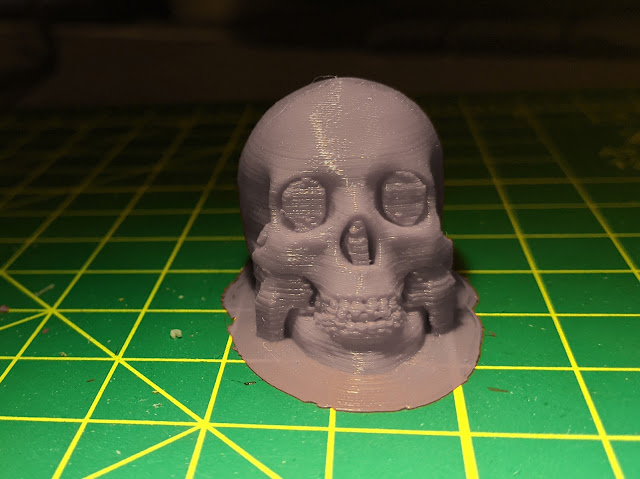 3D printers, at least the ones I have access to, work by laying down a thin layer of hot plastic, then once its done the first layer it shifts up a smidge and starts on the next layer, slowly building up the model. It is your basic future tech in the present.  We never got our promised jet packs and flying cars, but we got machines that can print objects out of nothing.  I think we got the better end of the deal.

When a model has holes and overhangs, the 3D printer will automatically add brims and supports, and infills, to ensure the plastic doesn't distort while it cools.   This is why the print above looks so funny - it is full of supports.

So the next step is to remove those supports.  Took about 15 minutes to remove them all, and then sand down some rough spots.  The "cleaned up" model looked like this. 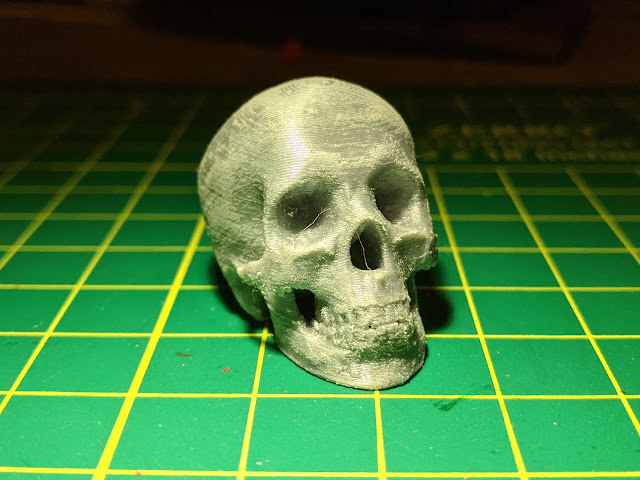 At this point I had a mini human skull, but it was an unrealistic and unphotogenic grey plastic colour.  Its off to the paints!

I started by spray painting on some primer (which, ironically, made the model even more grey).  I then covered the entire skull in a bone-white-ish colour using acrylic paint and a brush. 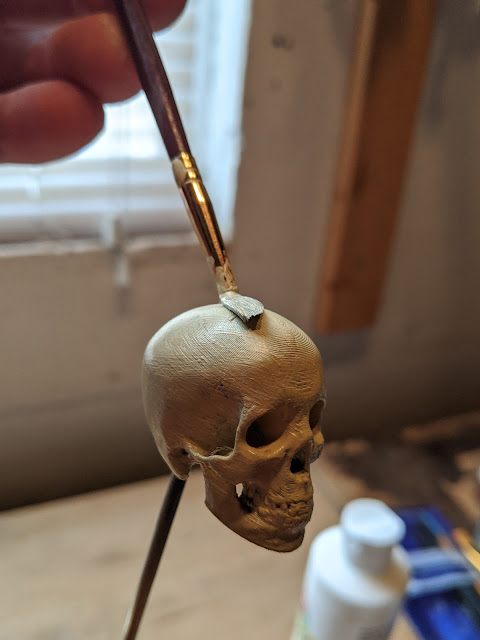 The painted skill is at least the right colour, but its still lacks character, so I used a series of black and brown paint washes to age up the skull, until I got it to look the way envisioned. 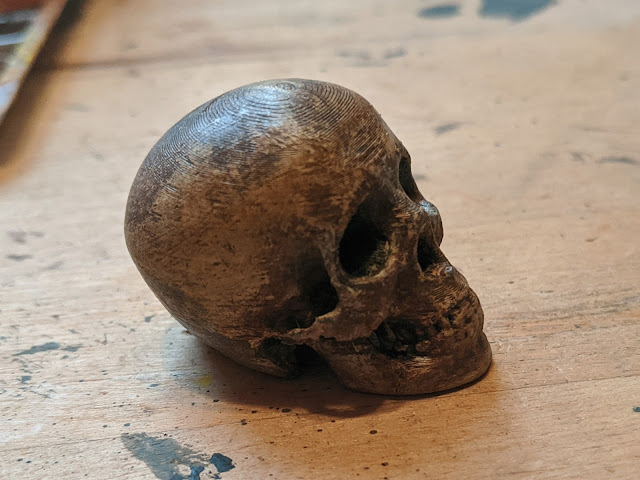 Isn't it amazing what a bit of plastic and paint can produce?

My skull is complete.  Now I just need an idea for a photo to use it in.  If you have ideas, let me know in the comments below.
Posted by Dave DeBaeremaeker at 7:15 PM

Wow. Quite realistic and creative. Don't recognize any family resemblance :)

Hey Dave, out of curiosity, where did you find the original model? Did you model it or find it somewhere ready to print?

Found it on thingiverse.com