Behind The Scenes: Keys

The 28th round of the Photography Scavenger Hunt was the first one where I made all my own props and backgrounds.  This is a behind the scenes look of how I made the image for the word "keys".
The concept was a prisoner in a dungeon trying vainly to reach the jailors keys, and failing. Leaving only a skeleton behind.  I wanted to highlight the keys so the image would focus on the skeleton hand and leave the rest in the dark behind bars.
The final image looks like this: 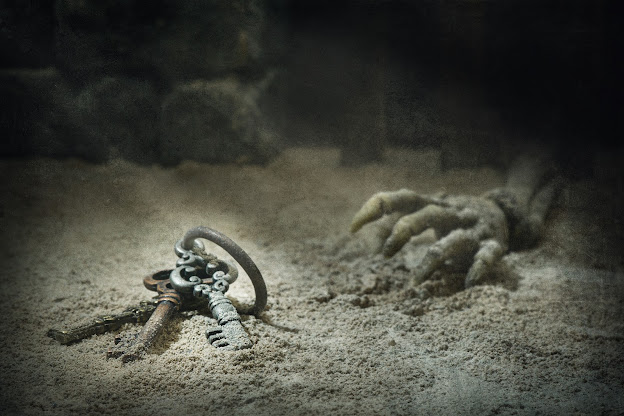 The skeleton arm came from a Grim Reaper I bought several years ago (and has featured in several previous hunt photos).  The keys are from a charm pack I bought at a craft store several months ago.

The majority of this shot was constructing the dungeon.  I knew my framing was going to be low and tight so I didn't need to build an entire set.  So I started by putting a chunk of foam in my lightbox, frame up the shot, and measure out the edges of the build. 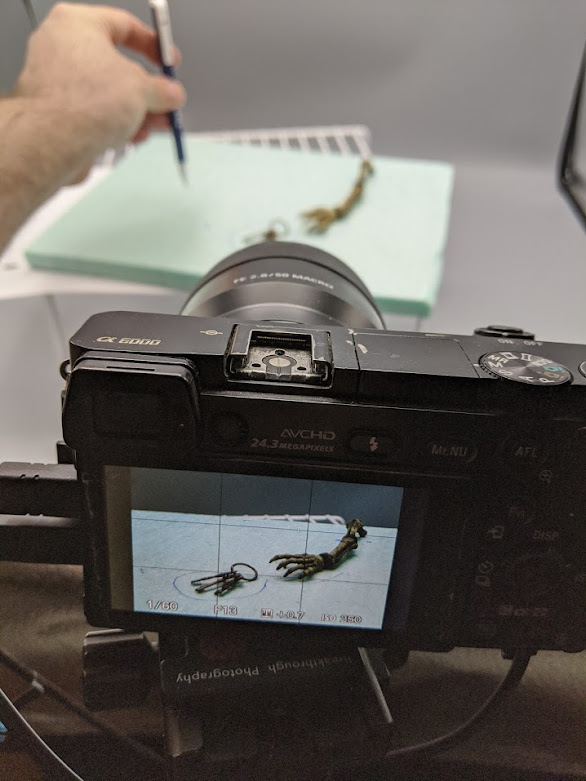 Once marked, I proceeded to build the dungeon.  I used foam for the bricks, and straws for the bars. 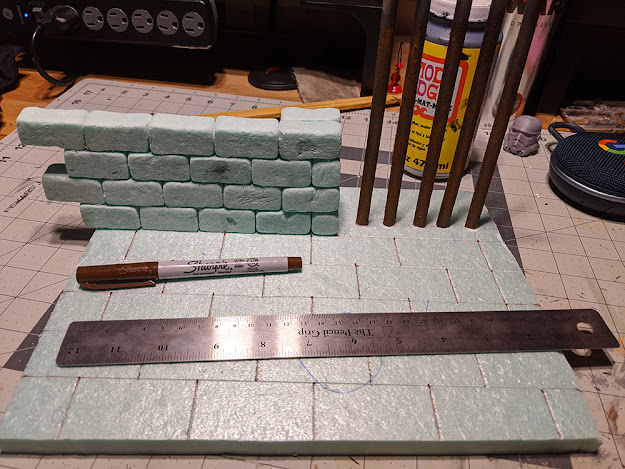 Once everything was painted up, I figured the dungeon would be thick with dust, so I created some.  My dust is a mix of sand from the kids sandbox, crushed up sidewalk chalk, and crushed up bits of dried drywall compound. 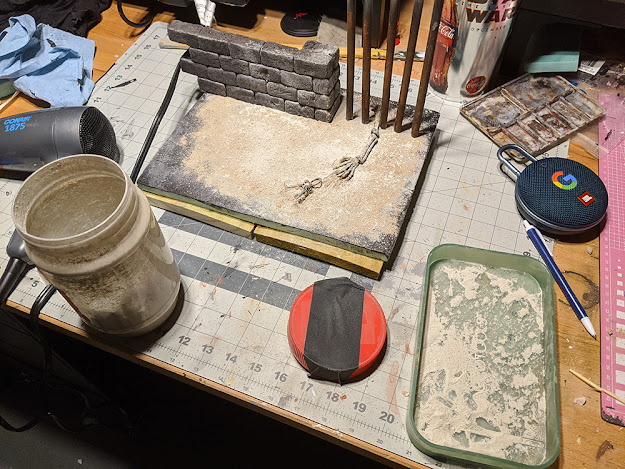 I then sprinkled the dust around, tossed in the keys and the skeleton arm, then moved it all to my light box to take the shot.