This is how I built the world for the word "water."

I had many ideas for this shot. At first I thought of a shot of sharks swimming in water, taken from below, so the shark silhouettes as the sunlight scatters across the surface.  It would be dramatic and awesome. I even bought two shark models to use.  However I couldn't think of a way to shoot it with the gear and water sources I had on hand.

Then I thought of the Nirvana Nevermind album cover.  If you are not familiar with that classic album (and it's a shame if you are not), the cover looks like this: 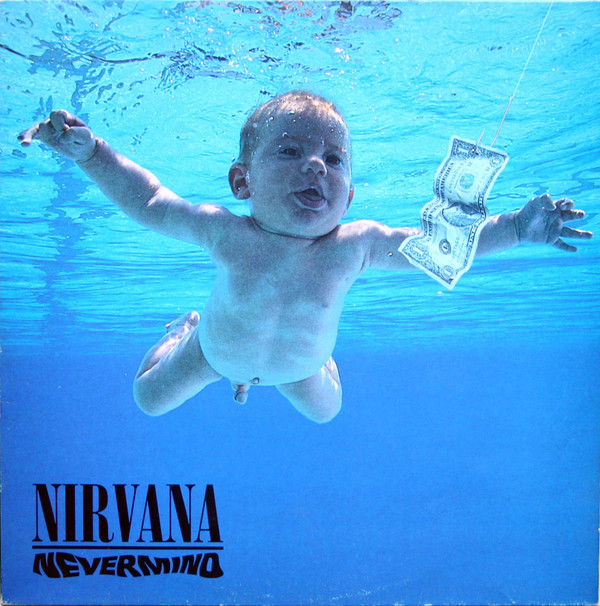 This was much more doable.  Of course. being me, I'd replace the baby (I am fresh out of those) with Deadpool, and the dollar (I'm cheap!) with a chimichanga (his favourite food).

Unfortunately, while I had a toy scale chimichanga, I lost it while setting up this shot and I couldn't locate it (its still missing). Even my wife with her mommy based super powers of locating lost toys was unable to locate it.  The 'changa is gone. y'all!  Reluctantly I reverted to one of the only other bits of plastic scale food I had on hand: a slice of pizza from my Teenage Mutant Ninja Turtle collection.

I started keeping fish during the pandemic.  I originally had a cool black moor goldfish in there (I called him Reef Vader), but he decided to shuffle off his mortal coil.  While tragic, this did have the added benefit of giving me an empty aquarium to use for water shots. Thanks Reef Vader!

I cleaned out the aquarium of all its fishy stuff (decorations, stones, filters etc.) and then set it up in my lightbox.  I filled the water up half way.  I hung the pizza on a bit of string from a board I laid across the top of the tank.

For the fishhook I used... a fishhook.   I went to Walmart to see if I could find a hook, but they didn't have any plain hooks. I ended up buying the cheapest rubber lure I could find and stole the hook from that.

I grabbed a 6" Deadpool from my toy box, posed him similar to the way the baby from the original cover, and then simply dropped him into the tank.   From the very first test shot I knew right away the idea would work. It just needed some tweaking.

My lightbox has a set of LED lights in the top that provides a decent amount of ambient light.  The background is swappable for different colours (white, grey, black, green), but it was set up for black.  As a result the background of the shot was too dark.  Similarily, since the only light source was from the top, Deadpools front was in shadow and way to dark.

I solved the background by grabbing a piece of foamcore I had hanging around (I get them from the dollar store for.. a dollar), and quickly slapped some blue paint on it.  I dried the paint with a hair dryer, so in short order I had a nice blue background.

I also tossed a Lume Cube in the bottom of the tank to give some light from underneath to solve the shadow problem. 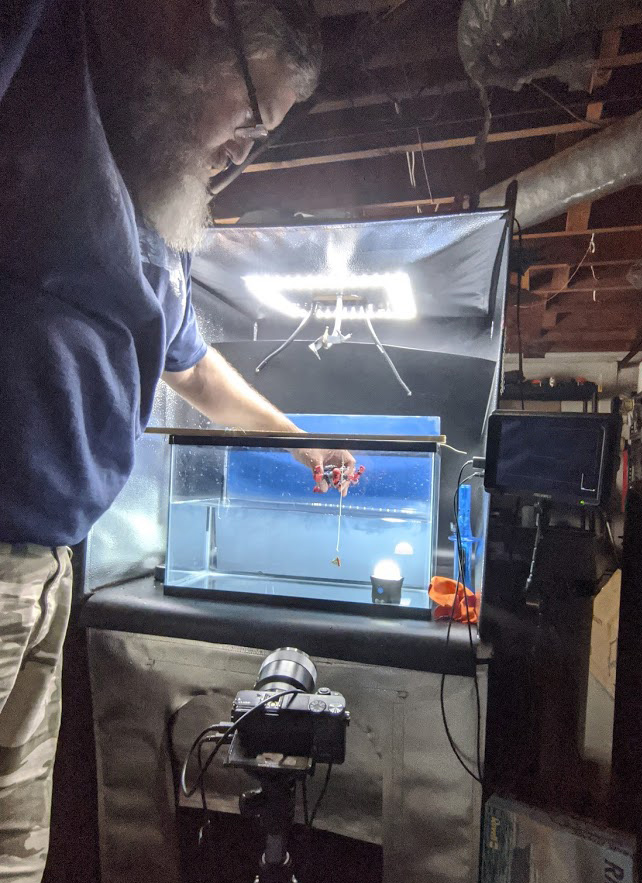 All that was left was to get the perfect shot.  If anyone tries getting practical effects with toys they will quickly learn there is a lot of trial and error involved.  A whole lot of trial and error.   I had several variables to work with that I had to get right every time.  First of all,  Deadpool needed to sink in the right orientation.  He also needed to be in the right pose. His arms and legs shifted a bit with each drop so he constantly needed adjusting.

He tended to flop to the left when he hit the water, so I had to drop him leaning to the right so he would flatten at the right moment in the frame.  He also needed to be dropped at the exact same spot in relation to the pizza so he would fall at the right distance from the pizza to get the framing right.

Also, If he was dropped too high he would move too fast, and bubbles would form around him.  Some bubbles are OK, but the bubbles were not to scale, so too many quickly became a massive distraction as it obscured too much of the figure.   At the same time I needed the surface of the water to be disturbed enough to catch the lights.  If he wasn't dropped high enough the water wouldn't be disturbed enough, and look flat.  Flat water didn't catch the lights and reflection enough to be interesting.  It was a delicate balance of all these factors.

I used a remote trigger on my camera so I could trigger it easily. I also had the shutter on a high frame rate, so I just had to mash the remote trigger down and it would take 14 frames a second.

I tried several times to get it just right, but I was frustrated with getting all the timing right.  Then I called my wife over to assist me with the Deadpool drops.  Eventually I figured out of he was held at the surface of the water, and he was released with a violent opening of the hand he would fall correctly, and the fingers quickly widening outwards would provide the right amount of surface disturbance, while still controlling for bubbles.

Altogether we made over 100 attempts, but due to the camera being on burst mode it took well over 1400 shots.  I eventually got the shot I needed, and this is what was submitted, straight out of camera, to the hunt: 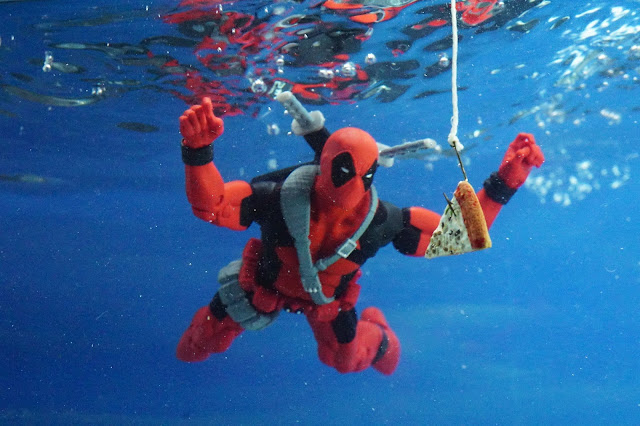 If you notice I had kicked up some sediment or something along the way, so there is some dust in the image that shone in the lights (it is more obvious in the original photo than the smaller versions on social media).  I processed the shot to remove those dust bits, as well as adjust some of the blue hues.  This is the final result: 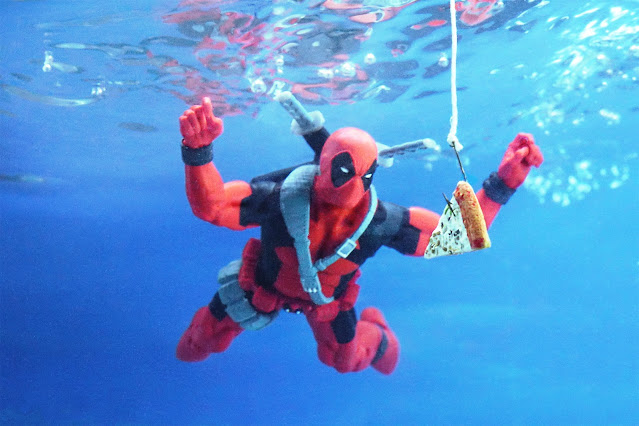 Posted by Dave DeBaeremaeker at 9:58 AM