Bears Across America: Race To Colorado 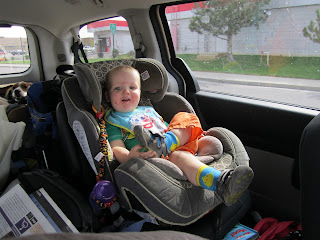 April 28 & 29, 2011.  The continued adventures of a family of bears on an epic road trip to explore the wild American west.

The last couple days were mainly travel days.  We needed to get from Las Vegas Nevada to Colorado Springs Colorado in two days.  We basically spent two days in the car with a stop in Albuquerque, so there isn't a lot interesting to talk about.

There were road signs, rest stops, and occasional hamburgers. At one point in time we may have broken out into song, cause ya know, who doesn't like a good musical?

The high plains of northern New Mexico and southern Colorado are pretty bland, but incredibly windy.  Zeke was literally blown over during a pit stop at the Colorado visitor center. 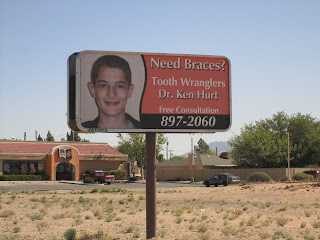 I don't think I'll be seeing that dentist.