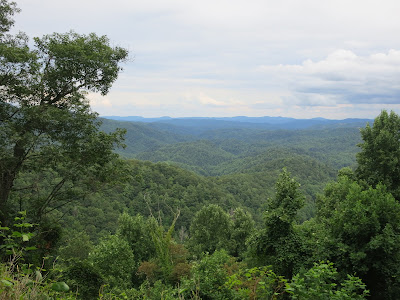 I have been jonesing for an adventure all week, so today after work I piled into the van and headed north to the Blue Ridge mountains.

My first stop was a cache that was published yesterday.  It is on a windy road in a remote part of Watuga County.  It was just a guard rail cache, but it gave me some amazing views (<-- see?) so I didn't mind so much.

I was also First To Find. Apparently cachers don't go out here that much (given the remoteness I am not overly surprised).  The FTF prize was 5 one dollar bills. Cha-ching!   I've never made money from a cache before - not to shabby for something I'd go out and do anyway. 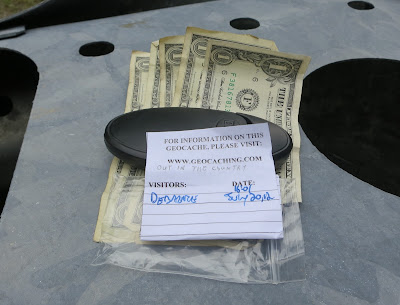 Armed with newfound gas money, I continued up the mountains to the Blue Ridge Parkway, where I did some more caching, and grabbed some photos for a photography scavenger hunt I am participating in (more on that later).

Frequent readers of this blog will know that the Blue Ridge Parkway is my absolutely most favourite road to be on.  The views are always amazing, and today did not disappoint.

I only had a few hours to explore, but it was enough to satisfy my urge to explore - at least until tomorrow.

I'll leave you with a few more pictures from my (rather short) adventure in the mountains. 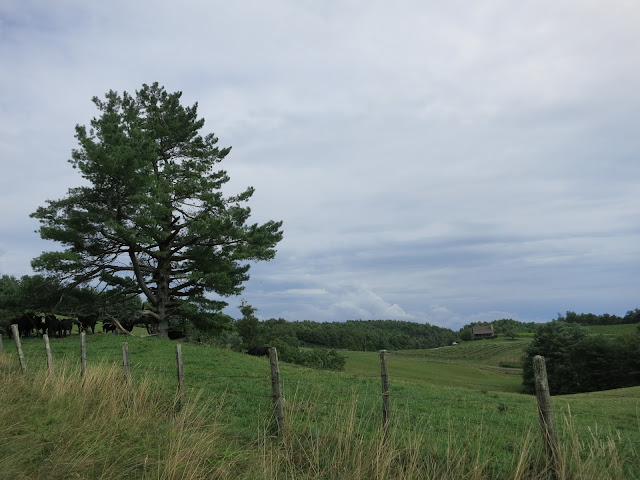 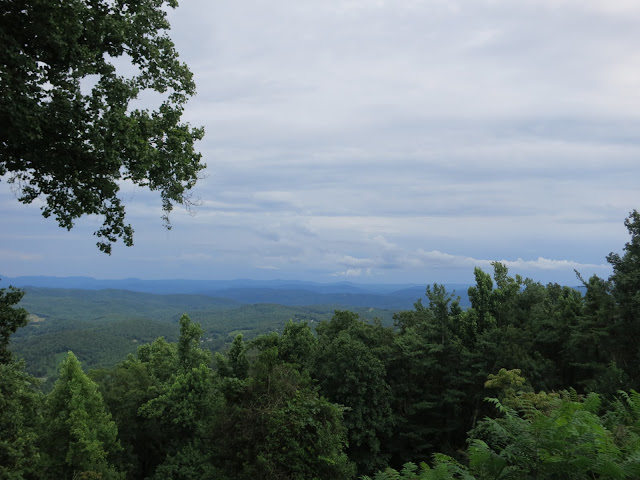 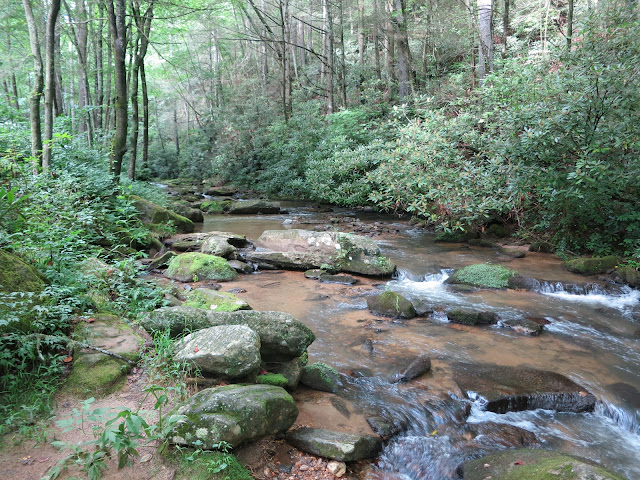 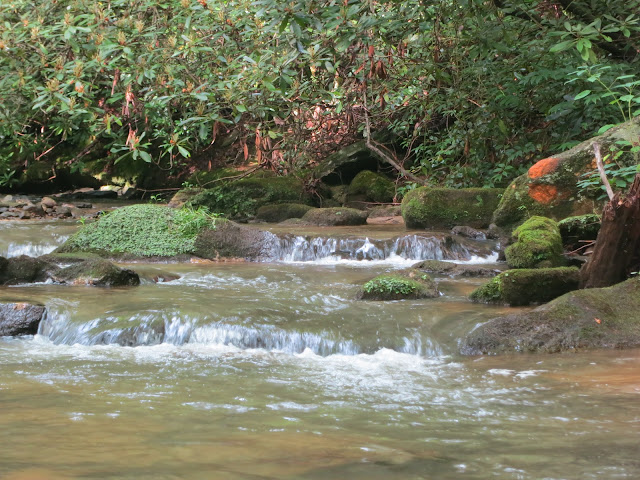 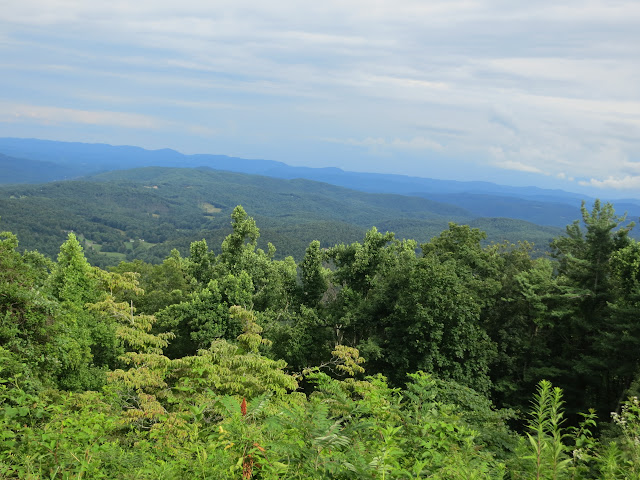 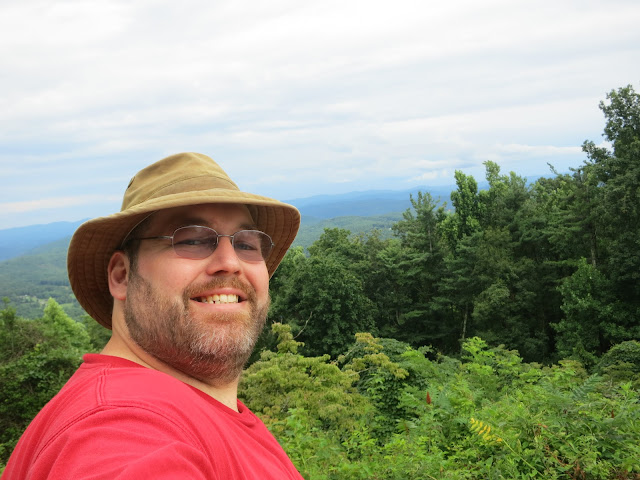 Money, geocaches, mountains and streams ..... That's a winning day all the way around!