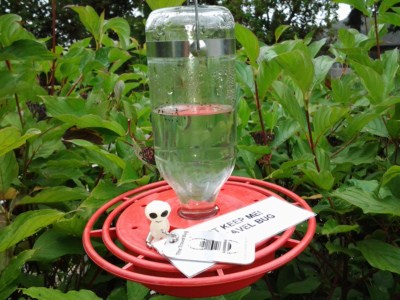 (Update: Just got word that the Australian drone just arrived, so all 8 are accounted for)

The following are some more pictures taken by the awesome cachers who have helped with this project.

The first picture was taken by idajo2 with Drone #1.  It is taken at her bird feeder in Washington. 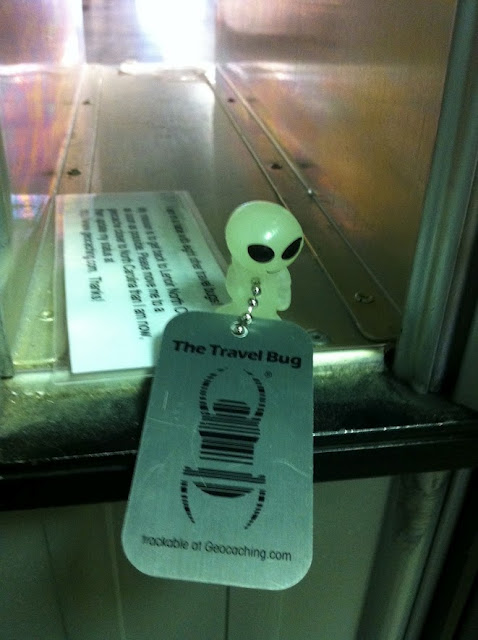 This guy is drone #3, released by darrylw4 (host of cacheamaniacs.com), and taken at his post office box when the travel bug arrived in Michigan. 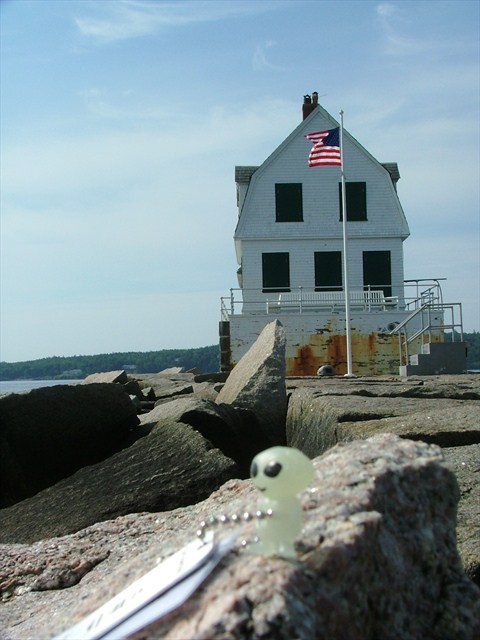 Drone #4 was dropped off at Breakwater Lighthouse in Maine.  Astute readers may remember brdad as being the creator of the most excellent travel bug, In Casus Ursus. 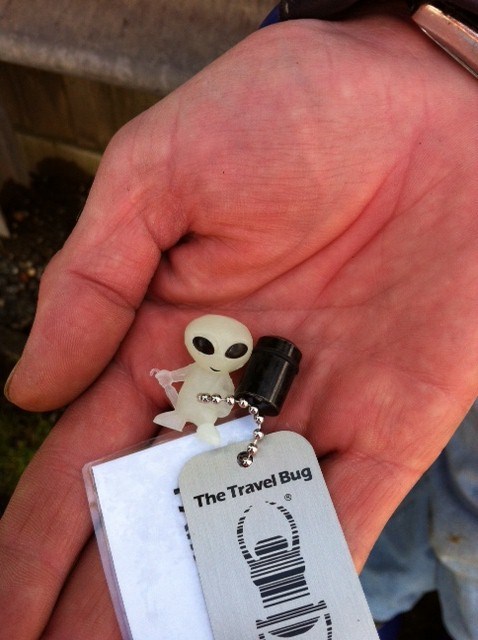 Drone #5 was the first alien to make it overseas.  Released by Luminesence, it is pictured here at the first cache the alien visited, a nano.  He is currently on a small tour of Britain before being placed in a cache to start his portion of the race.
Posted by Dave DeBaeremaeker at 8:49 PM

Such a fun idea. I still hope one comes my way!

I am really loving this idea!!! I wish one of them would come my way... but Spain isn't exactly on-route from either the UK or Denmark! :p