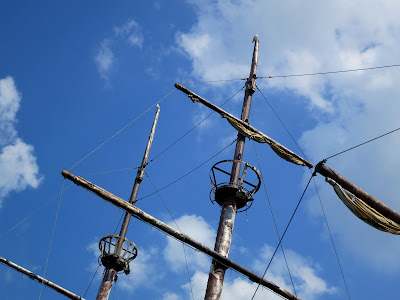 There is a shipwreck in Jordan Harbour, just west of St. Catharines Ontario, that is plainly visible from the highway known as Queen Elizabeth Way, aka the QEW.

I've seen the ship many times as I drove by at 100KM/h (or there abouts), but I never knew how it got there, or what the history of it is.

There is a cache on shore near the ship so I decided to grab it the other day, and in the process I learned a little interesting history about a local landmark.  I am sharing it with you now, because... well... it is what I do.

The ship is called La Grande Hermine II (aka The Big Weasel), a replica of the ship Jaques Cartier used when exploring and "discovering" the St. Lawrence river way back in 1535. 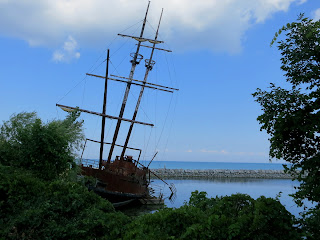 It is not clear from my research if this ship was created for the Expo '67 in Montreal or a different replica.  However it seems to have been used as a restaurant in Quebec City.

The replica ship was purchased by a businessman who moved it herewith hopes of using it for a different restaurant.   That dream never materialized (Dreams can come true, they can happen to you, but not if you are this guy).  The ship caught fire in 2003 under "mysterious  circumstances" and is now, literally, a burnt out wreck sitting in the harbour.

Ownership of the boat is in question (the man had many debts it seems), so now it sits, run aground, in Jordan Harbour.  It us now just an interesting sight for drivers of the QEW (I used it as the point where I started moving to the slow lanes to make the exit for Highway 406 when I was dating my wife).

If you are ever out this way, stop by and take some pictures of this little piece of history for yourself, like I did: 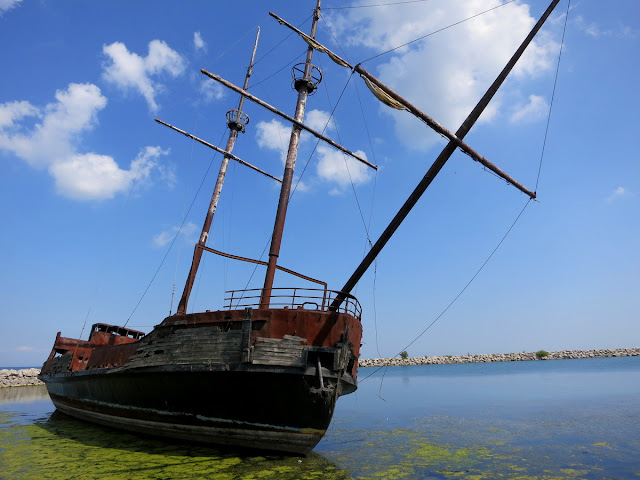 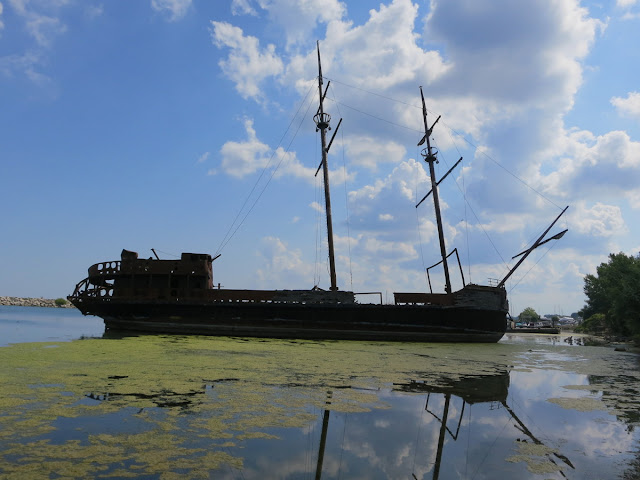 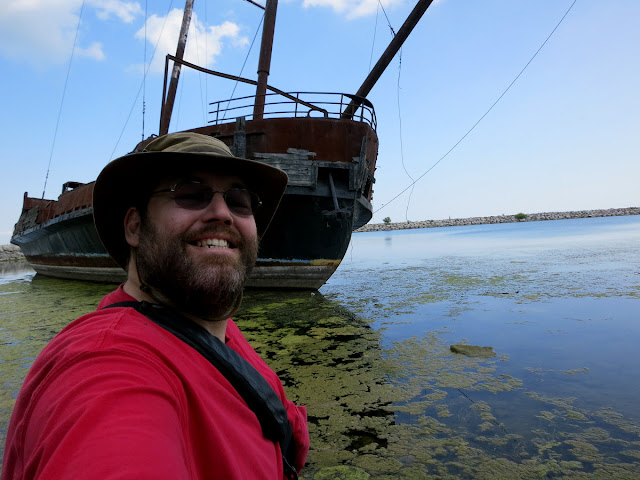 Posted by Dave DeBaeremaeker at 9:04 PM