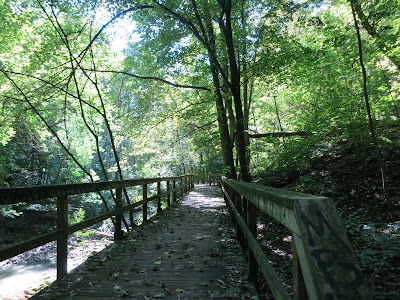 This is the second part of my wanderings through Toronto Ontario. (the first part is here). I spent most of the day geocaching, and taking in the sights, sounds, smells, and tastes of Canada's largest city.

One of the first things I discovered was that there are a large number of trails that run through the city along various creeks and rivers.

When you are on these trails you are barely aware that you are in the largest city in Canada.  A very handy way to get a quick break from the urban noises and landscape for a while.

These are some more pictures from my days wandering:

Urban art: aka graffiti, on a bridge support under St. Clair Street. 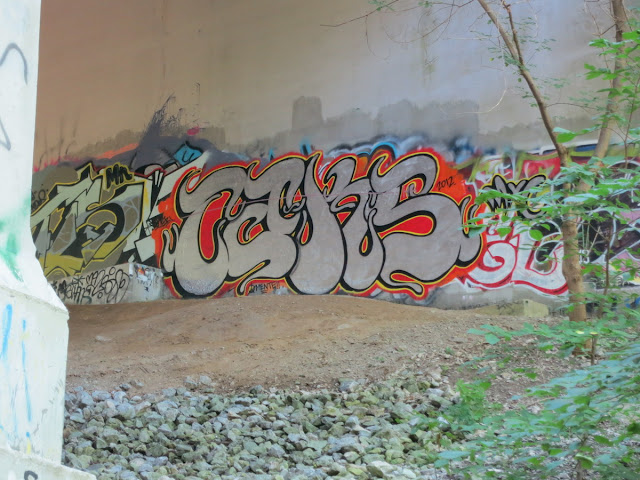 Many of Toronto's residential apartment buildings use this architectural style. 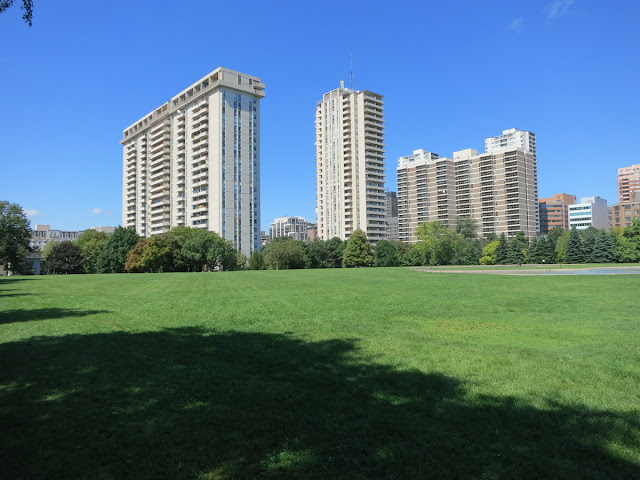 Casa Loma is a house built to resemble an old european castle.  Before it could be completed in 1914 the owner went bankrupt, so it was never used as a house.  Now it is a tourist attraction.  The same architect that designed the old city hall designed Casa Loma as well. 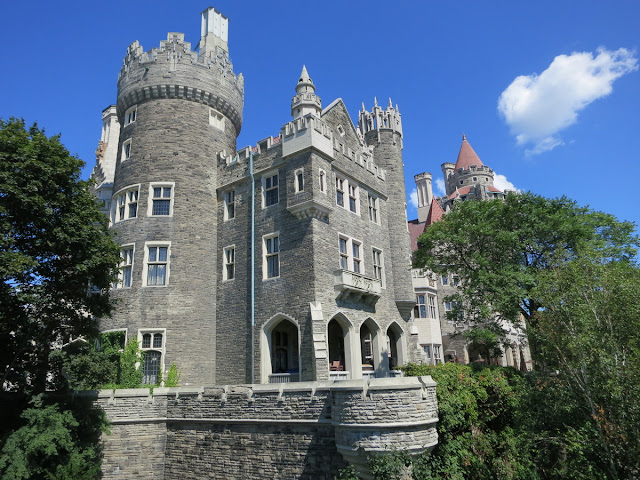 Spadina House.  Its large and old. Other significant attributes?  Photogenic, and host of two geocaches. 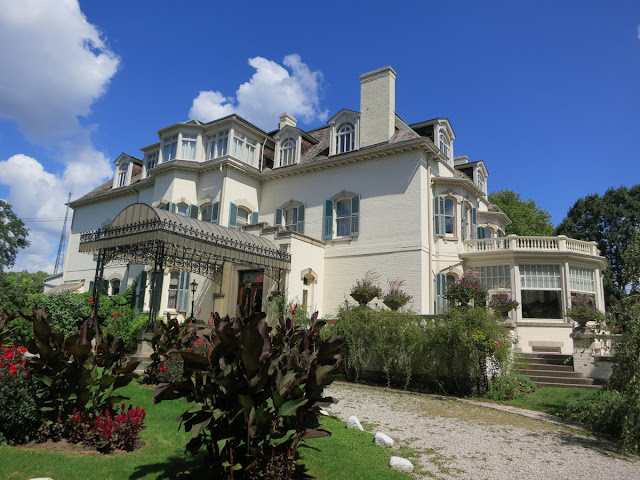 Outside the Toronto Metro Convention Center on Front St in downtown Toronto is the best place to get  poutine.  Toronto street meat is also known for being the best in the world (at least by me, and the Barenaked Ladies) 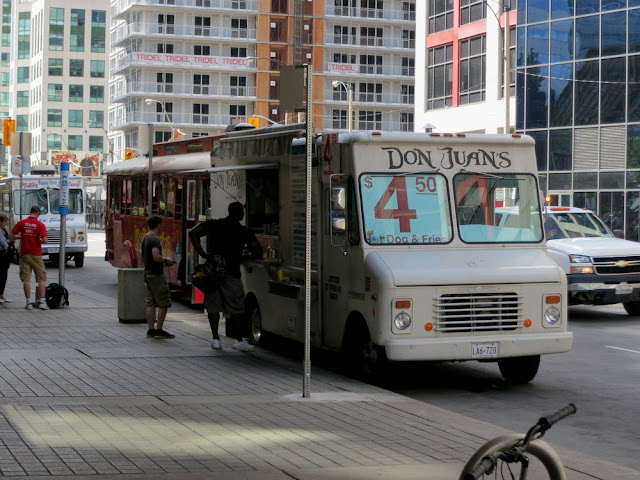 Poutine:  Fries with cheese curds and gravy.  A french-canadian delicacy.  It is amazingly tasty, and tho it will likely be the cause of your next heart attack, it is perfect food for surviving those cold Canadian winters. 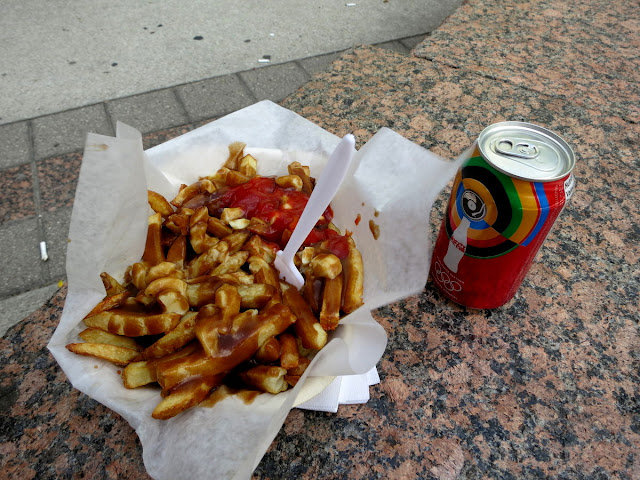 "The Audience" is a sculpture hanging from the Skydome (now called the Rogers Center by those that are not old enough to remember the original name of the place), where the Toronto Blue Jays play. 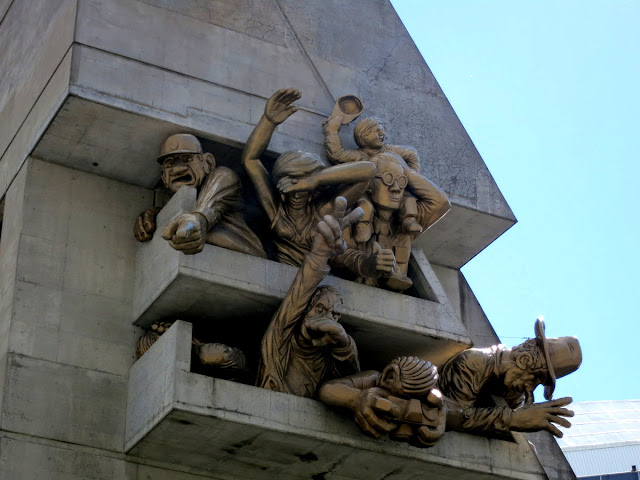 The Go Train is a mass transit train system that brings in commuters from outside Toronto to the city. This one is pulling into Union Station. 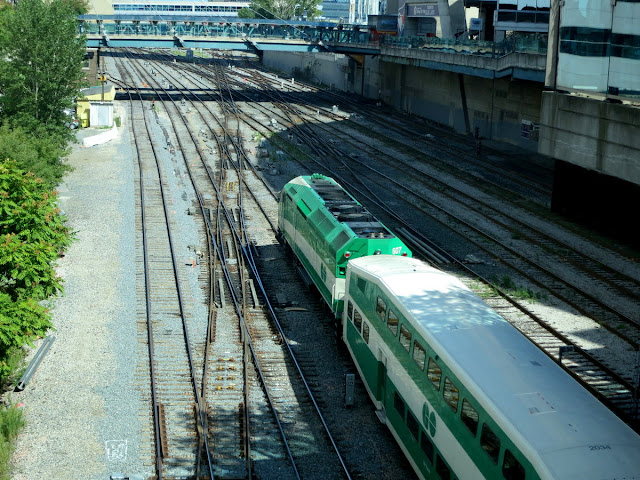 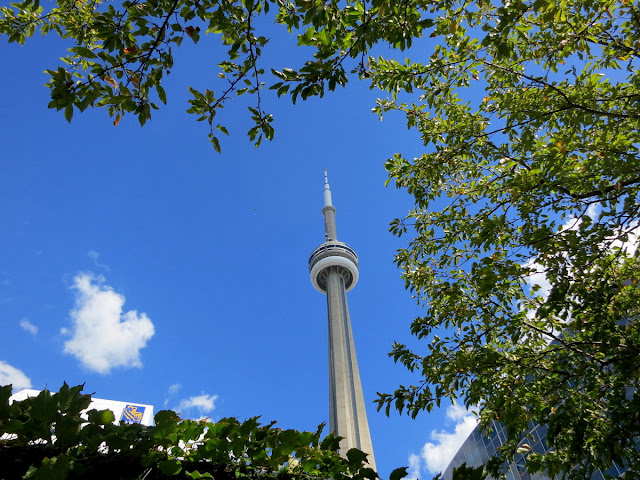 An old rail line from a park above the tracks heading to union station (above). 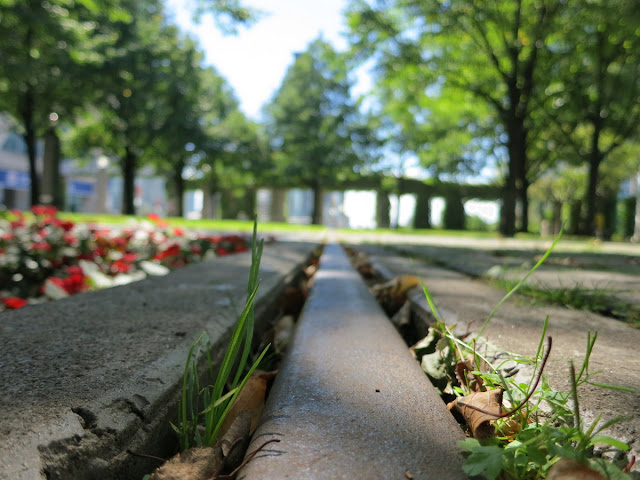 Oooooooh *hand in the air*. Please sir.......we have been up the CN Tower, but it was a long time ago now. In fact from our hotel room we could see the tower. Geat views, and the glass floor!!! The tower that is, not our room! Eventually my daughter and I grabbed each others hand and walked across the glass floor......why oh why do our knees shake as we walk across a glass floor, whilst children before us were jumping up and down on it *gulp*

That last shot is my favorite.