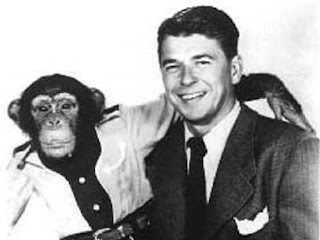 Some of you fine folks may remember a movie Ronald Reagan did with a chimpanzee named Bonzo way back before time began (at least for me), in 1951 called Bedtime for Bonzo.

Turns out that after his moment of fame as the sidekick of the pre-President, he joined the circus.  In 1969 as the circus was passing through northern Pennsylvania, he got sick and died.  A local vet arranged to have him buried in the Hearthside Rest Pet Cemetery (right where the I90 and I79 meet). He rests there to this day.

Today I was passing through the area so I stopped by to pay my respects (OK fine, you caught me. I had no real emotional attachment - he is just a monkey after all, and died 5 years before I was born) (yes. I do realize that he doesn't have a tail and therefore is not a monkey, but is, rather, an ape) (no, I never did see the movie) (I also never voted for Reagan) (note to self: my inner thought process is getting way too lengthy, better wrap this up before they lose interest) to this icon(really?) of American cinema.

How do I know all of this (semi?)-interesting facts about Bonzo?  There is, of course (you know me so well) a geocache at this cemetery that filled me in on all of the details.  So now you know too. Convenient eh?

If you ever find yourself in the neighbourhood, stop by and check out the final resting place of a chimp named Bonzo.  You may even get yourself a smiley. 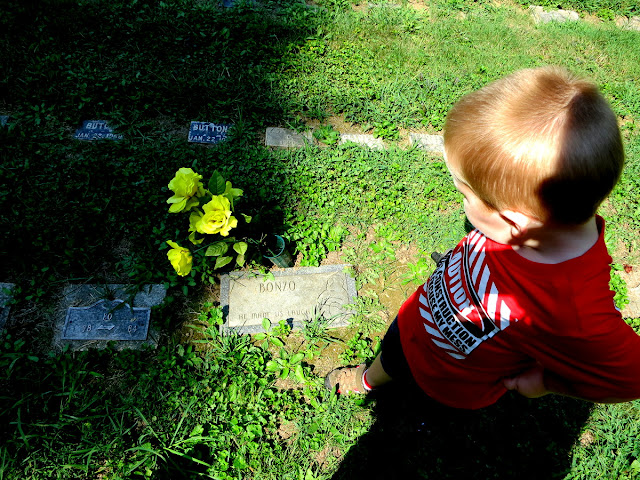 The geocaching adventures and the final curtain call is given here. Know all about it