Most folks who read this blog on a regular basis should be familiar with geocaching travel bugs - objects with tracking numbers that get moved from cache to cache. 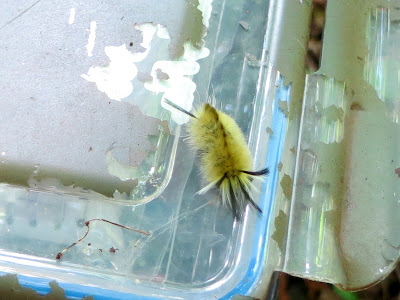 Now I have seen bugs at cache sites, and ants and slugs on containers, but they were always busy scurrying about. These guys seemed to be waiting patiently to be discovered.

One would think that this would be more common, but it took over 1600 finds before I found my first one, and just a few more to find my second.   They were both Woolly Bear Caterpillars.

The first guy was on a lock'n'lock cache container, just waiting to be discovered and moved.  I managed to open the container, sign the log, and put everything back without him moving, so as far as I know he is still out there waiting to be moved. 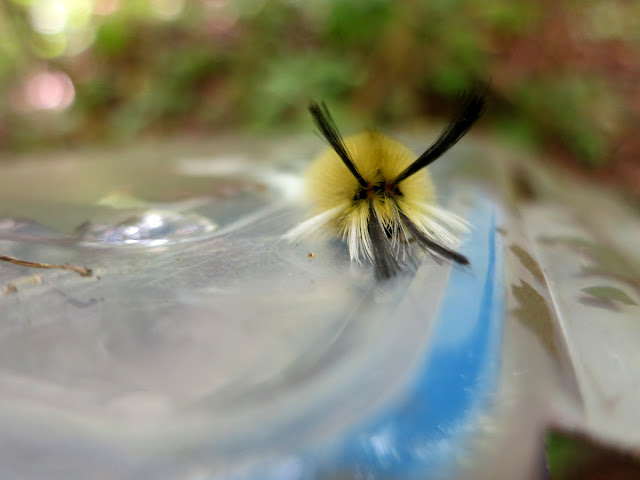 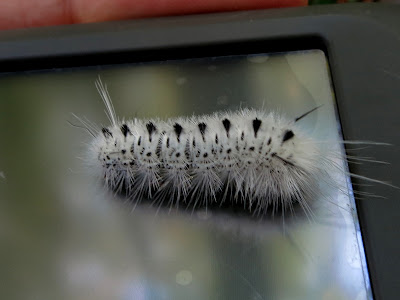 The second one is a hitch hiking white Woolly Bear.  I was out on a cache run, and I pulled out my GPS to find the next cache and he was just sitting on it.

I placed him safely back on a leaf before I moved on to the next cache. 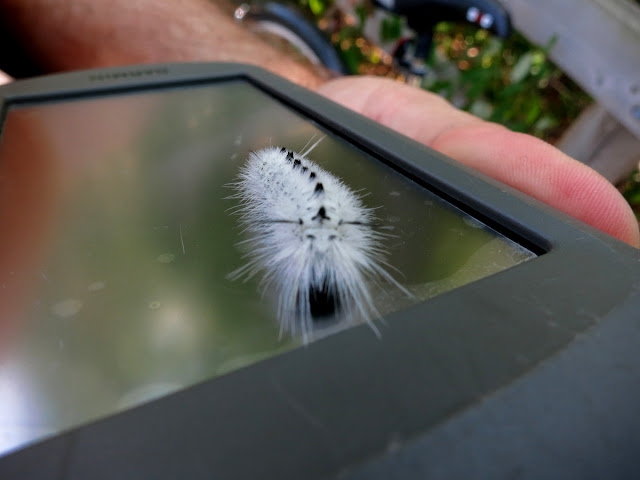 Posted by Dave DeBaeremaeker at 7:52 PM