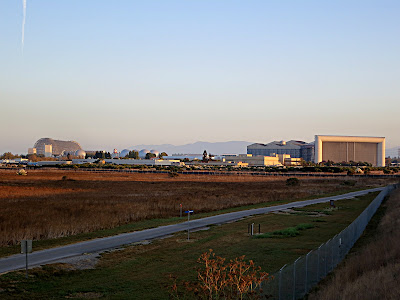 The NASA Ames Research Center, located on Moffet Field, sits just down the road from the Google main campus in Mountain View CA.

It houses several large hangers, which are a major feature that can be seen as you drive on the interstate through town.  Some of these hangers are big enough to house full size blimps. The facility is in active use today doing research on almost all of NASAs projects, including lunar rovers.

Mythbusters has used these hangers for busting a couple myths (a couple myths being: Can you fold a piece of paper more than 7 times, and can you lift a person off the ground using helium party balloons).

For more, official, information on Ames, check out their website: http://www.nasa.gov/centers/ames/.

I have often seen the large hangers from the highway, but I have never had a chance to take any decent photos.  On my last trip out to California I did some exploring and found a great place to take some photos.  I got as close as I could, which isn't that close.  Apparently civilians can get into the center, but they have to be US citizens (which I am not), so I had to settle with taking pictures from a walking path that runs along the back side of the facility.

Here are some photos of the center: 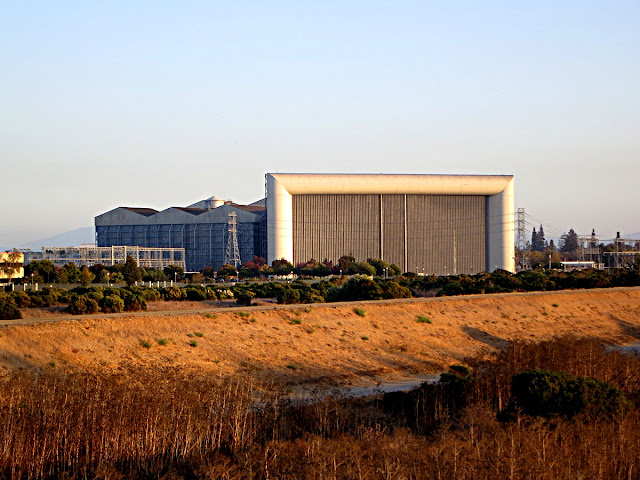 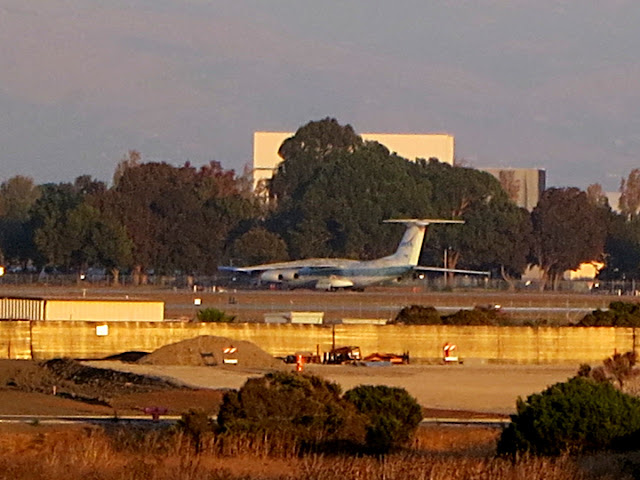 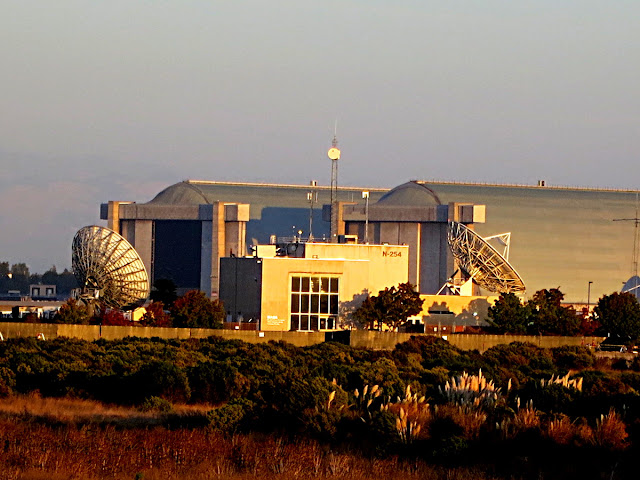 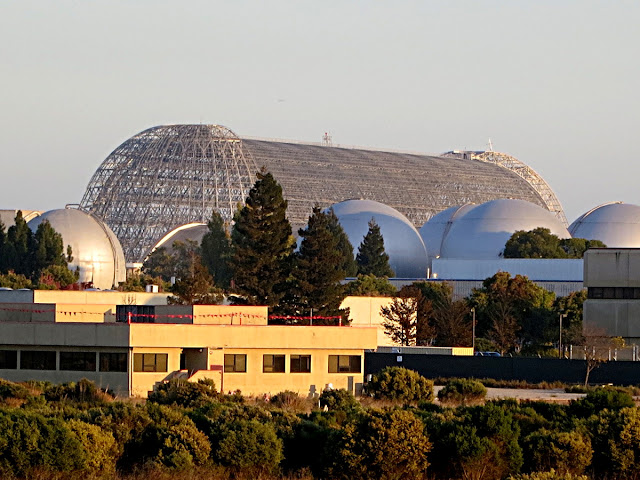 Ames is also host to NASA DART, Disaster Assistance and Rescue Team.  This is a photo of their training facility: 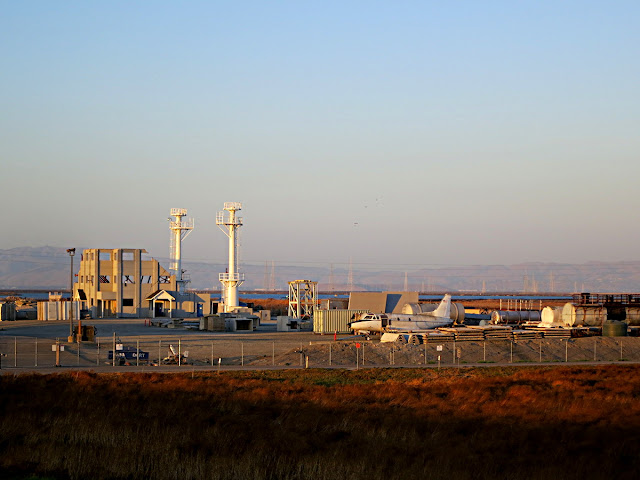 These pics are not of Ames itself, but a couple things I saw in the area that seemed to make good photos. 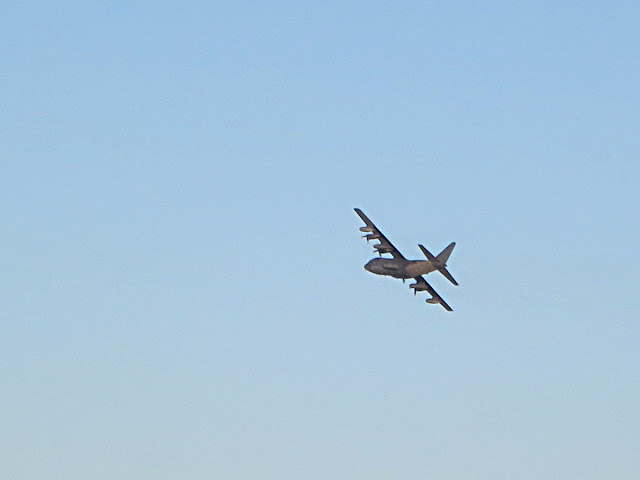 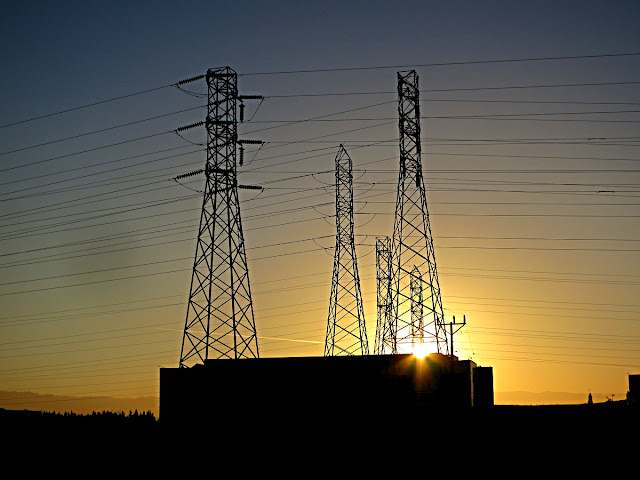 Posted by Dave DeBaeremaeker at 3:32 PM