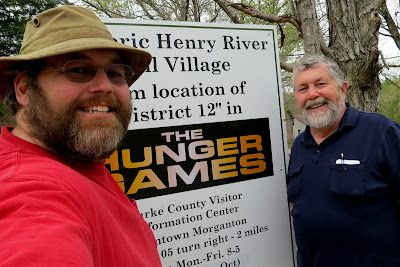 You may not be aware of this but the movie The Hunger Games was filmed entirely in North Carolina, and the District 12 scenes were mostly filmed just south of Hildebran NC, just 20 miles or so south of my house.

On Sunday my father and I went to Hildebran NC to do some geocaching in Hildebran.  The last cache we did ended up being in the middle of District 12.

I am not normally a huge movie fanboy, but it was rather interesting to explore a location that featured so prominently in a blockbuster movie. 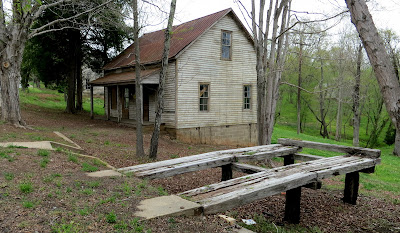 From what I can gather the location that became District 12 was a settlement for workers at an old mill that still stands nearby.  The place is a ghost town now, with perhaps 20 run down houses, some utility buildings, and a few out houses are all that remain.

Most of the village doesn't look like it has been touched in any significant way in many years.  The only signs that a film was produced here are the hand painted "pastries" and "cakes" on the large brick building that was the towns bakery in the film, and a sign advertising Hunger Games themed tours. 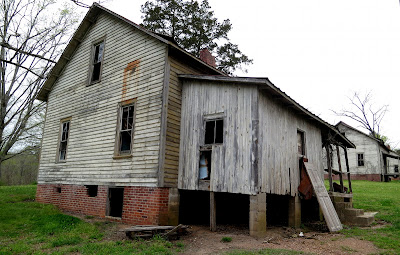 We didn't go on a tour, but our short walk through this abandoned village was enough to get a sense of what was once a charming little community, and is now the embodiment of a dystopian future.

There have been reports from other cachers that they have been told they were trespassing while hunting for the geocache, so it has since been archived.  However you can see the buildings from the main road so if you are near the area, you may want to drop by and see for yourself.  In the mean time I'll leave you with some shots of District 12 in all of its dystopian glory.

May the odds be ever in your favour. 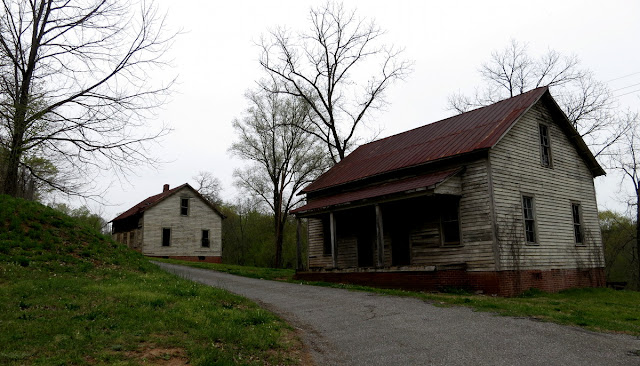 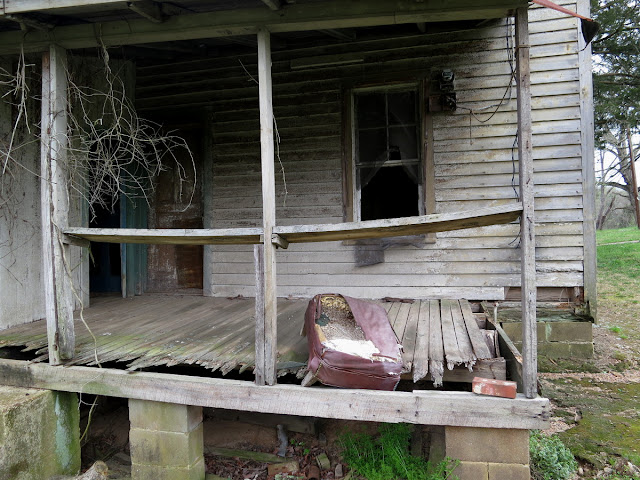 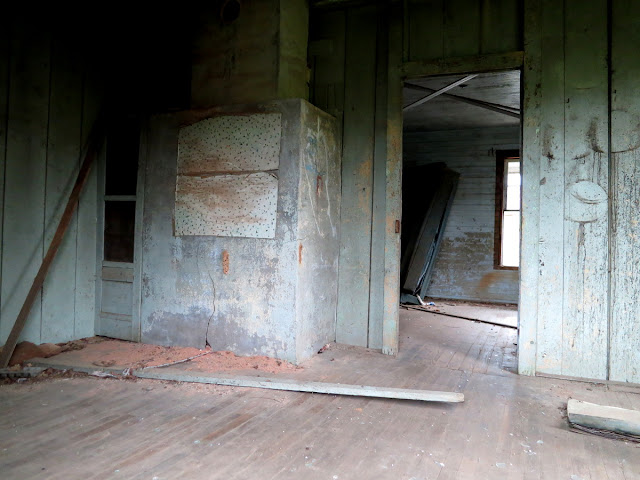 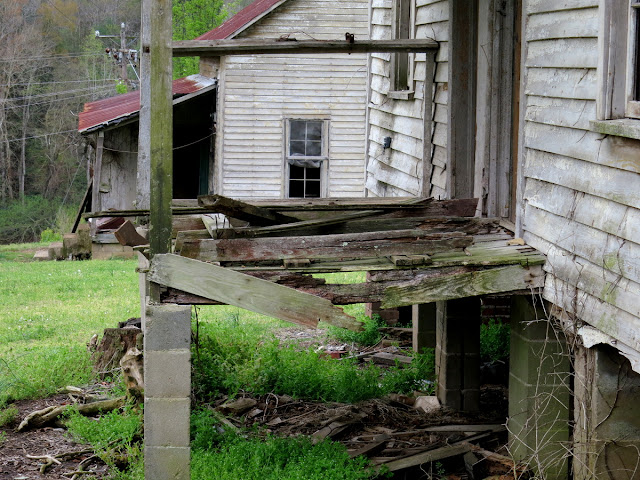 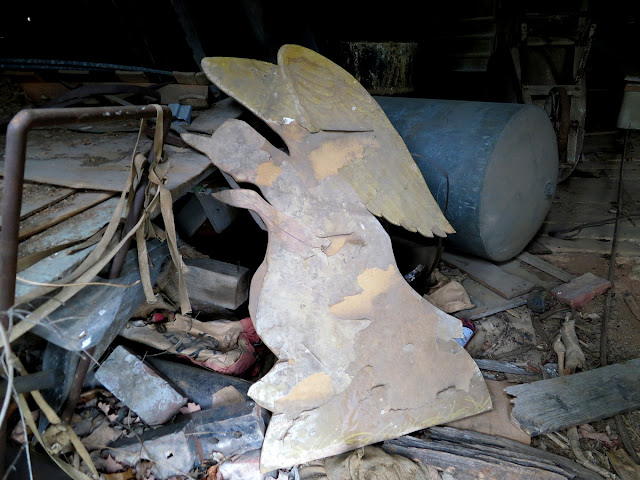 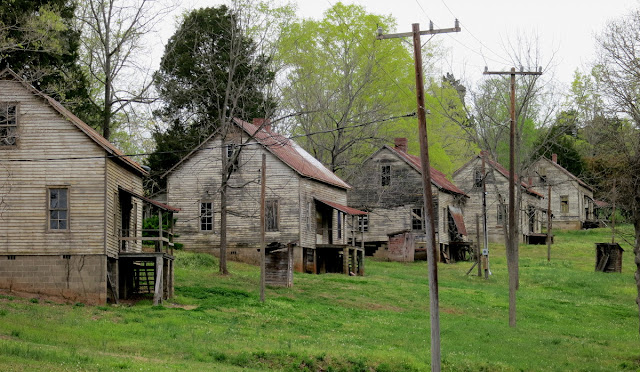 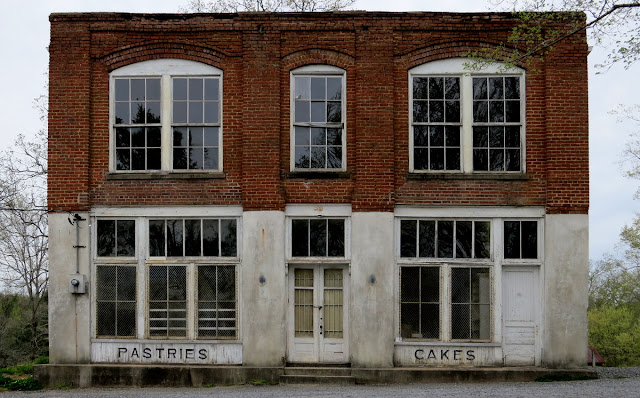 Posted by Dave DeBaeremaeker at 11:20 PM

Cool! I am a big movie fan and I always enjoy seeing the real life locations used in films! I totally get the District 12 vibes from these photos... :o)

Excellent! The wife has read all the books, is a huge fan of the movie, and dragged me out opening weekend. She has it on DVD, and I've seen it many times. I'll admit to being a fan. I would love to see this abandoned village, very interesting.