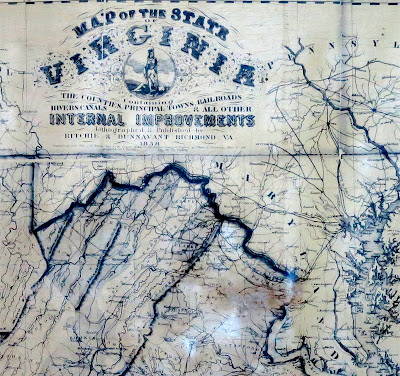 We started the day in Salem VA, and drove the rest of the way thru Virginia and into Maryland.  We stopped at a hotel in Elkridge MD, just south of Baltimore.

Along the way we had all sorts of adventures.

Our first stop was a large TB hotel.  When I say large, I mean it.  The  cache held several smaller containers - one for the logbook, one for trade items, and a 30cal ammo can for travel bugs, all inside the main cache container.  We traded some TBs then moved on down the road to a letterbox hybrid cache at the Shenandoah Caverns. 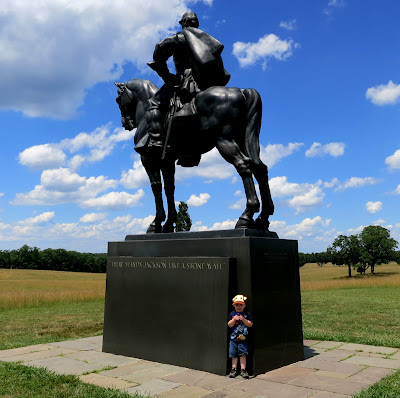 We didn't have time to explore the caverns, so we just found the cache, then headed over to let the toddler feed some goats, cause: goats. We then ate sandwiches, cause: lunch!

After lunch we went to the most interesting part of the trip: The Battlefield at Manassas.

This battlefield was home to two of the most infamous battles of the American Civil War:  The First Bull Run, and The Second Bull Run.

We spent some time touring a couple of the historical sites.  I wish I had more time to explore the battlefields, but that could takes days, and we only had about an hour to spend.

After the battlefields Zeke and I did a book exchange cache.  After that we pointed the car towards the hotel. 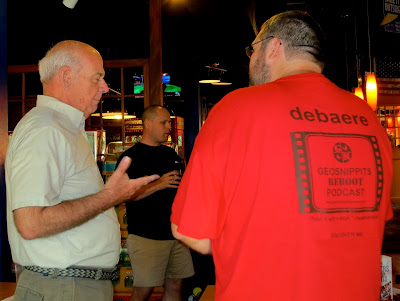 Once checked in we had one more thing on our agenda: a geocache event held in my honour(? - not sure if it rates "honour", but my name was in the event title).

So we headed over to the event location (Fuddruckers!), and spend almost two hours chucking burgers down our throats, and meeting some awesome Maryland geocachers.

We finally landed back at the hotel so we could put the kids to bed.
That mission accomplished we were able to finally sit back, relax, and reflect on the days adventures.

The area around the Shenandoah Caverns is full of interesting statues - basically they look like over-sized lawn ornaments.  The kids loved them. 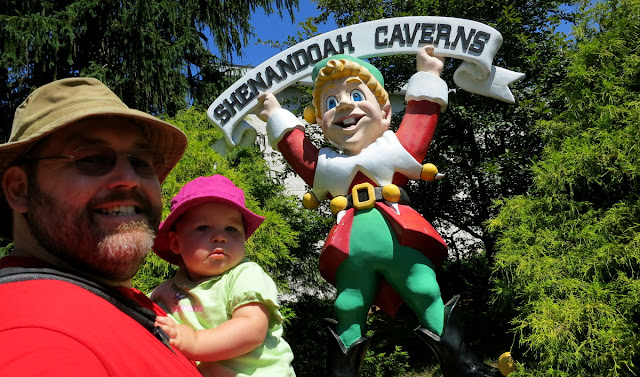 Abigal waiting on a bench for her brother to get out of then bathroom so we could go hang out with the goats. 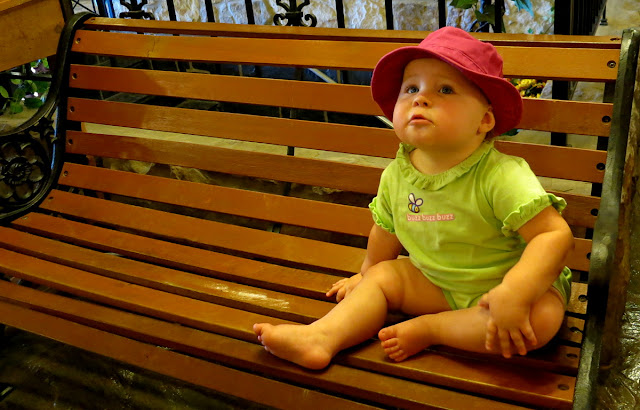 As you can see, we made it! What we didn't know until we arrived is that we made it just in time.  A wedding was scheduled in the building near the goats for the afternoon, so we were likely the last folks to see them before the place was closed for the ceremony. 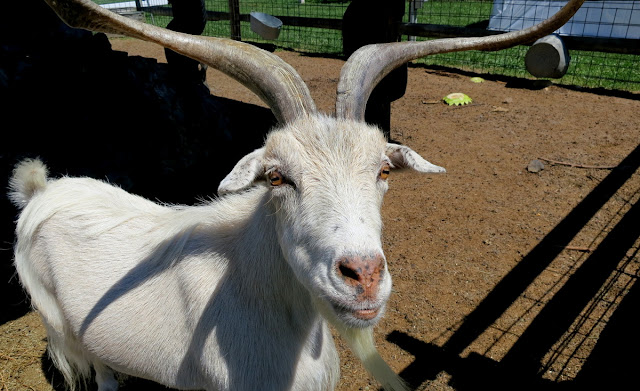 One of the largest ornaments is this frog with a magnifying glass. Seemed appropriate for a group of plucky geocachers on the hunt. 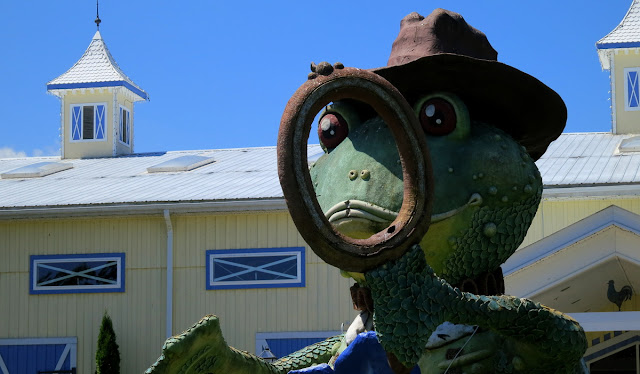 This is an old tavern on the Manassas battlefield. During the battles this house was used as a make-shift hospital for injured troops.  They say the blood drenched the floors, and flowed like a river.  Kinda nasty.  War sucks.  Nice house now tho.  Secret tip:  It now has air conditioning, so its a nice place to get out of the summer heat. 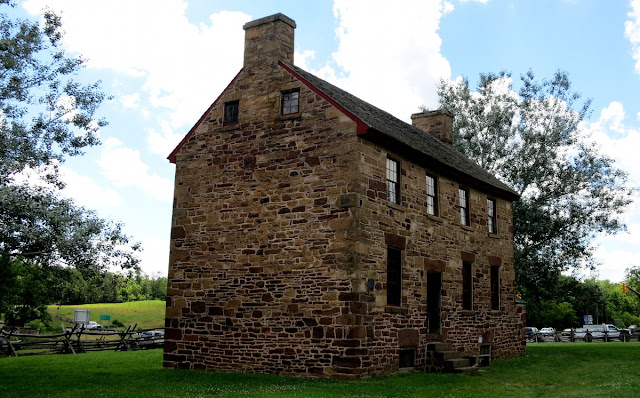 One of the Union canons.  Zeke asked what the canons were for, so I tried to explain war - basically came down to good guys trying to free people from bad guys (I realize that the Civil War was much more complex than this, and Good vs Bad is not appropriate labels, but I *was* trying to explain things to a three-year-old here, so the complexities of politics were lost on him). I told him he didn't have to worry about things because he was a good guy.  "You are not a bad guy, right?".  His response: "No, I am a lion!". I hope he thinks lions are good :) 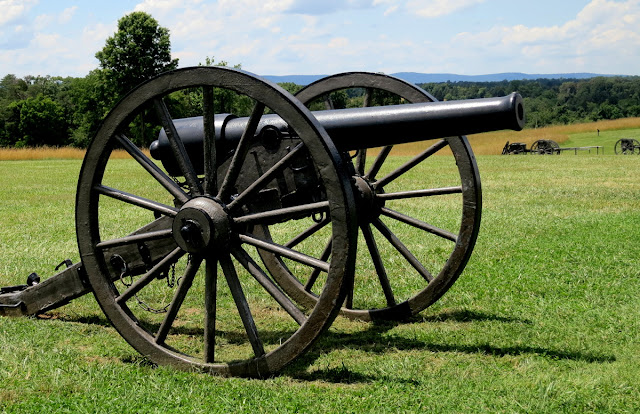 Confederate tree.  If it moves, we're taking it down. 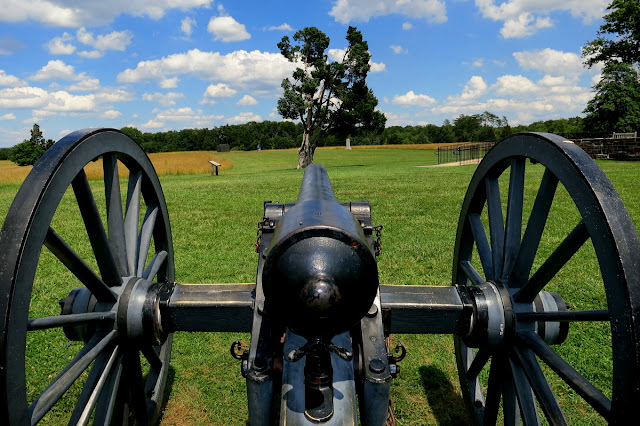 The last cache I did today was a virtual at a bridge.  This bridge was used as the drop point for "the worst case of espionage in US history", Robert Hanssen. 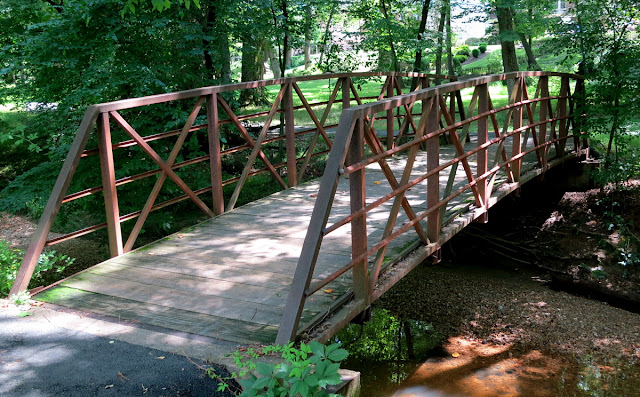 This was an action packed day.  I can't wait to see what tomorrow brings.
Posted by Dave DeBaeremaeker at 7:36 AM