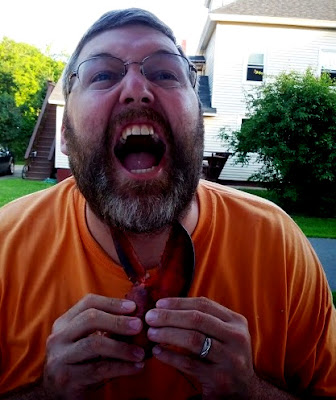 Our epic family road trip east is coming along nicely.  So far we have met our goals of touring all four Canadian Maritime Provinces, and are working back down the east coast of North America.

Yesterday we crossed back into the United States and spent the night at the house of some geocaching friends, brdad and msteelee.  Today we spent the day hanging out with them.

We started the day by going geocaching (actually lies - it was started with breakfast).

msteelee has a kid friendly cache that seemed perfect for Zeke, so we all headed out to a nearby wooded area to attempt it.  It is a 6 stage multi cache, and a crackin' good walk through the woods.

After that we split forces, with brdad and myself heading off to grab some more caches, and msteelee and my wife and kids going off for nap time (and, I found out later, ice cream). 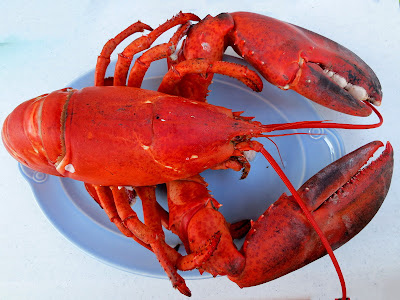 We met back at their house for lunch (fluffernutters! marshmallow fluff spread on PB sandwiches... yummy), and Moxie (a root beer/cola combo).  Then we started making plans for supper.

They were going to cook us some Maine lobster for dinner, so my wife, brdad and Yours Truly headed off to pick up supplies.

We arrived at the grocery store to find the group in front of us had bought the last lobsters in the tank, so we activated Plan B (you should always have a Plan B) and bought the lobsters from an unmarked van on the side of the road (seems legit, right?).  I dunno why but that seems like an authentic local Maine lobster experience to me, so I went with it.  I didn't die from food poisoning, so I consider it a win (actually it was very tasty).

Here are some more scenes from the day, starting with Zeke grabbing one of the cache stages.  All the stages were there, but the final was missing.  Luckily we knew the CO and they worked up a replacement cache and log for us to sign (note: one should always bring a CO in tow when caching - saves a LOT of time if there are issues). 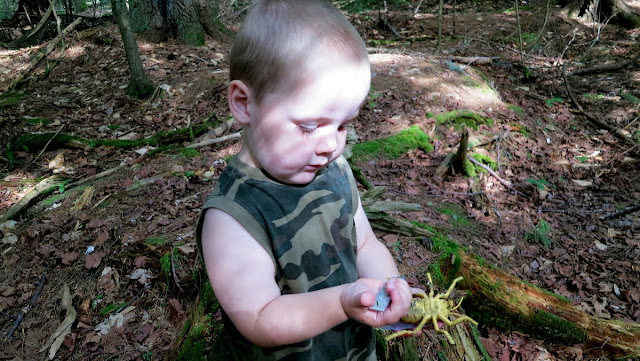 Most of the other caches brdad and I did were near a nice little pond in the back of another wooded area.  This area had several fun caches, including a funky gadget cache made out of an arduino, and used solar power... a unique cache in my experience (which is what makes gadget caching so much fun). 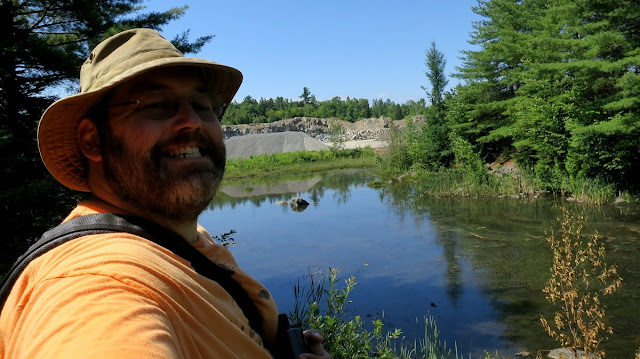 This is a fine looking lobster that I named Larry.  I tried to race them on the kitchen floor, but they were not overly ambitious this afternoon, so I let them mellow before we sent them to the Great Steam Pot In The Sky. 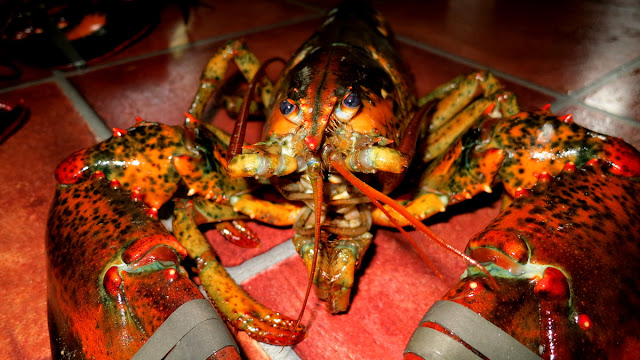 Supper is cooking! There are taters, corn cobs, clams, and the aforementioned lobster experiencing the great transcendence from "sea" to "food". 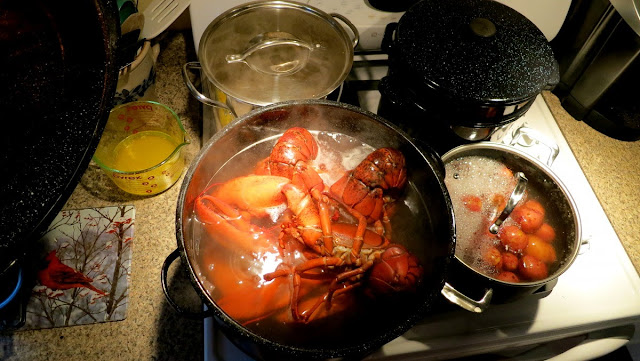 After supper we played some games.  This one is called Five Crowns. Between you and me I think Abigail was counting cards... 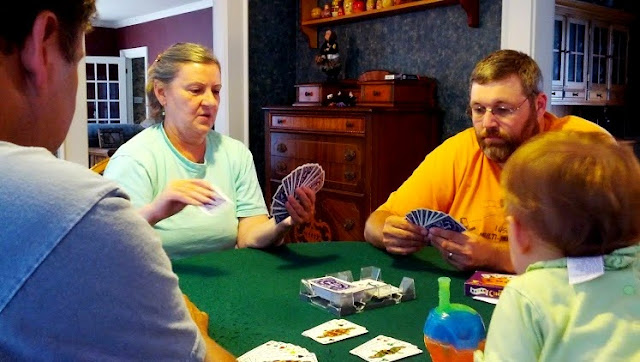 That was our day in Bangor spent with authentic Mainers.  It was a great time, and a nice break from our travel routine.  Tomorrow we're back on the road.  Where will we end up?  Stay tuned to find out.

Posted by Dave DeBaeremaeker at 8:02 AM