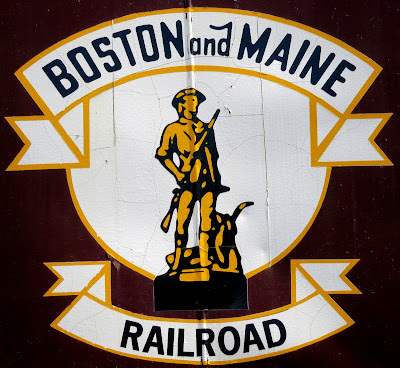 I have been on an epic road trip with my family (wifey, toddler, infant, and myself) to explore the eastern seaboard of North America.

We have been all over the Maritime Provinces of Canada (New Brunswick, Nova Scotia, Newfoundland and Labrador, and Prince Edward Island), and are now slowly  working our way back down the American coast towards our home in North Carolina.

Our first stop was in Center Harbour, New Hampshire.  There exists there an uber-quilt shop.  It has been on my wife's must-do list ever since we started planning this road trip.  Today was her day to get her quilt on.  If you are a lady (or gentleman) of the pieced cloth, this is apparently *the* place to be.

I didn't go inside as I stayed with a napping Zeke in the car, but my wife spent almost an hour in there, and came out very happy (as only a quilter with new supplies can be). 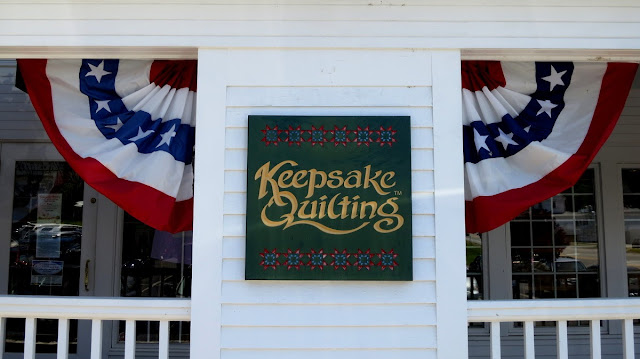 We then headed down the road a ways to Tilton New Hampshire, where I got my geocache on.  The first stop was a virtual cache on an island park in the middle of town. 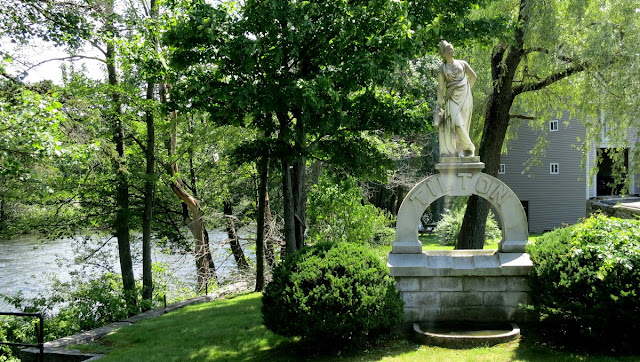 We then did a cache at the Tilton Arch, which is on a park on one of the tallest hills in the area. 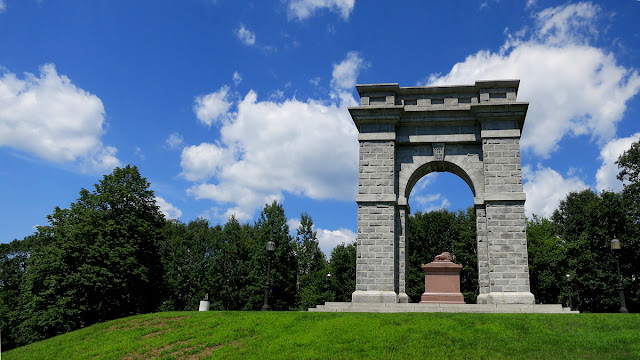 The next cache we did was at a train museum.  This perked up Zeke, who was previously having a cranky day (cause: toddler).  He loves trains, so this was right up his alley. 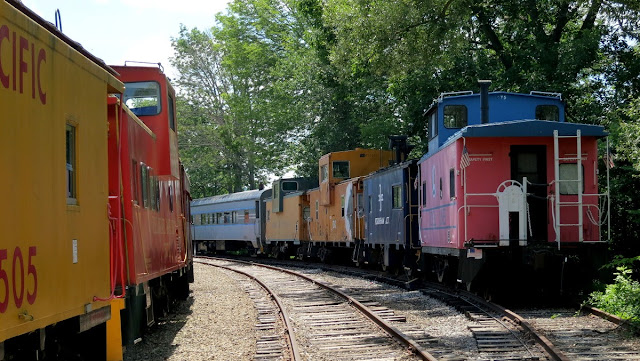 I did one last cache at a mostly forgotten memorial just before the Massachusetts line.  The cache wasn't so notable, but the mosquitos were.  I was swarmed the moment I left the van (think Alfred Hitchcocks The Birds, but with more blood letting), so I made a mad fat-guy dash (more of a waddle, sadly - fat guys don't run so well) to the cache (which thankfully was in an obvious spot only 150ft down a trail), and rushed all willy-nilly (read: more waddling)  back to the Geovan of Destiny. 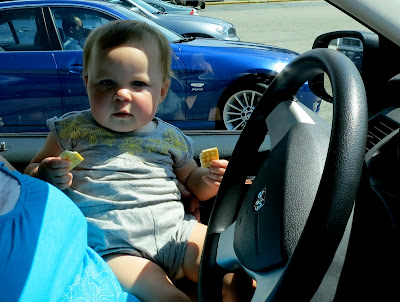 When I got back to the van, half the mosquito population of New Hampshire followed me in.  It didn't make Abigail very happy to be a skeeter snack (she much prefers being the snacker instead of the snackee), so we moved down the road to a truck stop to try and rid ourselves of some of the vampire hitchhikers.

We were mostly successful.

From there we drove straight to the hotel in Woburn Mass.  We just had one more thing on our agenda for the day.  That is to meet a fellow scavenger from the +Chrysta Rae's Photography Scavenger Hunt  that we participate in when we're not quilting and geocaching.  That was an awesome good time, and we got some yummy home made food (a vast improvement over restaurant fare), and some good socializing in.

We then headed back to then hotel to turn in for the night.  Tomorrow promises to be another exciting day spent with friends.  Stay tuned for all the details.
Posted by Dave DeBaeremaeker at 8:02 AM