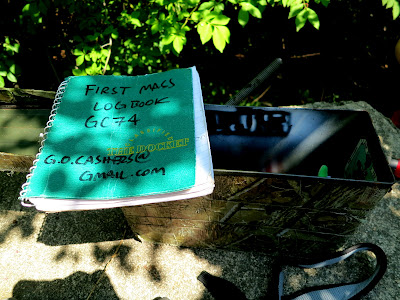 Well it has finally happened.  The events of our epic 3 week road trip has caused my wife and I to separate...

I am currently in the middle of a 3 week road trip with my wife, toddler, and infant.  Our goal is to explore the eastern seaboard of North America.  Over the past two weeks we have driven from our home in North Carolina up to Newfoundland, and are now slowly heading back home. 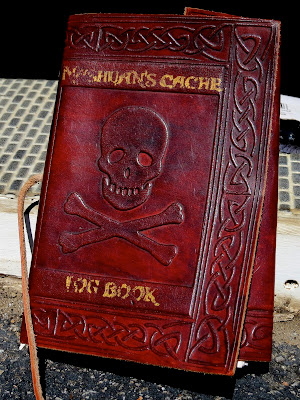 Today we find ourselves in north eastern Massachusetts.  I have some geocaching friends who live nearby, and I plan on spending the day caching with them. Shockingly my wife is a quilter, and not a cacher, so she is going to take the kids to some quilt museums, and other pieced clothed awesomeness. Hence we spent the day apart (don't worry, it has an awesome family time finish).

When I met up with my friends, leftyfb and Deviousdragen for some epic caching, they told me they were going to take me on a tour of some of the best caches in north east Massachusetts, and south east New Hampshire.

They did not disappoint.

The first cache is Massachusetts very first geocache. It is located in a park, up a rather steep hill.  It was also very hot, so we had a good sweat on by the time we got to the top.

The views from the top are worth it.  This is Boston Mass. 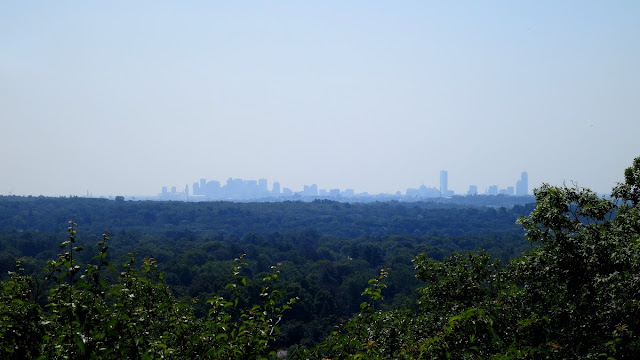 I've said many times before that it is great to touch history by finding these old caches, so I am happy to report that we were successful in signing the log, and I have First Mass in the bag.

I was not told much about the cache, except it was about trains, and the community has added bits to it, but the rest was a mystery (my caching friends are coy that way).  With my interest piqued, we drove off in search of adventure.

The cache was a 1/3rd of a mile from parking, in a wooded area, so we geared up and headed down the trail. 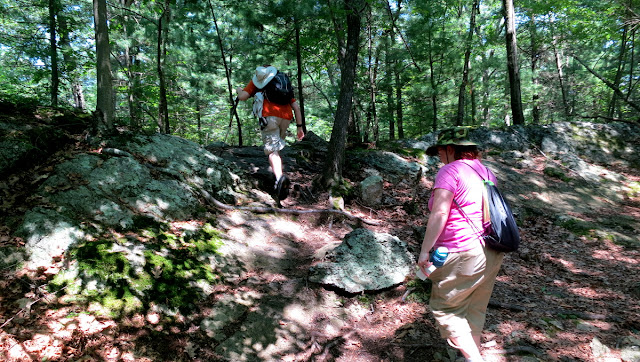 This cache has been featured in local media so I don't mind giving some spoilers.  The cache is a model railroad setup.  It is just sitting out there in the woods.  It is one of the coolest things I have seen while geocaching.    The main feature is a long rail trellis that extends 30-40ft through the woods. 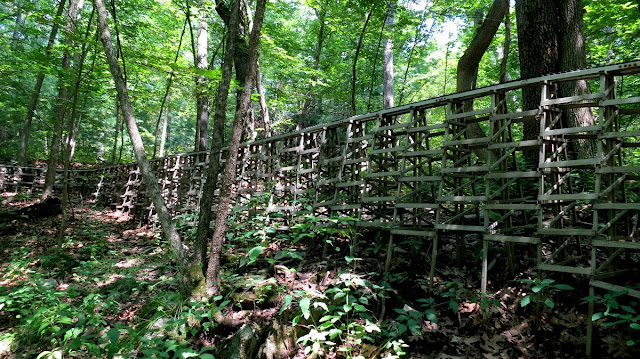 Over the years folks have added their own figures to the area, like this scene here: 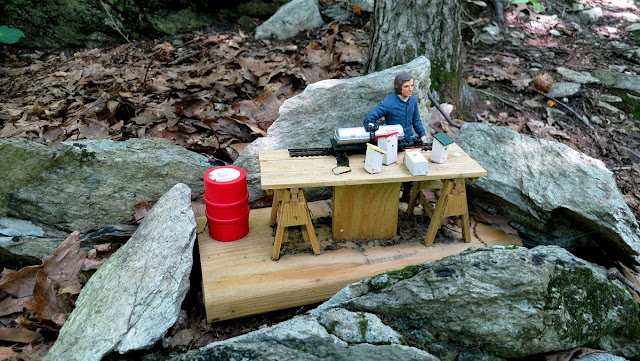 There are a lot more scenes and additions spread around the area, all deep in the woods.  It warms my heart to see a community of (presumably) strangers coming together to create a little bit of awesomeness deep in the woods.  Not too many things could be cooler.

The next cache was in New Hampshire.  It is a simple multi-cache.  What made it special is the scene that unfolds at the final.  This one has not been in local media so I will refrain from posting a lot of pics (tho the logbook above is from the cache).  The detail of the cache is absolutely amazing.  It features model figures, lights, and other things that were all modeled from scratch by the CO.

I know this because as we were signing the log the CO dropped by.  We chatted for a few minutes, and he told us about the construction of the cache, then regaled us with tales of his recent trip to Brazil to grab the last APE cache.

After this we headed over to a new geocaching store where we picked up some supplies. This was our last cache of the day.

Our next step is to search out food and some evening activities.  Leftyfb mentioned is parents house had a pool and a BBQ.  Sold!

So we met up with my wife and offpsring, and finished off our day eating supper and playing in a pool. 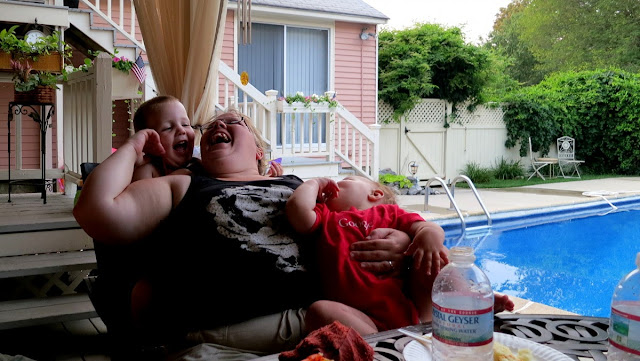 It was a wonderful but all too short day of geoacaching with friends.

So what is next for this family of bears?  There are a few days left in our trip.  Stay tuned for the next (exciting?) installment of our road trip.
Posted by Dave DeBaeremaeker at 8:18 AM