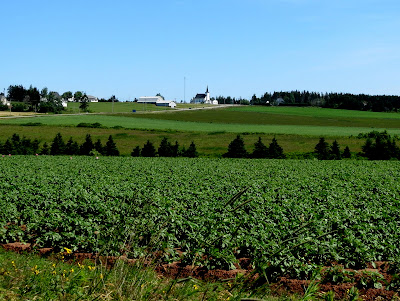 Our travels on our epic road trip east have brought us to the small green island province of Prince Edward Island.

We had spent the night in Charlottetown, PEI, so we woke up ready to seize the day by exploring the island.

We headed west to check out some of the beautiful scenery.  One thing we noticed is that a lot of the coast line is not developed like it seems to be in many other places.  Many farm fields ended at the waters edge, which made for some stunning imagery. 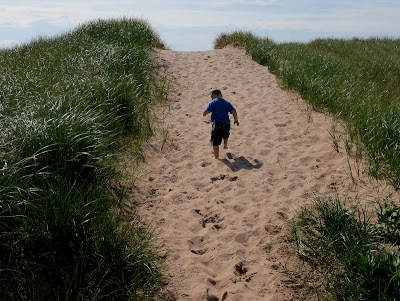 One of our first stops was a wonder of nature: the squeaky sand beaches in Souris PEI.  Yes, that is right, sand that squeaks.  When you walk on it it makes a distinct squeaking sound, almost like walking through crisp snow.  There are only a few places in the world where this phenomenon occurs, and we were lucky enough to be standing on one of those spots.

I told Zeke about the squeaky sand beaches before we left, and he has been looking forward to it for weeks.  When we arrived he raced excitedly up the sand dune to get to the squeaky stuff as quickly as he could.

After we were finished with the beach (well, three of us were done, I am quite sure Zeke would still be there if we let him) we headed over to the very eastern tip of PEI to visit a lighthouse. 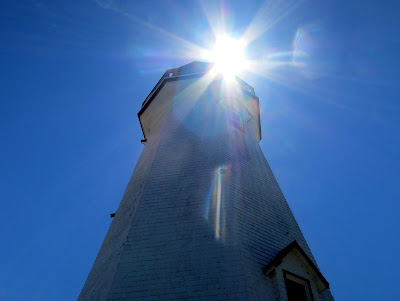 The East Point Lighthouse (PEI has a tendancy to give obvious names to things) is one of the few octagonal lighthouses on the island.
There is a cafe right beside the lighthouse where we had lunch (some amazingly tasty clam chowder - perhaps the best I've ever had).  We then headed back towards Charlottetown along the northern coast, and did some geocaching along the way.

I grabbed my planned caches, and was about to head straight back to Charlottetown when I noticed that every other person in the van was sound asleep (yay for nap time!). Since we would not be able to do the exploring in town we planned on with napping folk,  I made the command decision to do some more geocaching.  I found a series of caches along an old dirt road, and spent the next hour grabbing those caches. I continued until my wife started to wake up, then we continued on our planned itinerary (quilt shopping and a walk through downtown Charlottetown).

We had a lot of fun today, as evidenced by this shot of the kids playing on a squeaky beach: 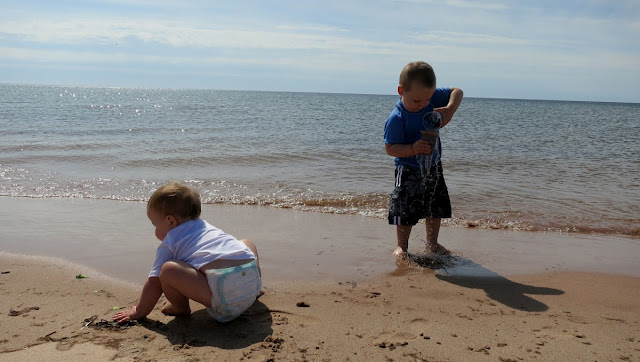 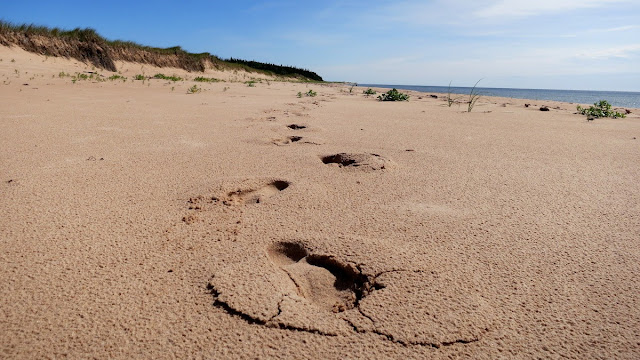 More shots of the squeaky sand beach. There are some caches here (traditional, and an earth cache), so we ended up well away from the tourist areas of the beach, so we had the place essentially to ourselves (aside from one local dog walker). 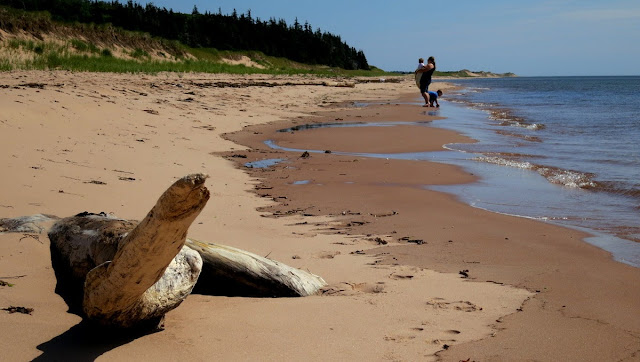 Prince Edward Island is a very lush green province with striking red dirt.  Everywhere you look is bright greens with interesting flowers.  It is a very pretty place. 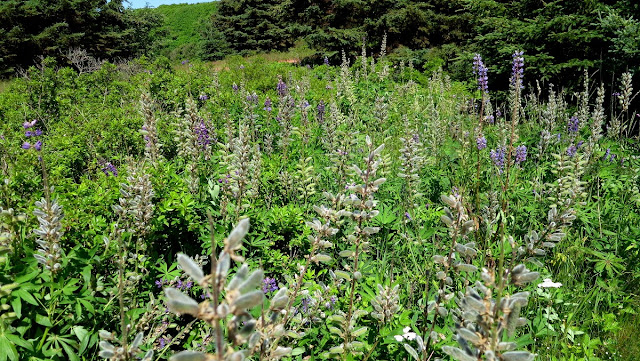 The East Point Lighthouse allows visitors to go up to the top, which we did.  The light is still on. 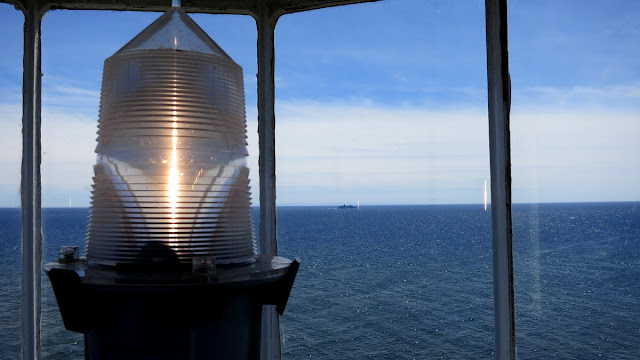 As you can imagine the view from the top is quite spectacular. 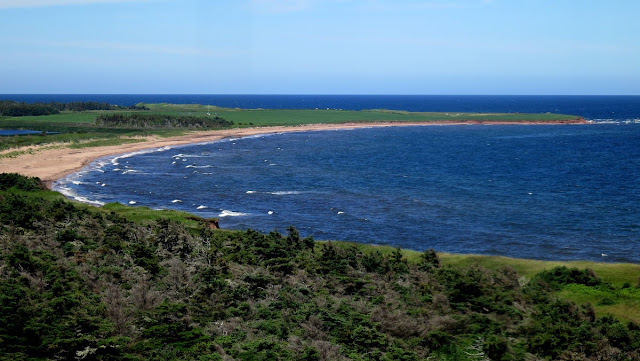 The stairs were quite steep in places. Even Abigail was using the handrail. 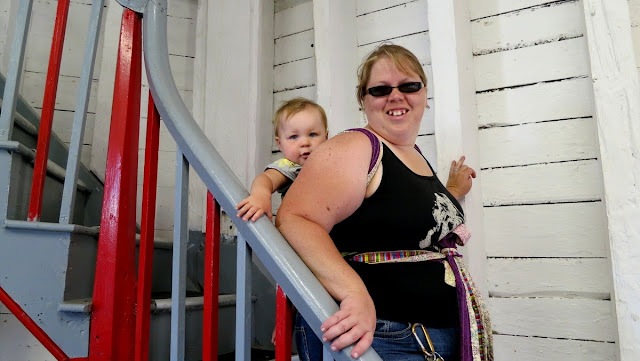 So that ends our visit to Prince Edward Island.  We have managed to visit all four Maritime Provinces and its time to turn the Geovan of Destiny back towards home.  We're not quite done with our trip yet! There is plenty more to see on the way back. Stay tuned to find out what is in store for these travelling bears.
Posted by Dave DeBaeremaeker at 7:36 AM