Long Way Round: Get Lost! 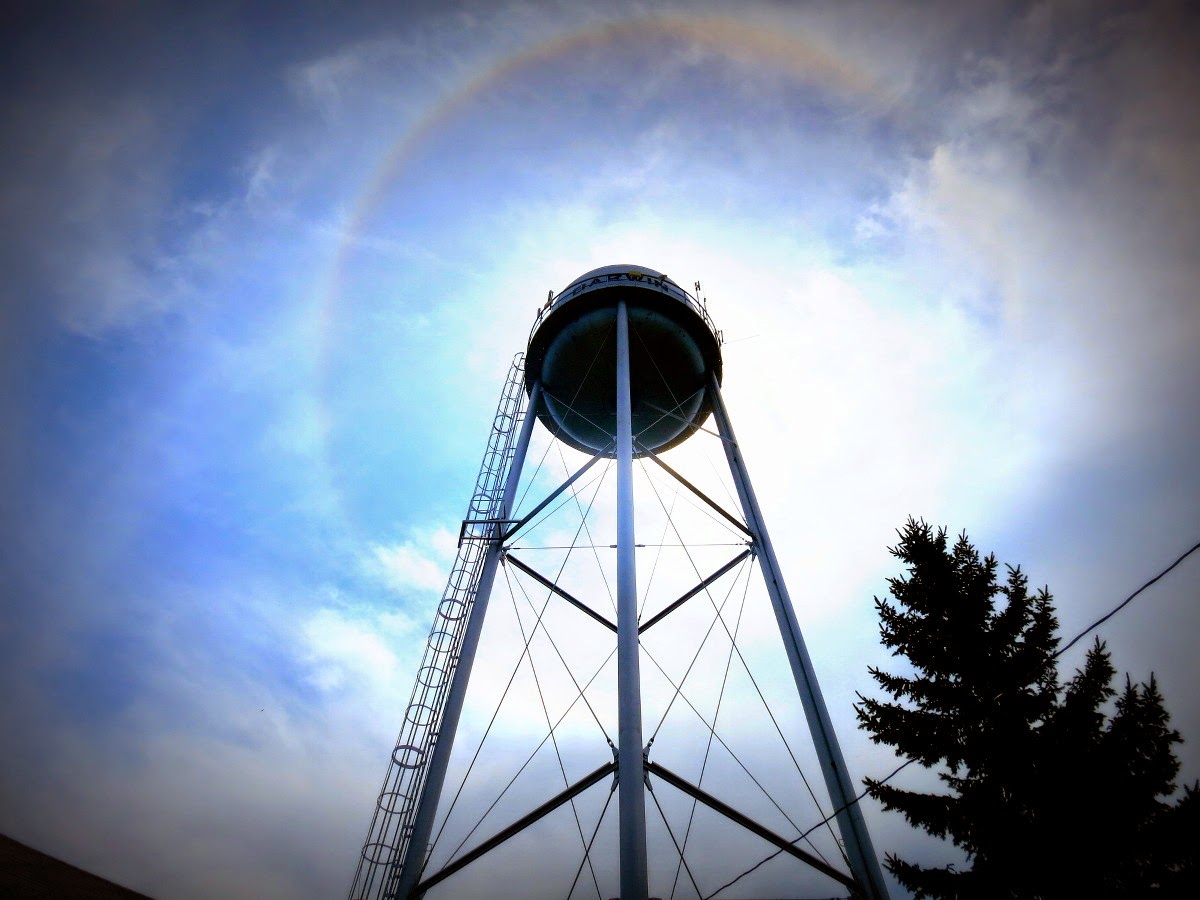 Ever been told to get lost?

Sometimes it hurts, but it can also be one of the best ways to explore a new area.

After we checked out the Biggest Ball Of Twine In Minnesota, we were dangerously close to the kids nap times. They still had some energy left, so we made a tactical decision... hit a rest area where they can run around and burn off the energy.

So 10 minutes down the road we did just that.  This rest area featured a large meadow, in the middle of which was a large hill (100ft high ot so) with a picnic area at the top. Around the edges of the meadow was a forested area (really, it was one of nicest rest area I have ever seen). So my wife and the kids went up the hill to play, and Yours Truly went to find some geocaches.

Before I headed off, I grabbed this panorama shot:

So now the kids were ready for nap time, so we tossed them (gently) into the Geovan of Destiny and headed down the road once more. We were 45 minutes away from the hotel, but we needed to give the kids a couple hours to nap.  This was the moment where my wife told me to get lost.  So we did.

We turned off the GPS, took a left turn down a random road, and started driving.  We ended up driving along some really nice country roads like this one. 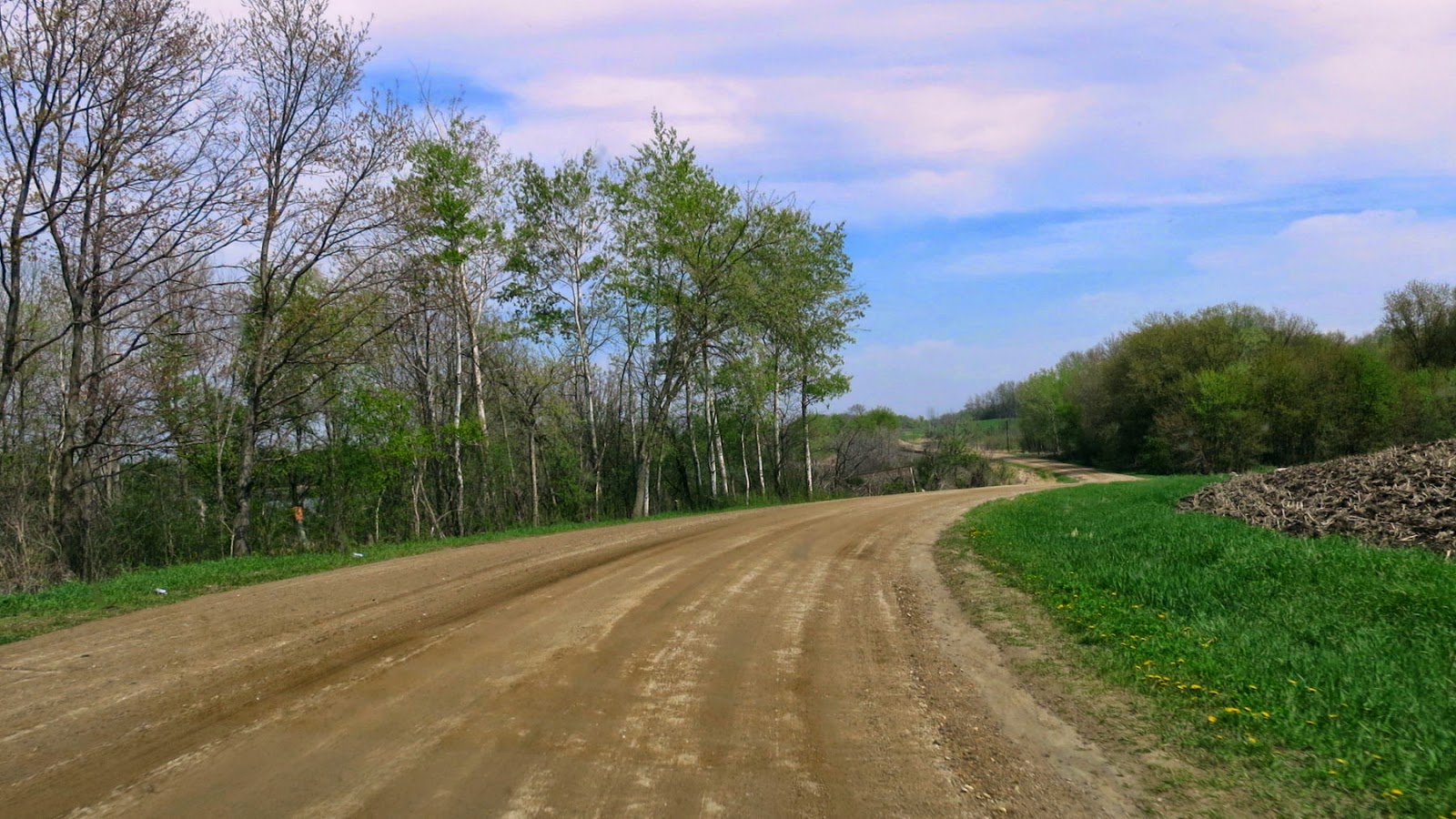 Our method was to simply follow a road.  If we got to an intersection we randomly chose straight, left, or right, and kept going.

Pretty soon it became apparent that we were in the middle of Wisconsin Farm Country, and there were plenty of picturesque farm steads all around us, so I made it my mission to find the best shot.  This was my first attempt - not bad, but a lot of shiny bits.  I was looking for that traditional red barn look. 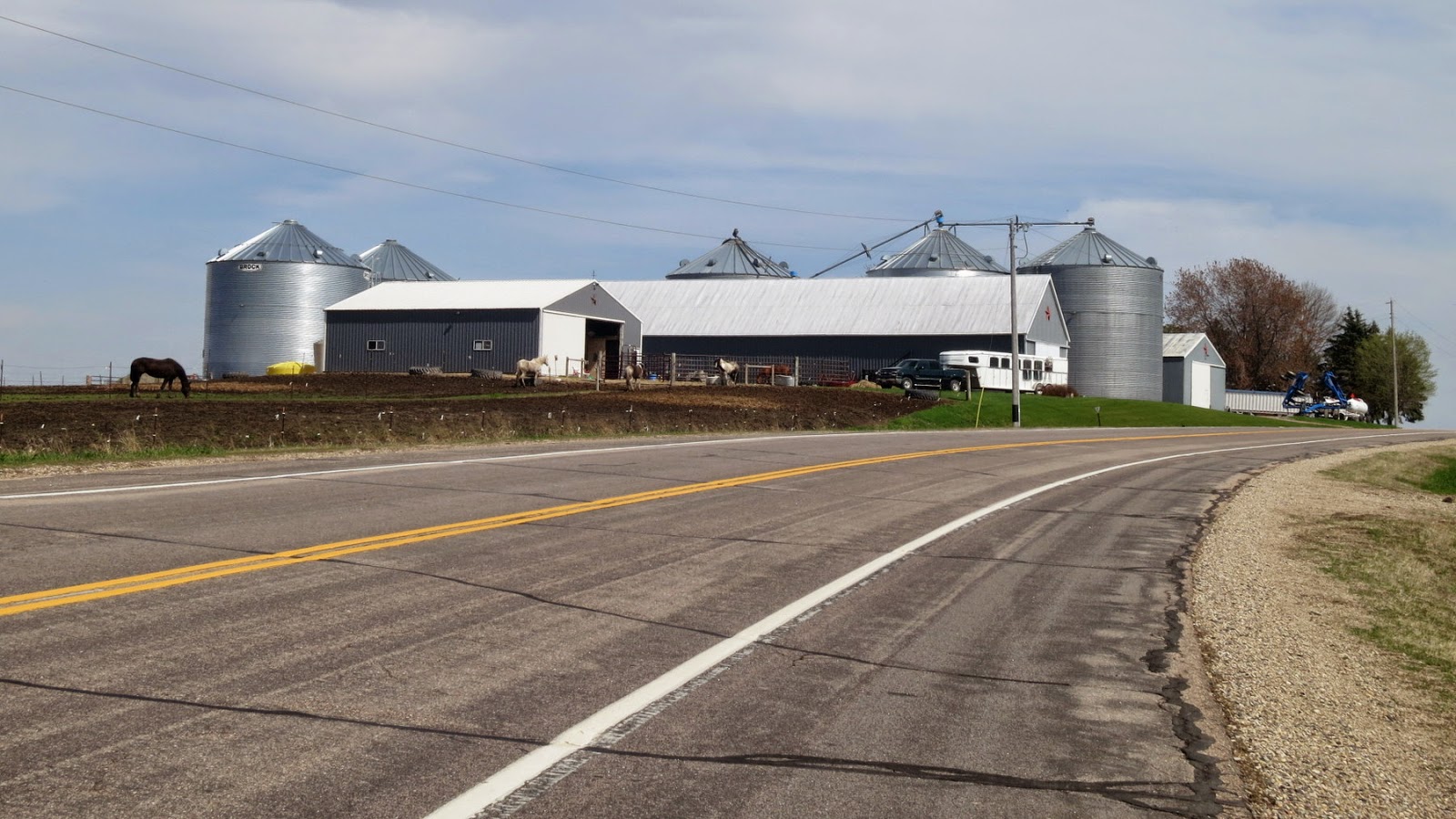 Along the way we found out why the dirt roads were so good - maintenance! 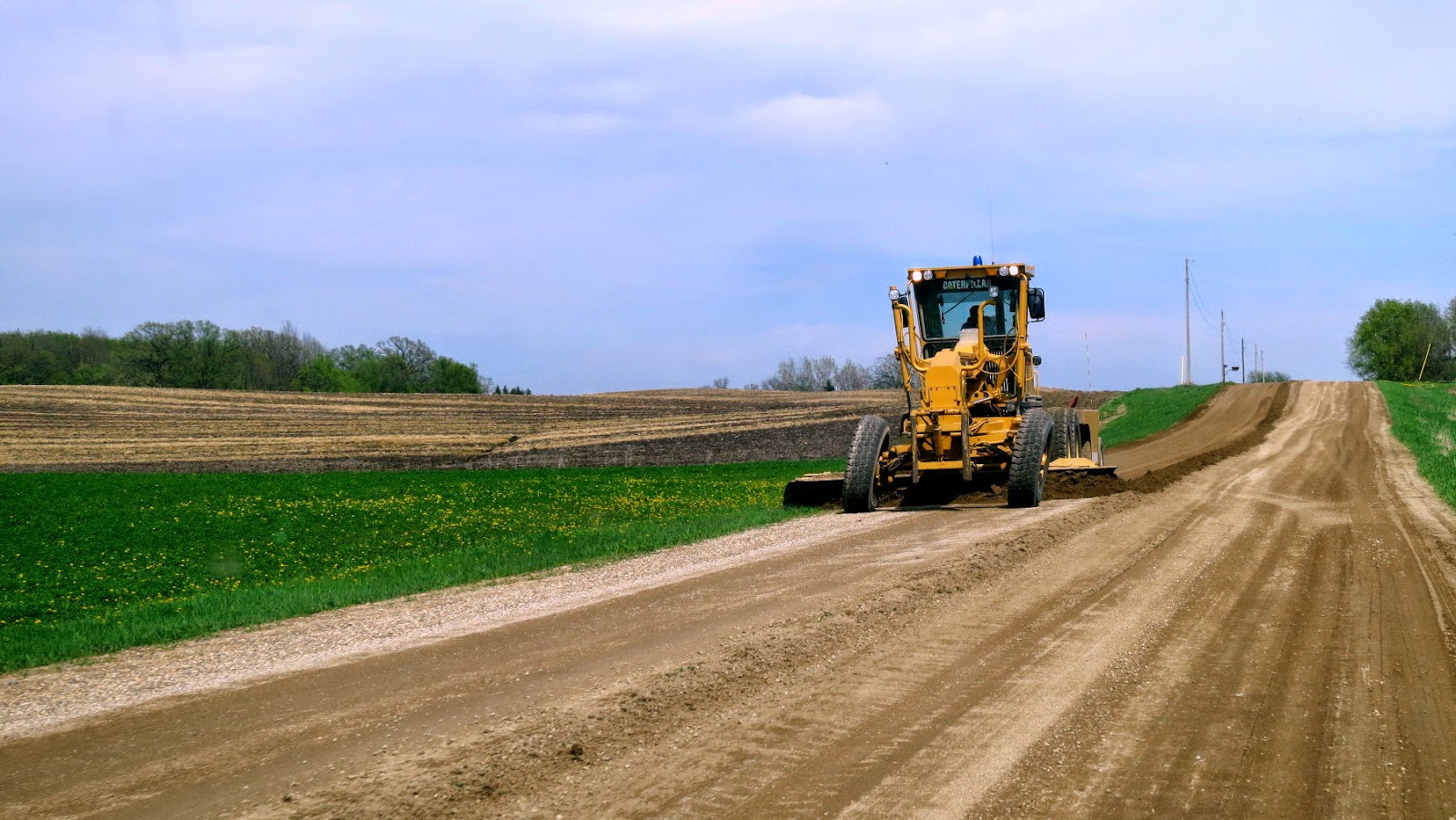 The next farm - a nice red barn, and a happy face (Bob Ross would approve), but I could do better, I am sure. 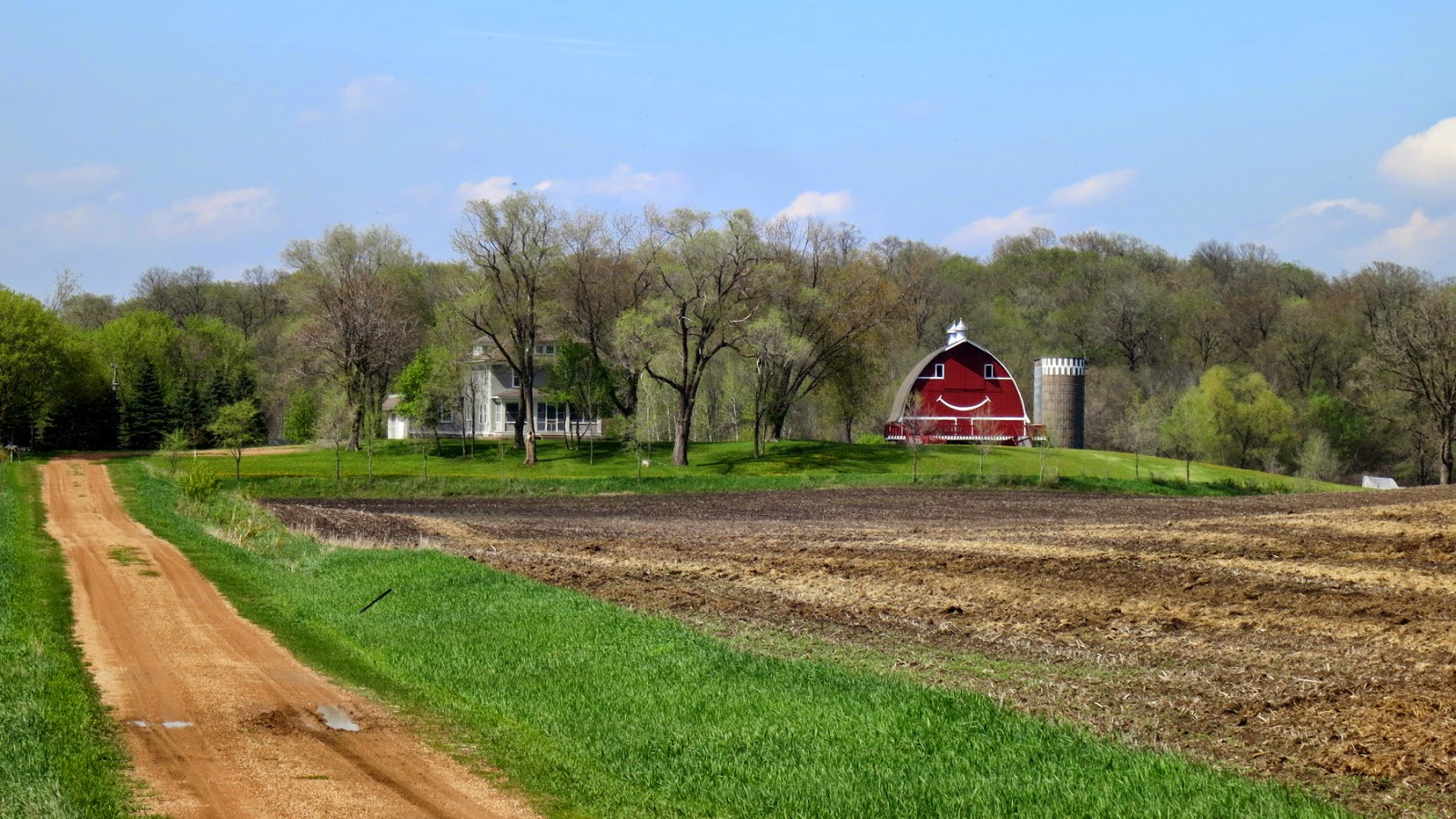 We came down a really remote dirt road and stumbled on this scene.  It was an almost perfect farm stead.  However it was a little too far away for my little camera to capture properly. 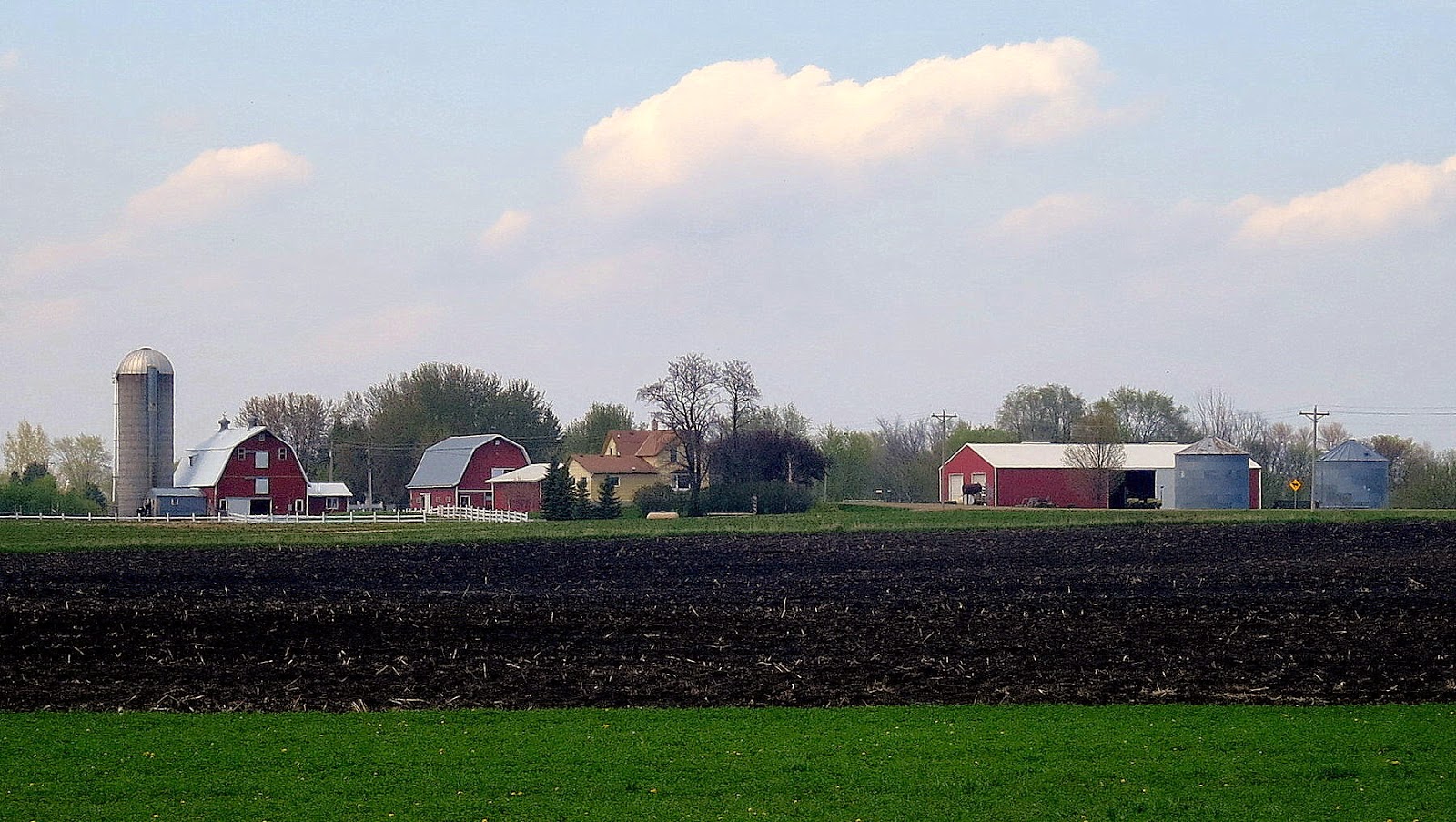 We turned the corner on the above farm and ran into this one, just one concession down the road.  This was as good as it is ever going to get for Minnesota farm steads (at least for this trip). 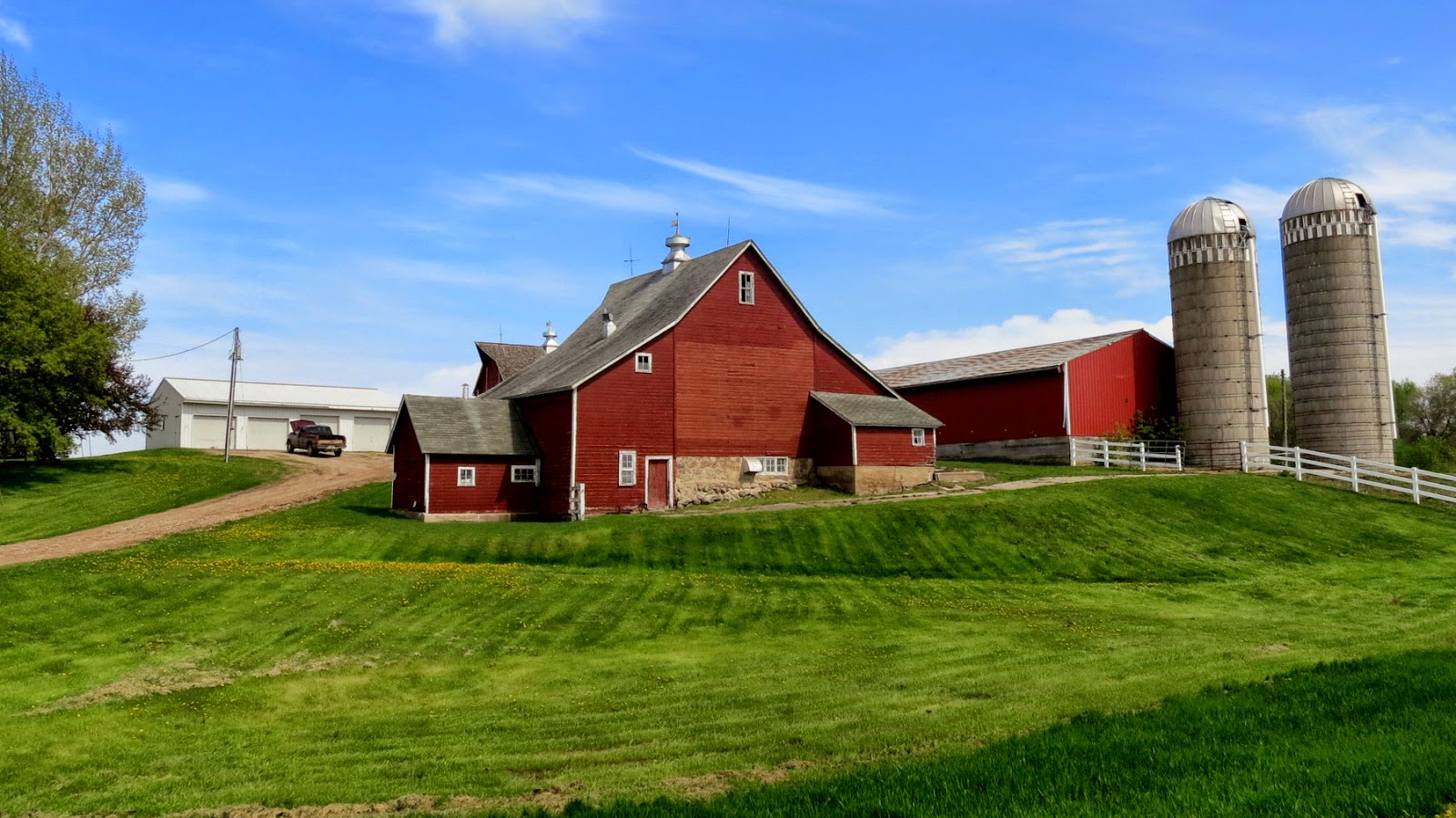 After a few miles of random left and right turns we decided to head back to the hotel, as it was getting close to supper, and we still had a hotel pool to swim in before bed time.

On the way into Minneapolis (which, by the way, has some of the worst rush hour traffic I have seen in quite some time), we ran across this funky looking house. Sometimes getting lost is one of the best decisions you can make, especially when you're heading the long way round.

<== The Biggest Ball Of Twine In Minnesota | The Day The Music Died ==>
Posted by Dave DeBaeremaeker at 8:34 PM

Email ThisBlogThis!Share to TwitterShare to FacebookShare to Pinterest
Labels: Adventures, Long Way Round