The second image for the Photography Scavenger Hunt Round 29, that involved no post processing, was for the word "egg".

I kicked around with some ideas, but the alien egg from the movie Aliens came to mind at some point, so I decided to go with it.

If you are not familiar, the alien egg is a slimy thing with a top that opens, and smoke/mist comes out.  I wanted to get that effect. However I was not allowed to use Photoshop, so I had to create it all in-camera.

This meant I needed to build an egg that was large enough to fit a Lume Cube light into, as well as the exit tube from my smoke machine.

My solution was paper maché. I started by blowing up a balloon, and wrapping tape around the middle to give it more of an egg shape (Else it would be round), then added the glue-soaked-paper over it: 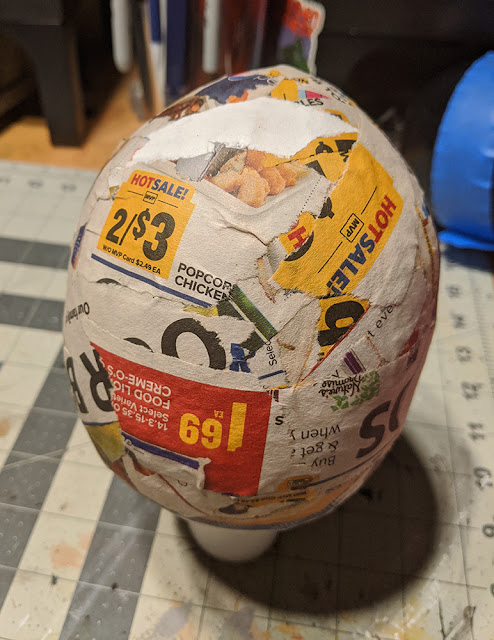 Once the glue dried (which took way longer than I hoped: days not hours) I sliced open the top, then added some hot glue to make veins on the egg. Then I painted it up with greens and a sickly looking brown. 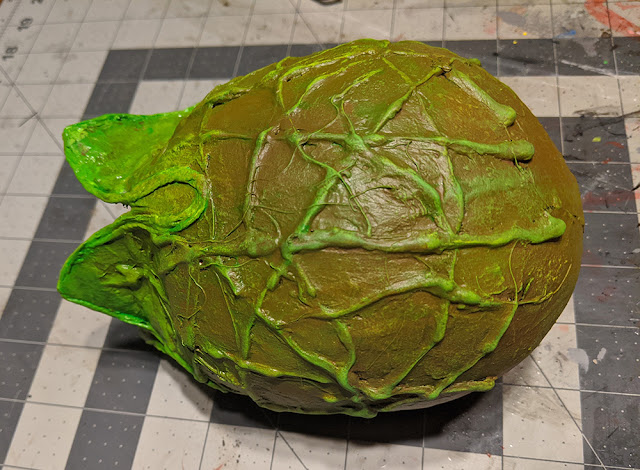 For the base I used some XPS foam, cut a hole in the base, and built up a rocky texture using Sculptamold.   Then I added more hot glue to make more veins, and then painted it up. 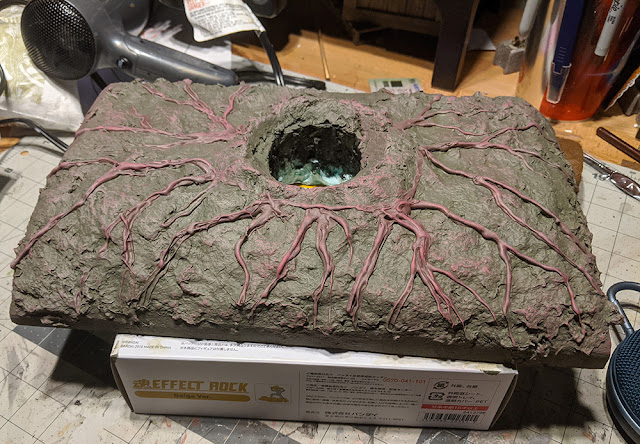 I tossed the whole thing in my lightbox, tossed in a LumeCube inside the egg, and stuck my Wizard Stick smoke machine up the hole in the base.  This image is before I added Lume Cube lights to the top (held up with a Platypod attached to the roof of the lightbox and some articulating arms).

Then it was a matter of shooting and hoping I can get the right smoke look.  I did notice that if the egg wasn't placed exactly square on the base the smoke would not only some out the top of the egg, but leak around the base, giving a nice spooky effect on the bottom as well.   I tried to balance the two. 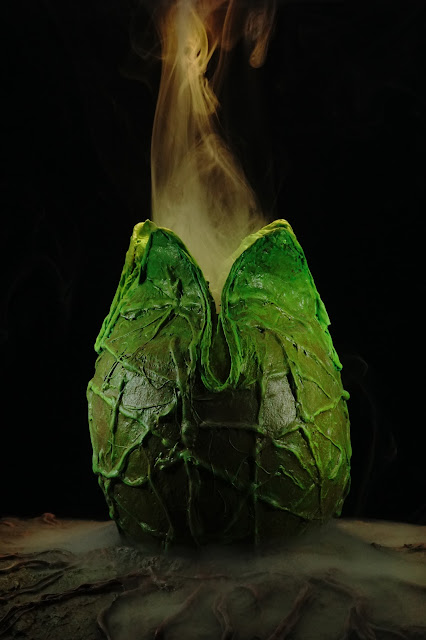 Of course, once the image was submitted to the hunt I processed it like I normally do.  That ended up looking like this: 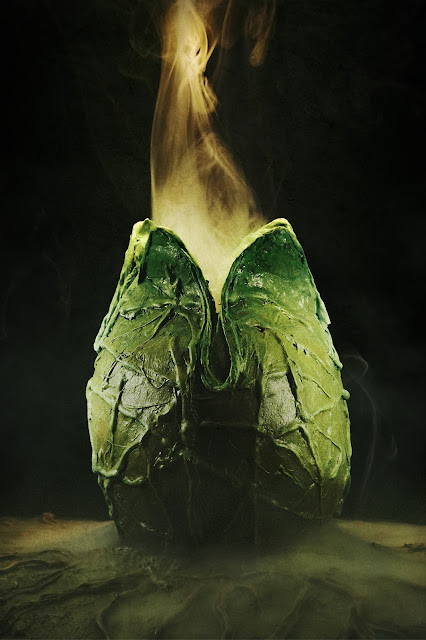 Posted by Dave DeBaeremaeker at 4:24 PM