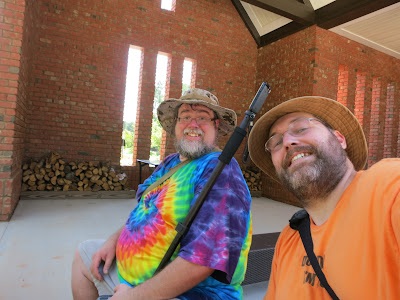 This weekend has been a fantastic geocaching weekend for me.  It involved seeing awesome sites, visting some unique caches, making a new geocaching friend, and hitting a surprise milestone.

We spent the weekend in Raleigh, which is the gravitational center of geocaching in North Carolina.  The cache density there is incredible.  There is something for every style of cacher.

On Saturday afternoon I met up with a local, Andy "HeadHardHat" Smith,  and we spent the afternoon caching up a storm through the city.  Andy hosts several geocaching related podcasts and TV shows (Geocaching Podcast, Geocaching World etc.), so you may have seen him before.  If you have rest assured that his public persona is exactly like his real life personality (except in real life he comes with a lot more gatorade).  I don't often cache with other folks, so caching with someone with the excitement for the hobby as Andy has was a real treat.

He brought a video camera along (you can see it on his walking stick in the picture above), and we spent part of our adventure grabbing some footage for upcoming episodes. 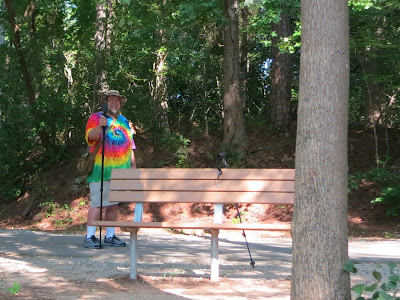 That evening I pulled babysitting duty so my wife could spend some time with her friends.  The kids were already asleep, so I started hacking around with my geocaching stats in python (a programming language), and I realized an interesting fact... but let me backtrack just a bit.

While preparing for the weekend I built a list of top favourited caches along our route from home to Raleigh.  One of the caches (with 35 favourite points, which is quite high on the scale), was a challenge cache called "Geocaching From A To Z." The cache required a finder to have found 26 caches, the names of which had to start with each letter of the alphabet. One for A, one for B etc.  I originally decided to ignore the cache as it was a) a tad bit farther off our route than I wanted to go, and b) I didn't think I qualified.

As I was hacking around with my stats I realized that I did qualify AND I was only 11 caches away from a milestone.  My mission was made clear.

Sunday morning I headed out to the Neuse River Trail, a new paved greenway just north of town with a long series of geocaches, and started grabbing finds. During the morning it started to rain It was a nice series of sun showers, and not the typical North Carolina thunder storms, so I kept at it.  I was soaked to the skin by the end, but by the time I returned to my van I had found 10 caches, bringing my total to 1499. 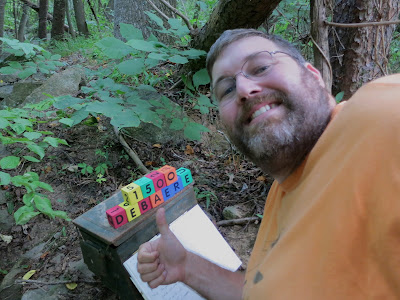 I then headed back to pack up the family into the van, grab some lunch, and hit the roads back west to our house.

Along the way I took that detour and found "Geocaching From A to Z".  The cache owner had placed some foam block letters in the cache (a 50cal ammo can) and asked the finders to post a pick with their caching name spelt out in the blocks.  I was more than happy to oblige by adding my own personal touch to celebrate my latest geocaching milestone: 1500 finds.

Not a bad way to spend a weekend away, if I do say so myself. 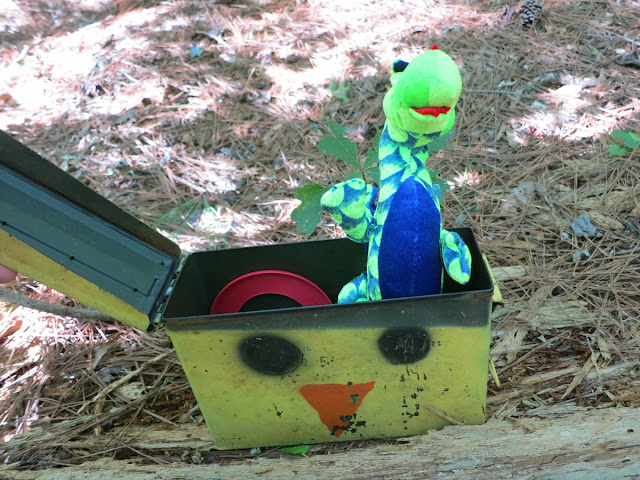 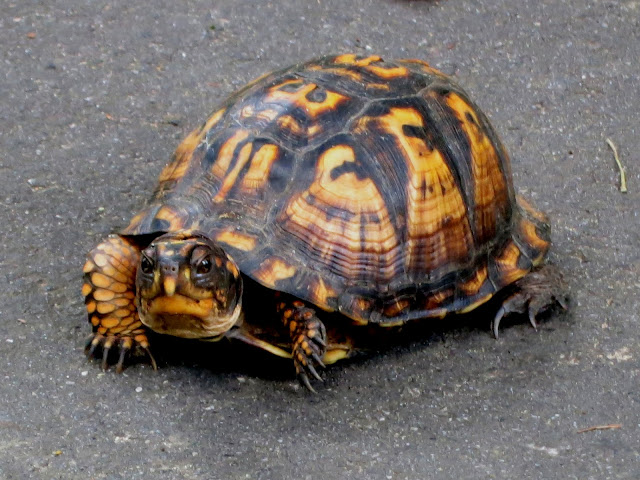 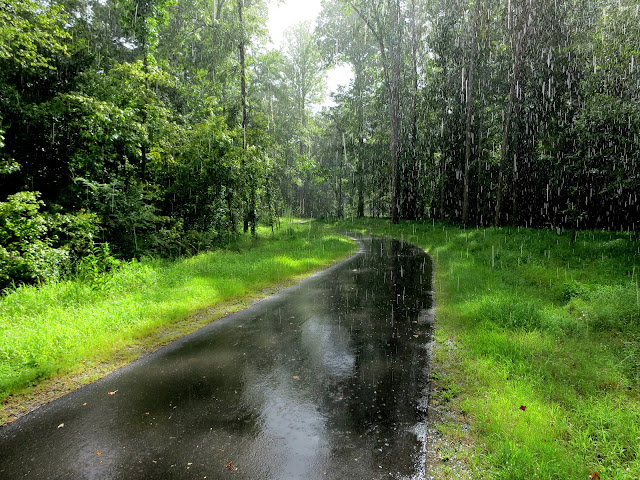 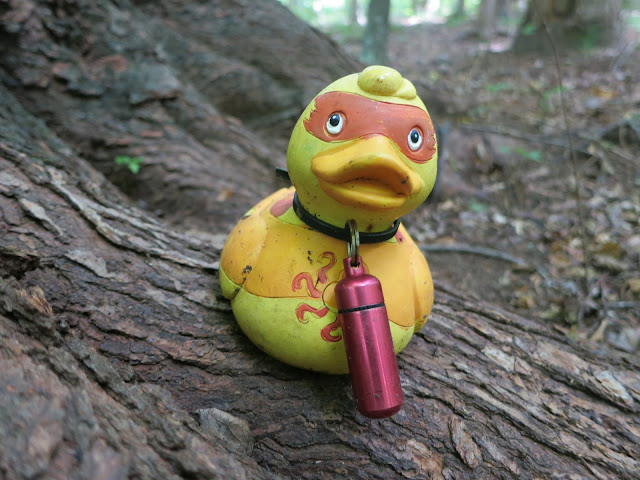 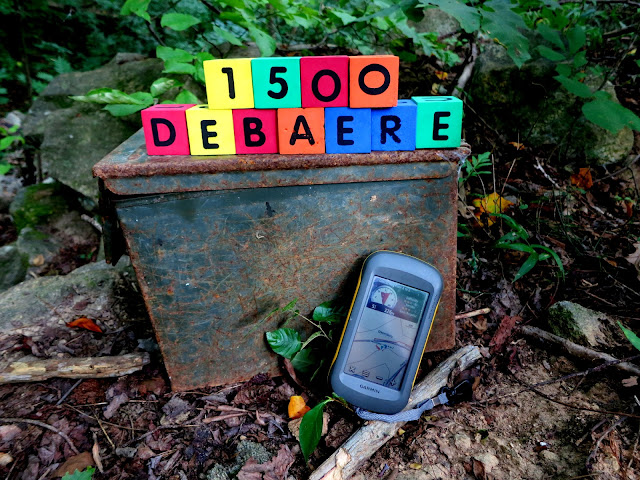 Posted by Dave DeBaeremaeker at 9:20 PM

Congratulations on the milestone!

Congrats on an awesome milestone!! I need to catch up! lol. Still waiting for it to cool down around here...
Loved your pictures this go-around!!!

Cool that you got to cache with HeadHardHat.

A big congrats on your milestone Dave! Woo-hoo!!!

CONGRATULATIONS! Way to go man and you were in good company too! Awesome, thanks for sharing!