Nestled just north of Niagara Falls on the Canadian side of the Niagara Escarpment lies the town of Queenston.

The town is famous for being the site of the first major battle during the War of 1812: The Battle Of Queenston Heights.

Today the site of that battle is a memorial to Major General Sir Isaac Brock, the British commander. He was killed during the battle, and now rests on top of the heights under a towering monument erected to his memory. 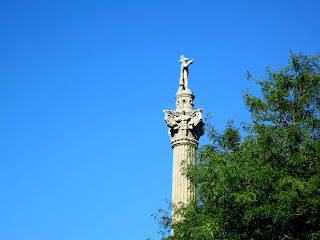 Brock was a childhood hero of mine. Mainly because his brilliant military strategies, and ability to make allies with the native indians, saved Canada from being defeated during the War of 1812.  He is known as the Saviour of Upper Canada (modern day Ontario).  His exploits are too numerous to mention here (and I'd probably get most of the details wrong) but you can read more about it here.

Given all the above, I jumped at the chance to go geocaching on the Heights the other day.

The highlight was a 4 stage multi cache that took me on a 3 mile tour around the battle site, including going up and down the escarpment.  One of the deciding factors in the battle was that the heights could only be attacked by a force that had to climb up the escarpment.  It was really awesome to see the locations that were made legend inside the mind of a boy from reading descriptions in a biography book in grade 8.

At the foot of the Brock monument is a memorial placed by Candian Native Indians, who were allies of the British during the war. 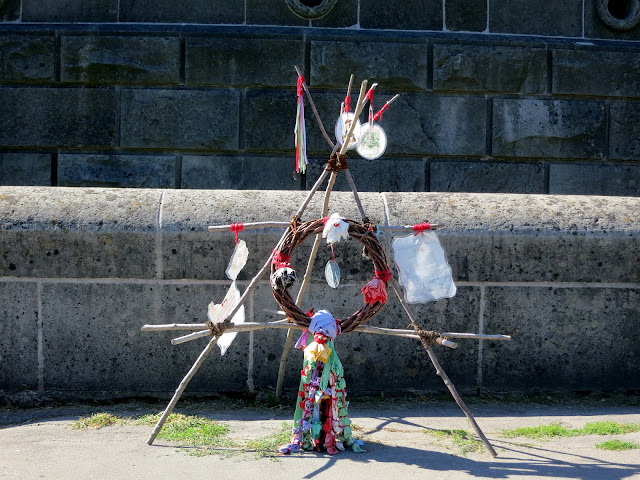 A flower bed marking  Her Royal Majesty Queen Elizabeth II's Jubilee - 60 years as a reigning monarch.  EIIR is the Royal Cypher meaning Elizabeth 2 Regina.  A lot of non-Canadians are surprised to learn that the Queen is still the head of the Canadian government, tho she is mainly a figure head at this stage. 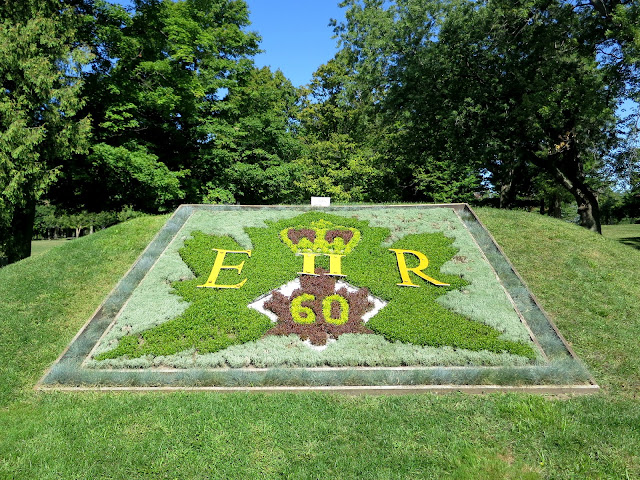 Yours Truly looking over the Niagara River towards the American side of the escarpment. 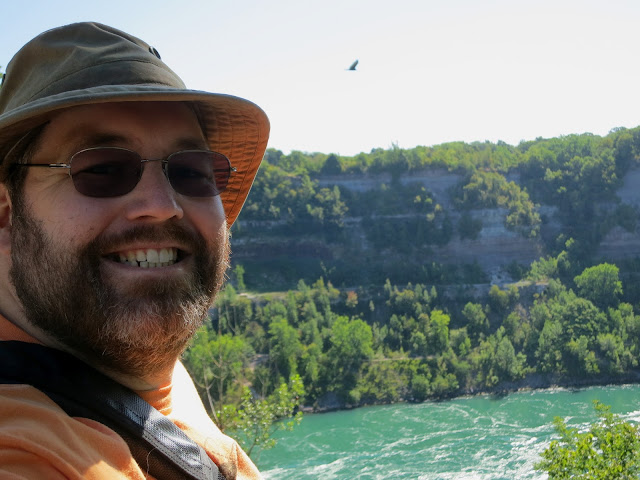 The Brock monument as seen from the gates to the park. 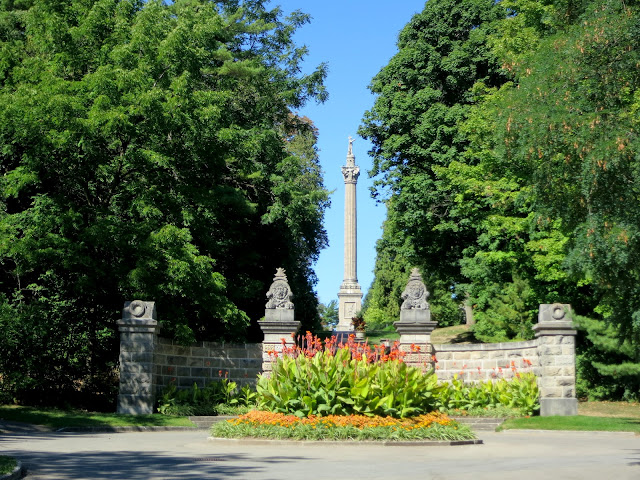 A canon pointed over the river.  This was one of the few large guns the British had under their command. 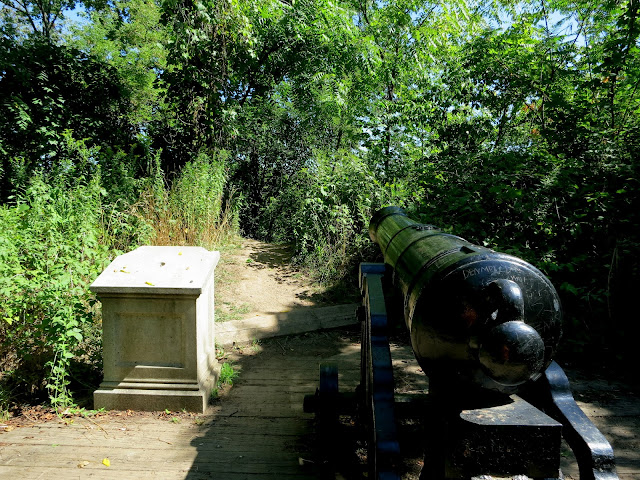 The Niagara River:  The Yankees are coming! 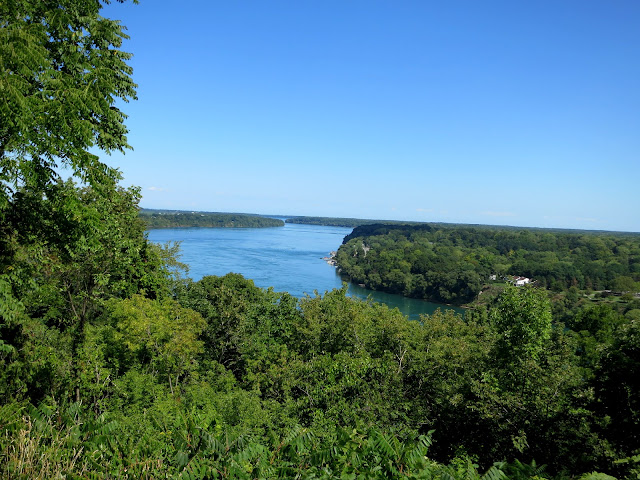 From one of the memorial plaques.

Posted by Dave DeBaeremaeker at 5:18 PM