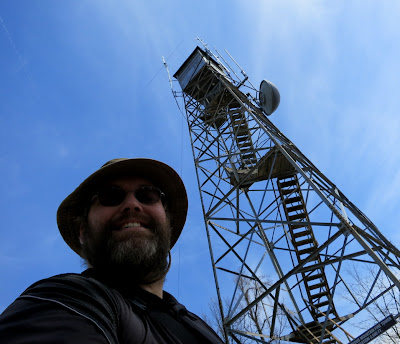 Some days it just seems criminally irresponsible not to go geocaching. Today was one of those days.  It was a perfect spring day (temps in the 70s, blue skies with white fluffy couds, low humidity).

I headed an hour north to Rendezvous Mountain State Forest, which is nestled on the edge of the Blue Ridge Mountains near Wilkesboro NC.

I ran into the ranger, Calvin,  and we talked for a bit.  He mentioned that the park was a state park until 1984, when it became a state forest.

If you are like me you may be asking yourself "whats the difference?" 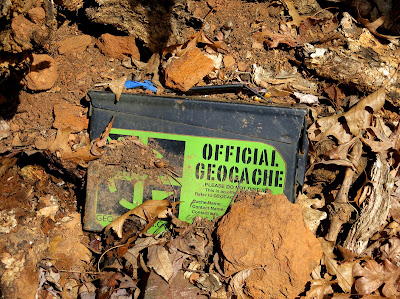 The answer is that state parks are all about preservation, and state forests are about conservation.  In other words the difference between letting nature do what it may vs managing the land to allow the existing flora and fauna to florish.

The difference for geocaching?  Huge.  Geocache containers are not allowed in state parks, but state forests are a different story altogether   This forest hosts 4 geocaches, including an earth cache.  Ranger Calvin is looking to get more caches placed in the park, so it looks like I may be heading back to place some more caches in the area.  Awesome.

Rendezvous had some other hidden treasures as well.  According to the maps there are just over a mile of trails in the forest.  However Ranger Calvin told me that a new trail had just opened up, a 4 mile hile past some waterfalls. 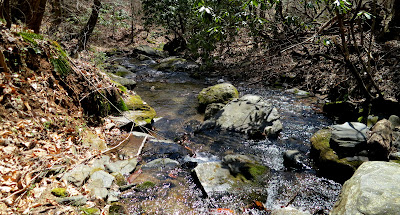 I wasn't expecting a 4 mile hike, but I figured what they hey - only live once, right?  So I headed around the loop.  Turns out it was a grind.  400ft elevation drops, and gains, rough trails, and a dozen or so creek crossings.  A true meat grinder for an overweight lazy man like myself, but the mountain streams and waterfalls were well worth it, and some of the views were downright spectacular.

Well worth the grief my legs are going to give me tomorrow.

I will leave you with some more sights of the day, starting with a view of a cabin and the fire tower.  The first cache of the day sits near its base. 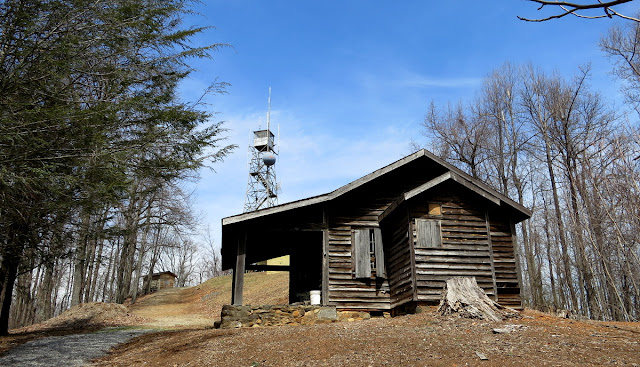 Mountain streams were the highlight of the 4 mile hike.  The cool water came in handy as a coolant - it was a tad warm after a while. 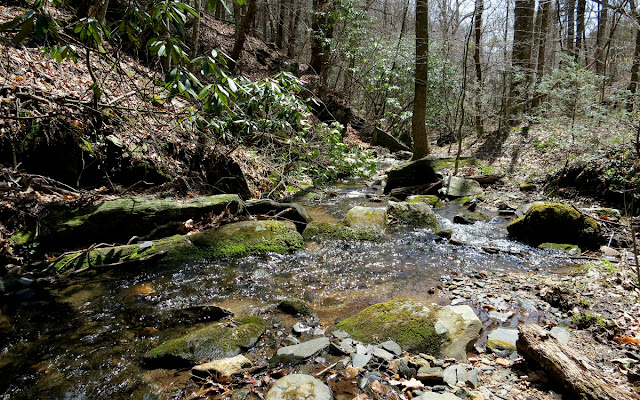 A solitary flower growing in the middle of the trail. 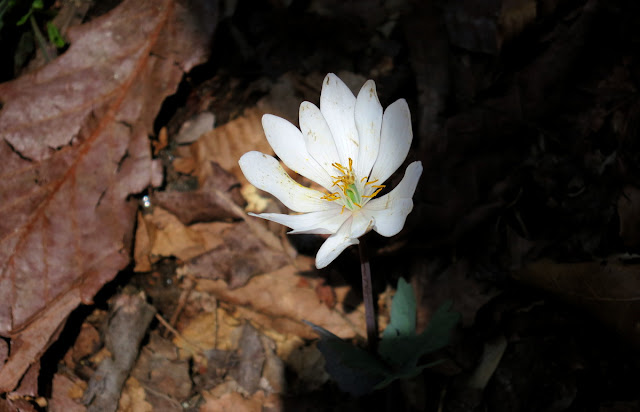 One of the many small waterfalls flowing in the park. 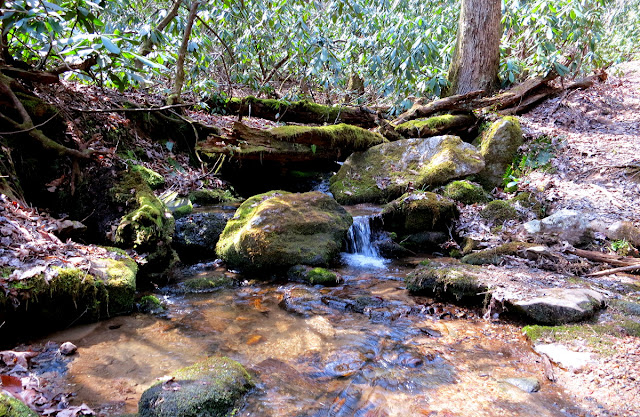 A panorama shot of the Yadkin Valley from the top of Rendezvous Mountain.  A fantastic way to end a day of mountain hiking in the Blue Ridge.

I'd love to tackle that 4 mile hike! I was waiting for you to say you climbed the tower. Between your recent hiking and your new bike, you are going to be buff!

I wanted to climb the tower, but the big 'no authorized personnel' and the nearby Ranger dissuaded me.

Hey, I'm from a little further east in High Point. I didn't realize the difference in State Forests and State Parks. Wish NC State Parks would open up to caching like they have in Georgia. I'll have to check this area out. I like you blog. Good work!