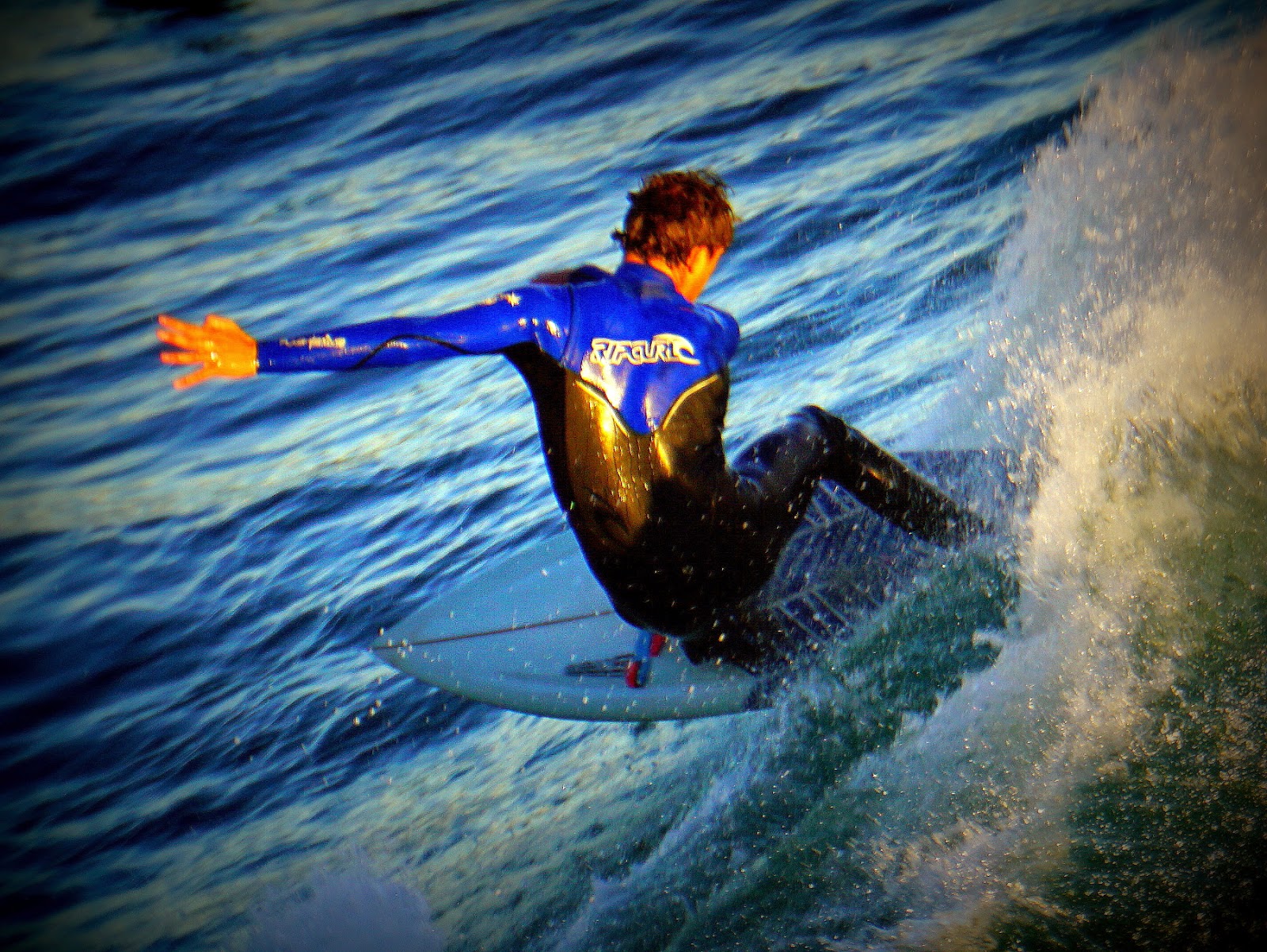 Anyone who has grown up with The Beach Boys as part of the soundtrack of their lives likely considers surfing an integral part of California culture.

At various points in times past, I have seem the occasional surfer dude attempt to surf, however I've never really seen anyone actually get to their feet on a board and properly ride a wave.

During my stroll along the waterfront in Santa Cruz I finally got to see true Californian surfers in person.

Luckily I was armed with my new camera with a telephoto lens, so I got a few pics of the surfers in action.

This surfer is getting ready to jump into the ocean. 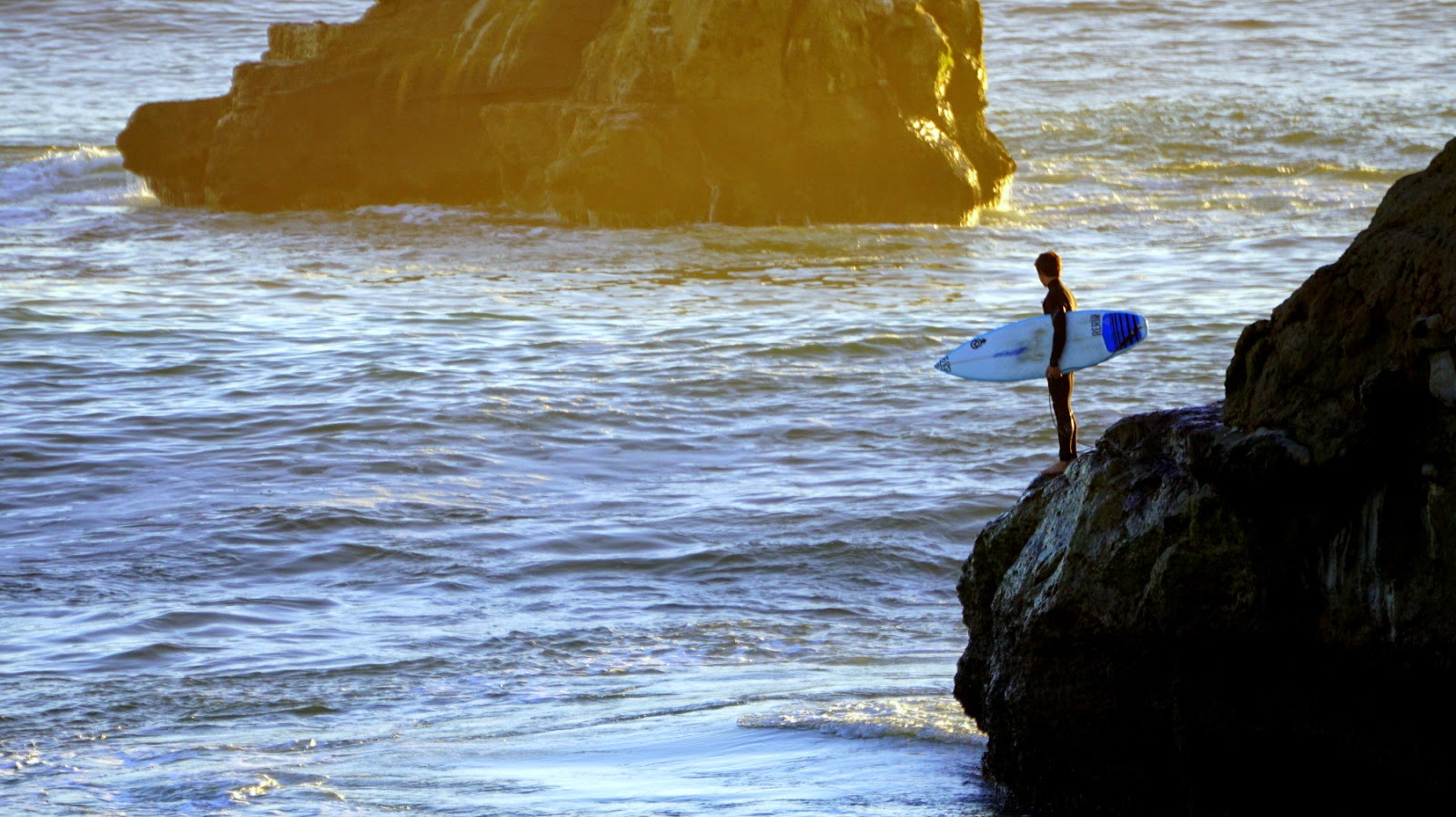 There were a surprisingly large number of surfers in the water. I didn't get an exact count, but I would guess 40-50 folks were in the ocean with surfboards at any point in time, with a steady rotation of people coming and going.

A surprisingly large number of them managed to actually surf a wave. 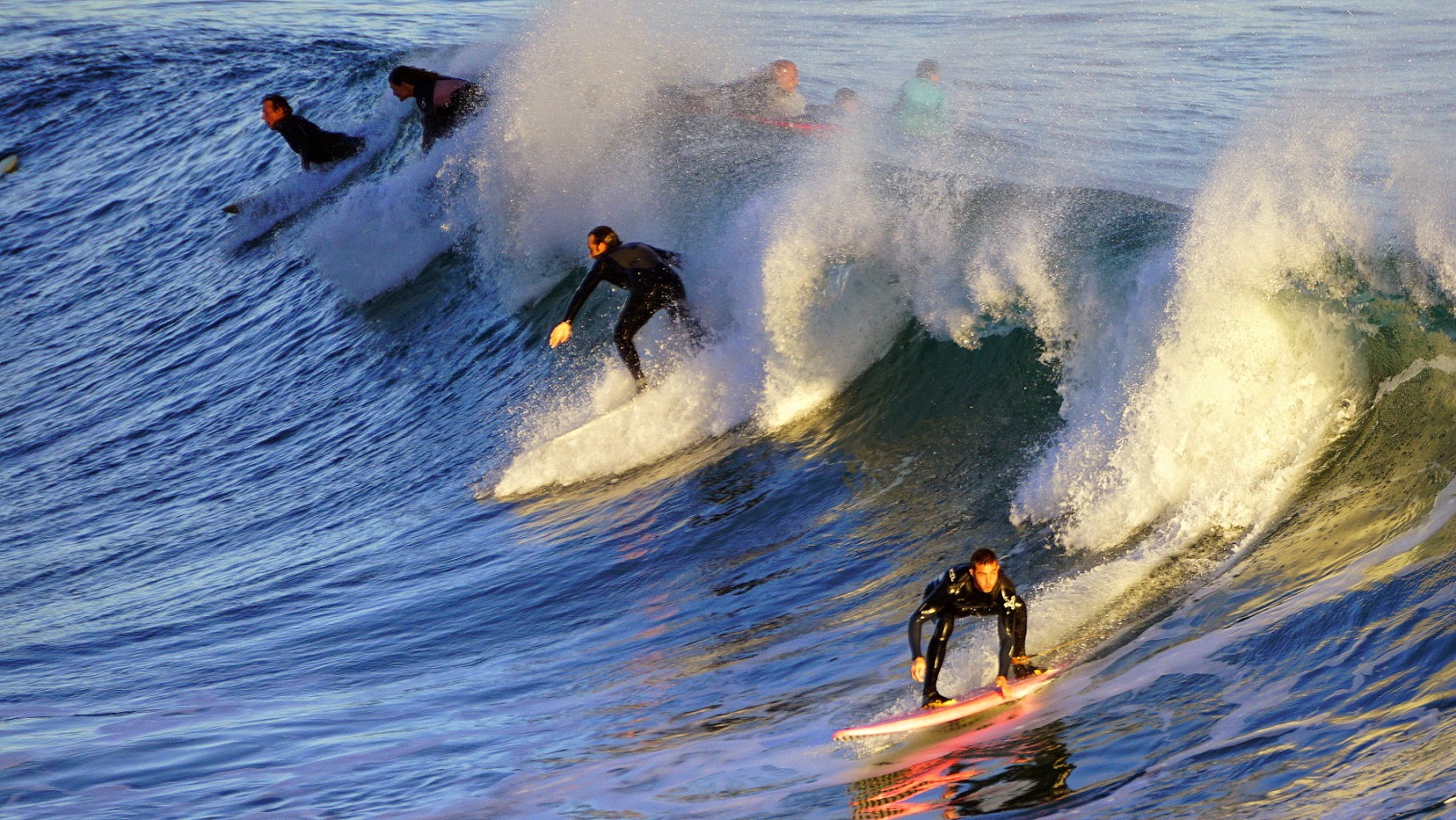 Sometimes I was surprised that none of the surfers ran into each other. 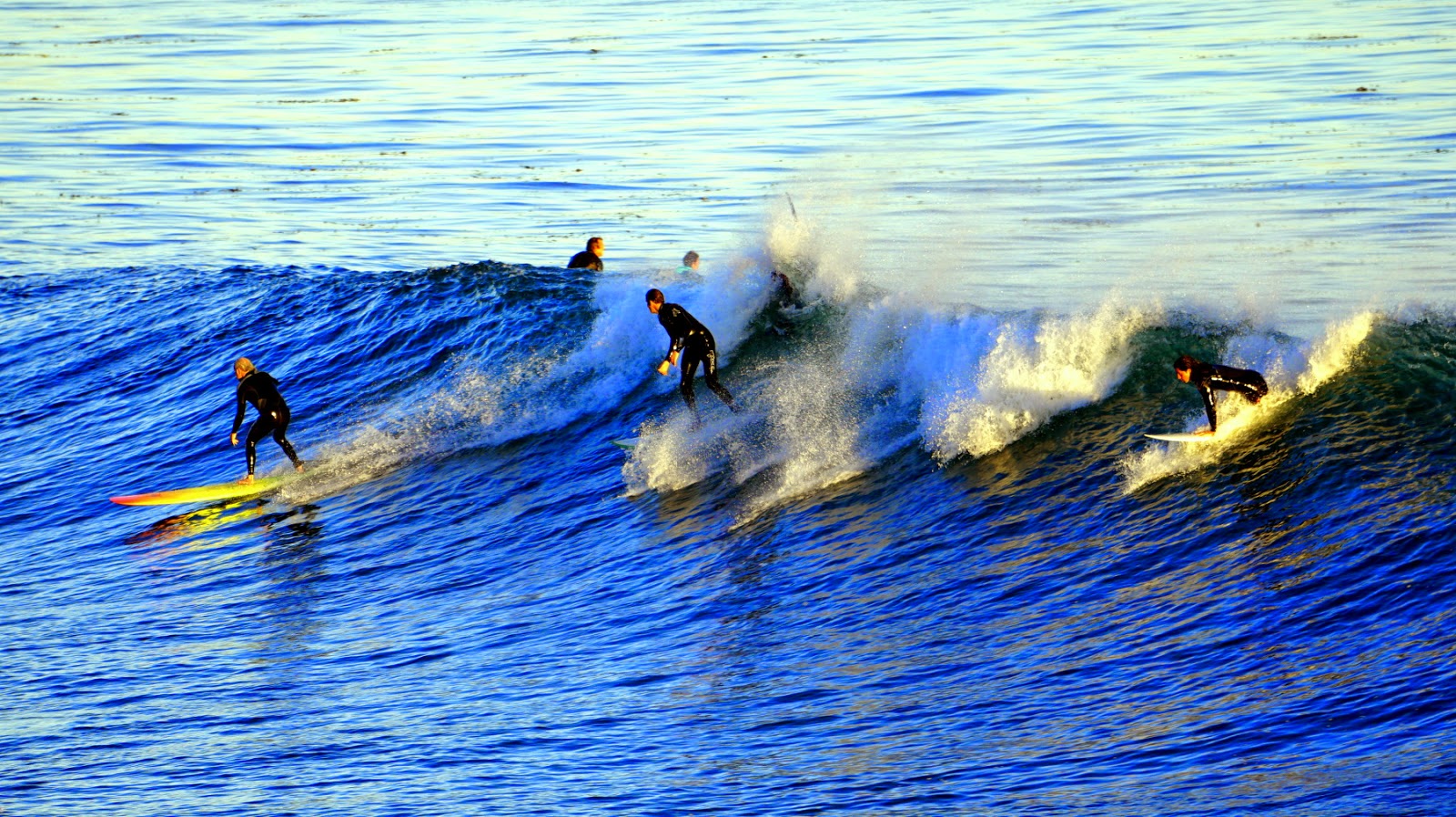 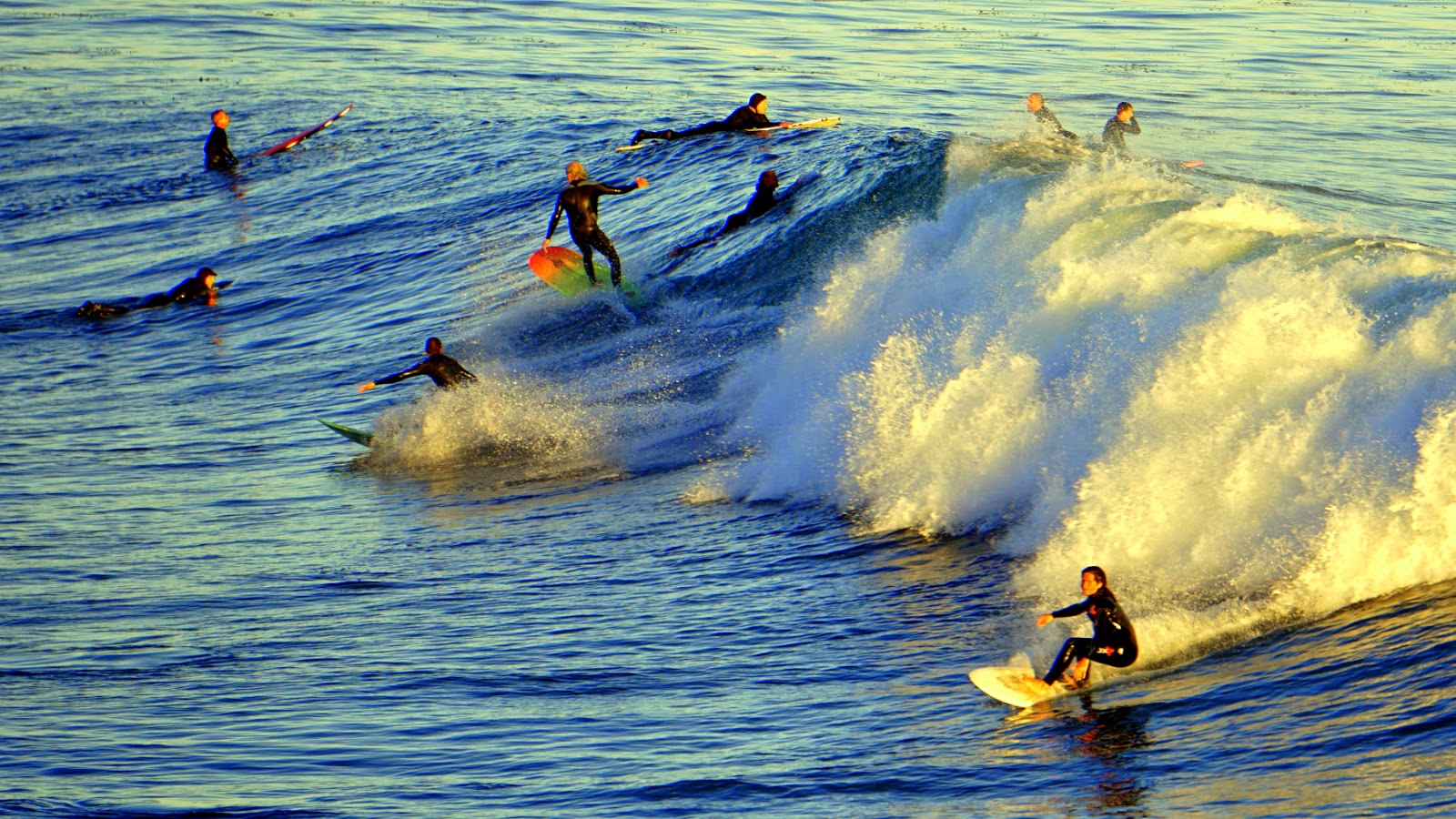 The waves were quite high - often well over 6 foot in height. 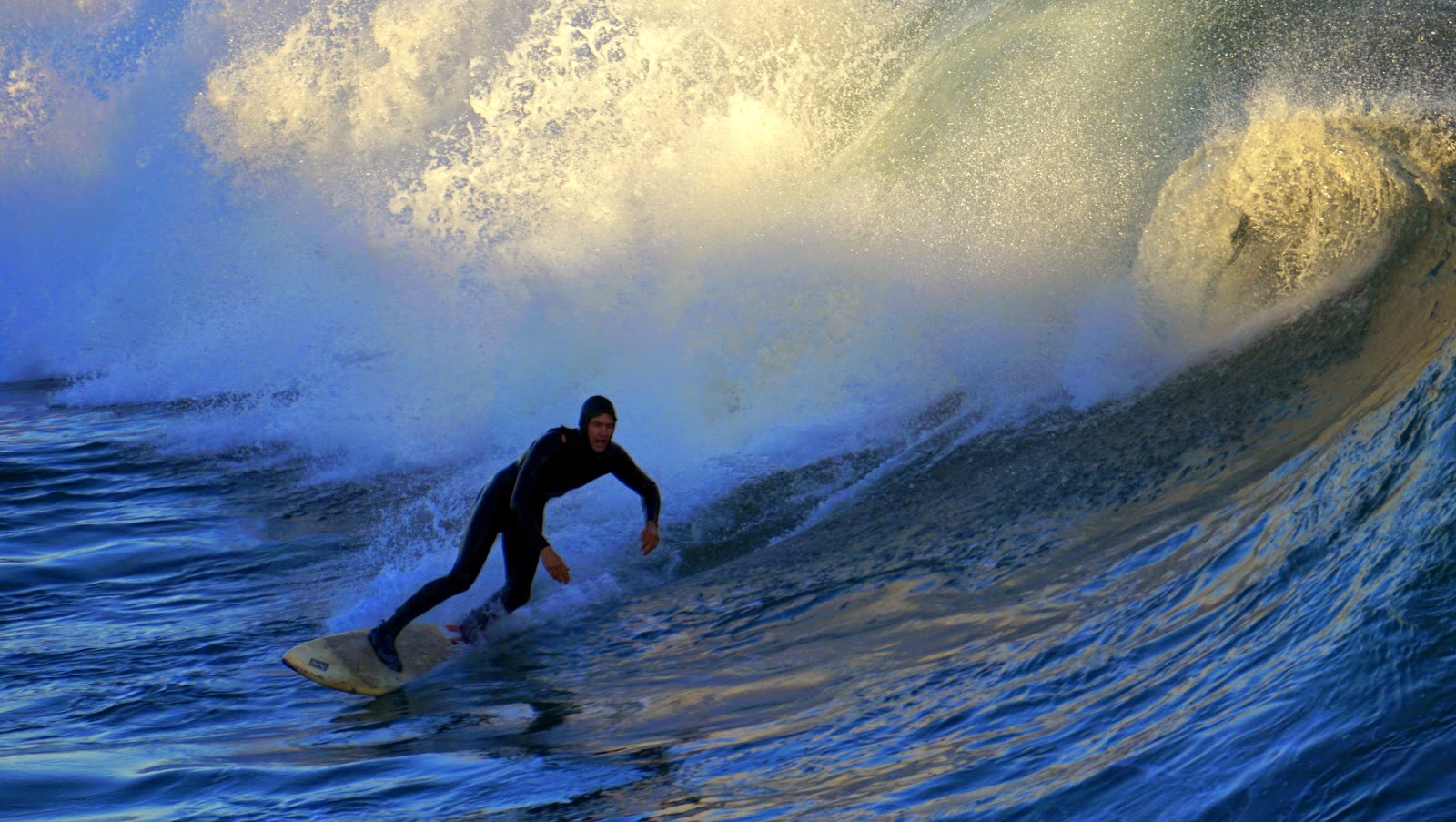 Some of the folks out-ran the waves, and stayed up for a surprisingly long amount of time. 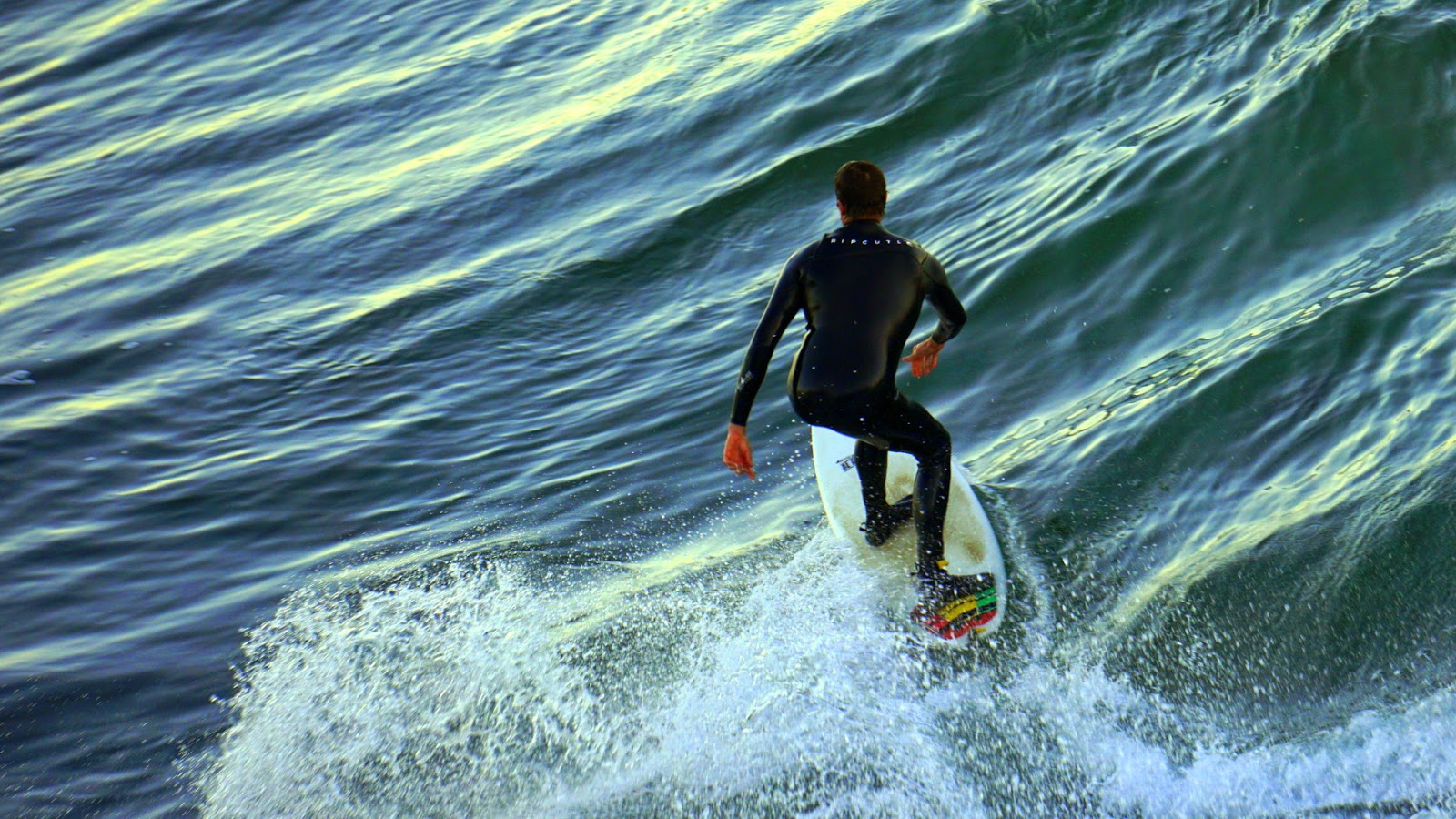 Other times the waves caught up to them. 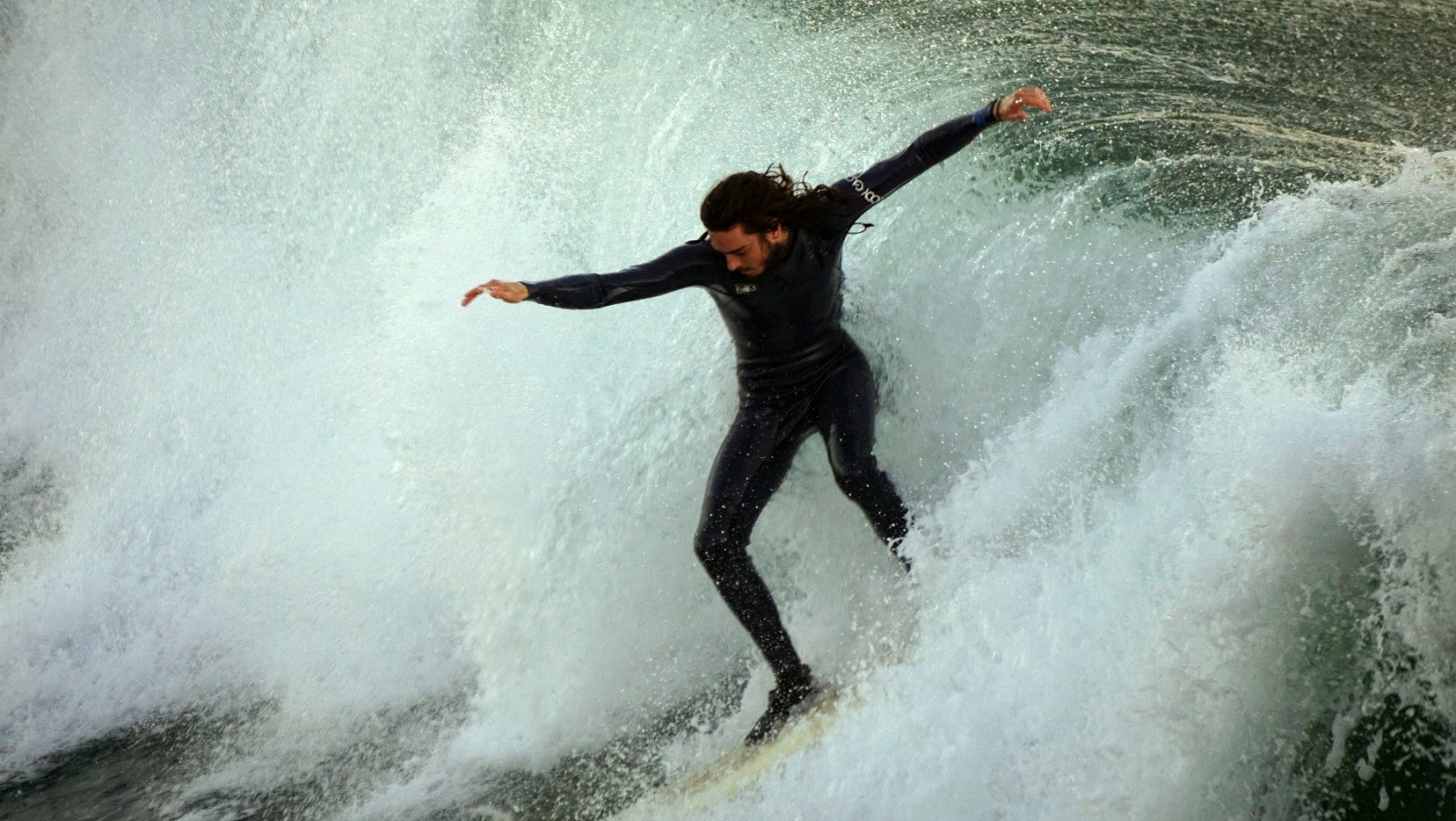 According to a plaque posted near where I was standing, surfing was brought to California by three young Hawaiian princes in the summer of 1885.  They surfed in the waters near Santa Cruz using redwood planks that they had milled into surfboard shapes by a local mill. 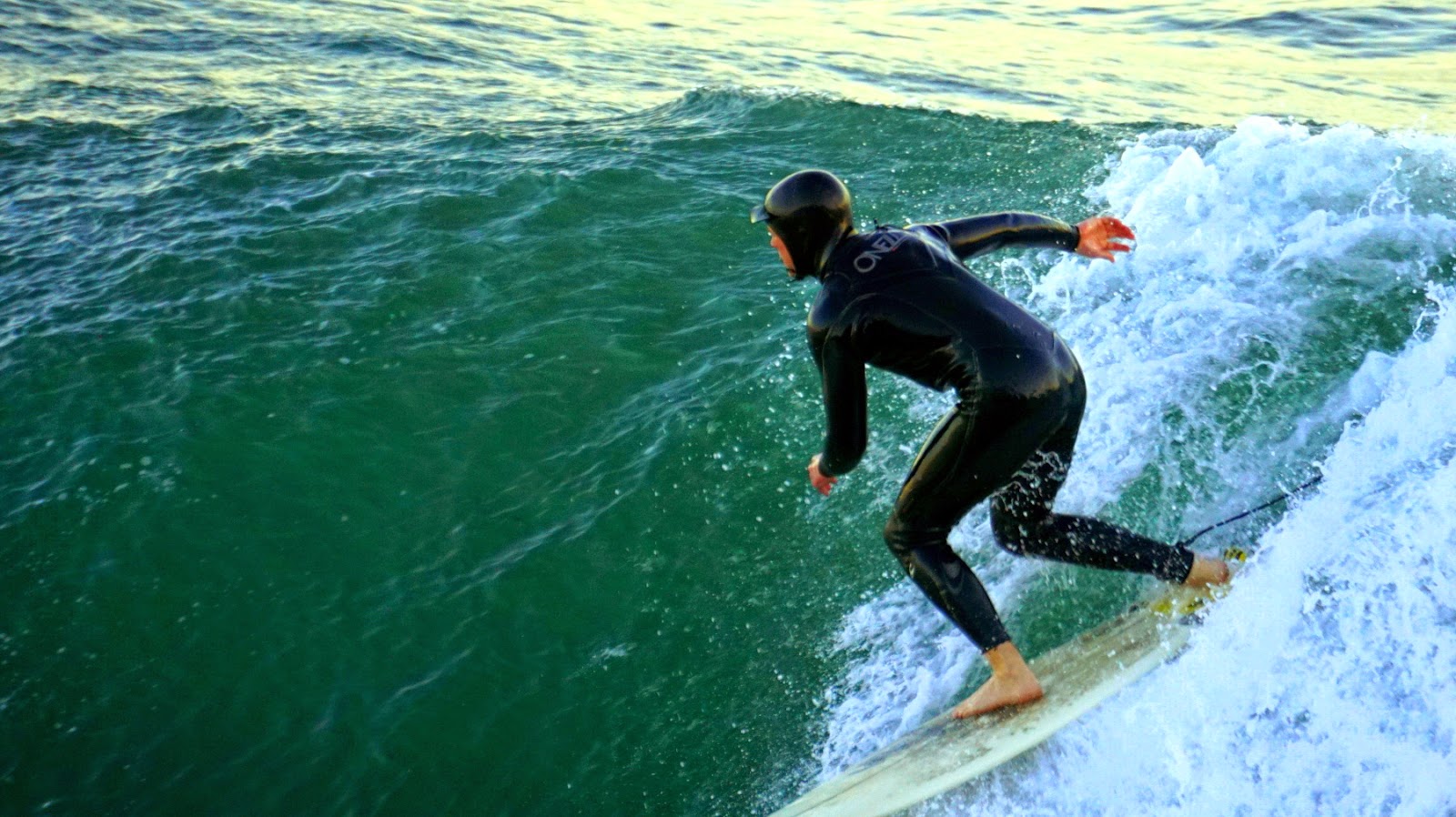 Pretty soon the surfing craze swept up and down the coast. 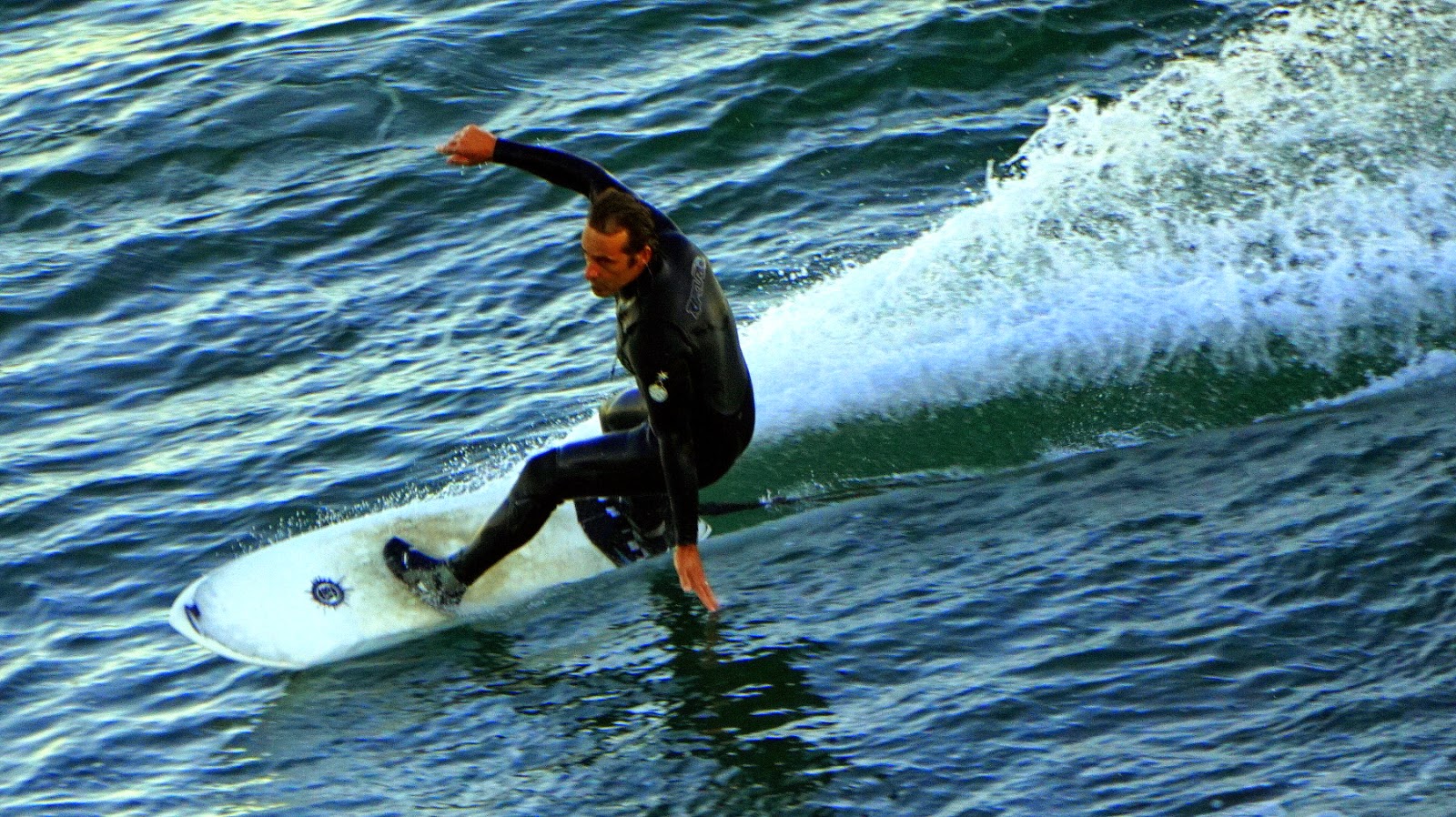 See ya next time!
Posted by Dave DeBaeremaeker at 5:55 PM