Museggmauer And The Alps 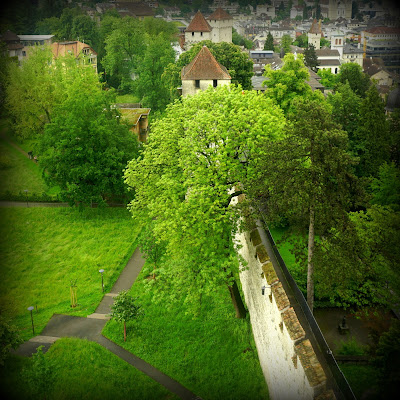 Lucerne Switzerland is loaded with history, a lot of which, strangely, dates from the 1300s.

Kapellbrücke was built in 1333, and in 1386 the plucky citizens of Lucerne started building a large rampart wall to protect the city.  Much of this wall still stands today.

Apparently this was one of the inner walls, and another set of outer walls ringed the city.  In the 1800s the outer wall was torn down, leaving only this inner wall.

The Museggmauer has city on one side, and grazing grounds and a school on the other.  It also has 5 towers, 4 of which are open to the public.

The wall actually isn't that visible from the city side.  However if one does an end-run around the wall and approaches from the north, like a visigoth (or whoever the main enemy of the Swiss was, ya know, aside from inefficiency), the wall becomes a dominate part of the landscape (which, I suppose, was the point of the thing).

Approaching the wall involves hiking up a pretty steep hill, and avoiding the guard cow. 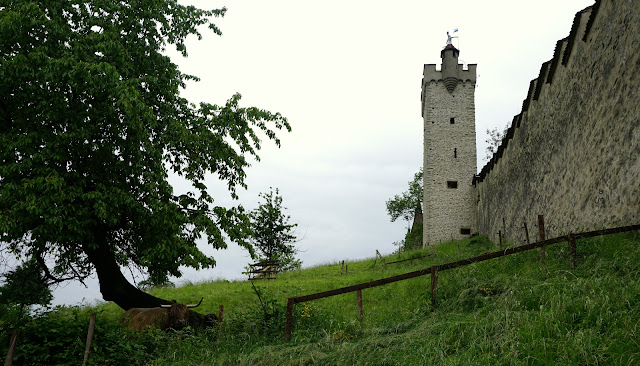 The wall is also host to a geocache (which also now bears my signature).  I don't want to give any spoilers, but Joel, my co-worker and co-explorer companion on this adventure, is touching it.  (Shhh - don't tell!) 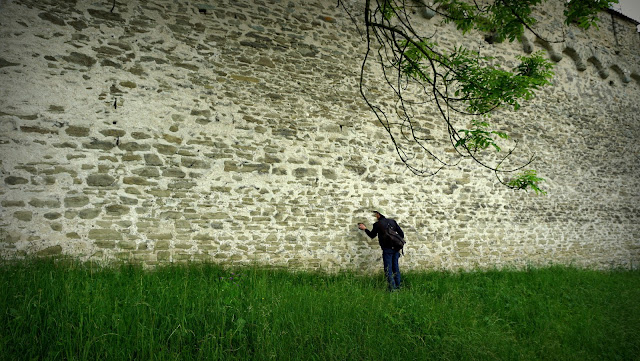 Like I mentioned, the wall has 5 towers that can be explored, however one of them cannot be accessed from the ground.  To get to it one needs to access one of the adjacent towers, and take this exposed elevated walkway. 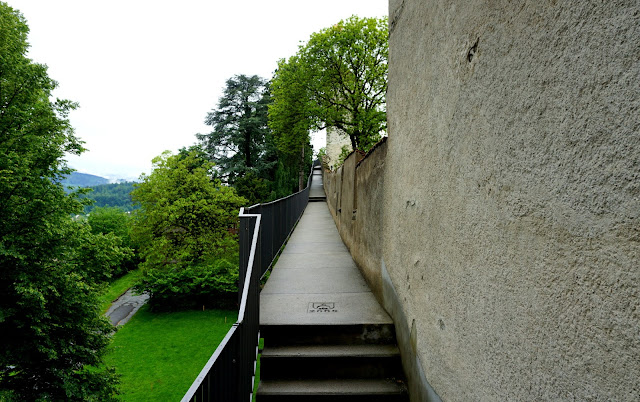 That walkway also proved useful as a way to get above the city and provide sight lines to the scenery beyond the town, like this view of Lake Lucerne. 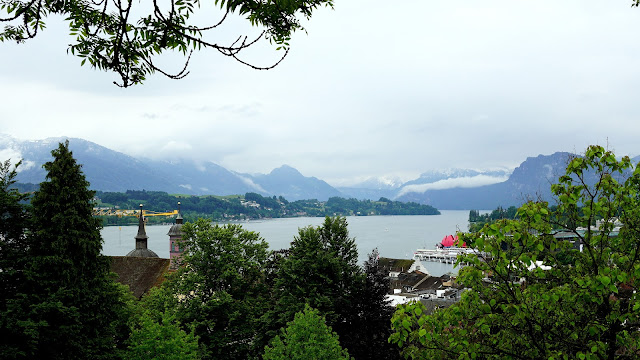 That oddly accessible-only-from-the-walkway tower is a clock tower. According to Google Search, the clock dates from the 1500s, and is allowed to chime one minute before any other clock in town (I assume this means the clock is blackmailing the mayor - my my, such intrigue in Switzerland!).  I didn't get a picture of the clock face (I am awesome that way), but I did get a shot of the rather simple looking clockworks. 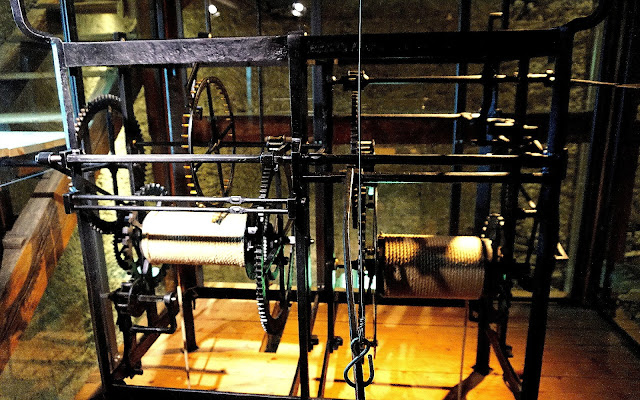 Back out on the walkway I got some more excellent shots of the city, and the Alps beyond.  The peak on the right is Pilatus, still covered in an ice fog (tho it slowly lifted thru-out the day, and finally exposed the peak just as we left on the train. True story!) 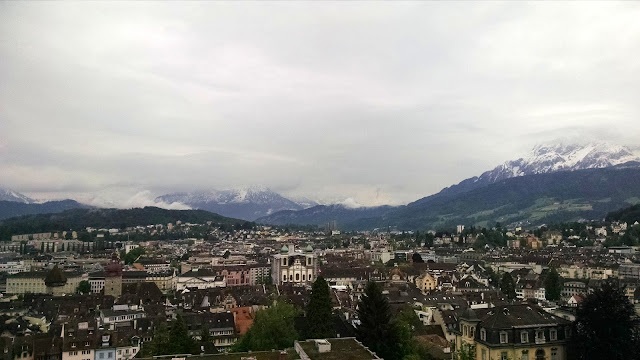 One last shot that sums up the awesomeness that is the Museggmauer: pretty towers on the right, Alps on the left. 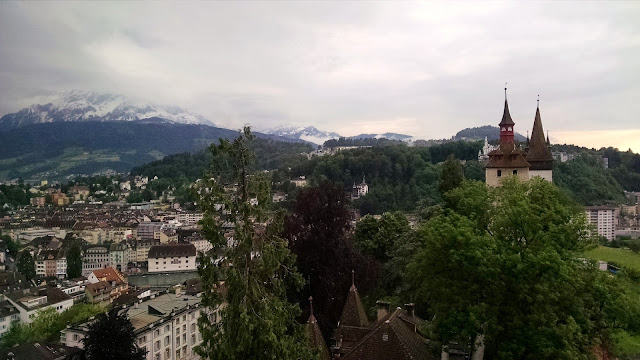 I could have taken these views all day, but alas the day was getting short, so we mosey'd on down the trail - um, cobblestones, to check out the rest of the beautiful city of Lucerne.

It is experiences like this that fire my sense of exploration and adventure.  Truly a highlight in a day of highlights.
Posted by Dave DeBaeremaeker at 9:37 PM