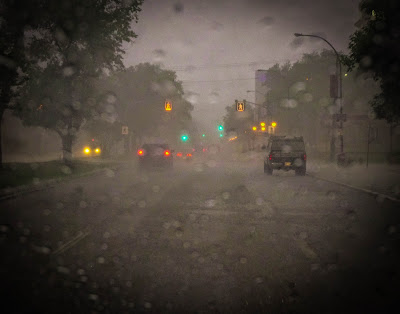 The story so far:  A week ago a plucky gang of Canadian expats returned to their native homeland to kidnap a photographer. Their heist complete, they raced off to find adventure and glory.
... And we would have gotten away with it if it wasn't for you snooping kids!

... And along the way we ran into many photographers from our tribe of Scavengers.  We have made it as far as Winnipeg where we crashed the pad of another unsuspecting Scavenger.

Early the next morning we took our convoy westward.  Before we could hit the highway, the skies opened up and dumped a deluge of water on us.  I've rarely seen that much rain fall all at once.  Roads flooded! Tires splashed! Windshield wipers wiped!(dogs and cats living together! Mass hysteria!).

However we soon got thru the worst of it and hit the ol'Trans Canada Highway and headed left across the map.  Our goal for the evening was the booming prairie town of Saskatoon Saskatchewan. 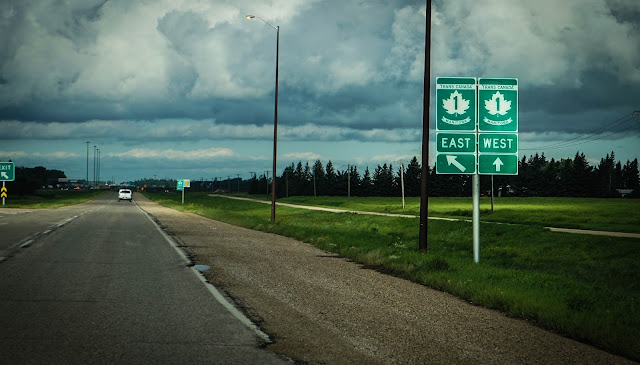 However before we left Manitoba we had some business to attend to. We stopped by the town of Brandon to meet up with Sandra Parlow. (Yep, we met with another Scavenger... don't believe me?  I have proof!) 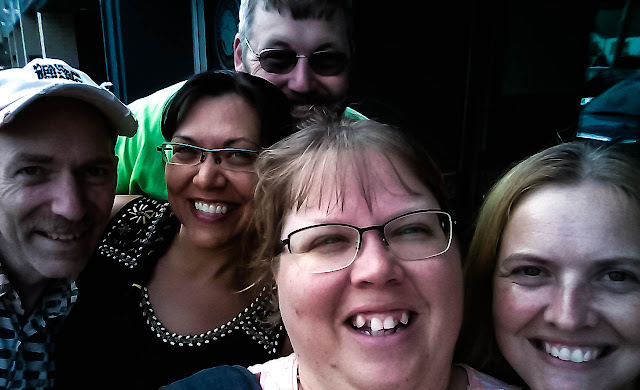 When one mentions they are planning on visiting Saskatchewan one of the first things mentioned is how flat it is ("Saskabush is pretty, yep she's pretty flat" - Corb Lund).  They ain't kidding.  However they also say that there isn't much there, and it is extremely boring terrain.  Here they couldn't be more wrong.  For example here is a modern style grain elevator. 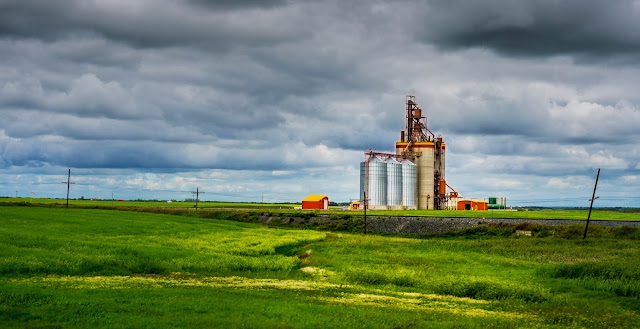 (and over the horizon, cows!)

We didn't get much of a chance to enjoy it, however, as we were soon going to face more storms.

Just as we approached Regina, and our path went from westward to northward, the skies started getting windy, and the rains started to fall.  It was an incredibly tense storm.  The reports on the radio said 80KM/H winds, and tons of rain.  Luckily there were few hills, trees, or buildings to block the wind.  It was some of the most intense driving I've ever done just trying to keep the van on the asphalt.

The rain did slow down enough near Chamberlain that we pulled over for fuel.  I grabbed this shot while standing at the pumps while the Geovan of Destiny was topping up. 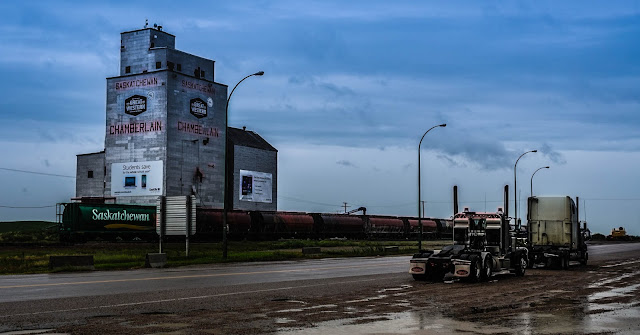 By the time we got to Saskatoon a few hours later the storms had passed.  We were left with a rather pleasant evening.  We took advantage of said evening to go down to the South Saskatchewan River, which cuts thru through the city, to take some sunset shots. 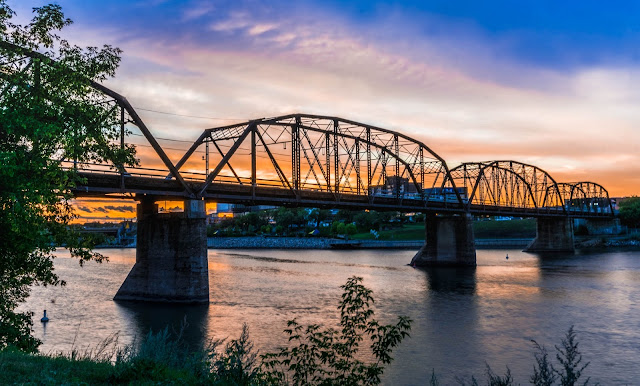 After this we headed for bed.

This ends the first phase of the trip.  Tomorrow our party of plucky Scavengers is due to split up for a few days.  Ron has a client in Saskatoon, so he had to go to work. Liz is going to act as his padawan learner.

The wife and I will be heading off on our own.  Don't worry! Our party will rejoin in a few days. Until then there is plenty of solo adventuring for us to do.