I must confess that when I worked on this concept I misremembered the word as "coin".  Oops.

However I decided to go with it.  The idea was to have Iron Man holding a Stan Lee memorial coin.  If you are not familiar, Stan Lee was one of the main creators of the Marvel universe, and he passed away last year.

I took the Iron Man image holding an actual quarter, to get the perspective right.  I also set a shallow depth of field to ensure the focus of the piece was on the coin, and not on Iron Man.

Then I created the coin using Photoshop 3D, and merged the two together. 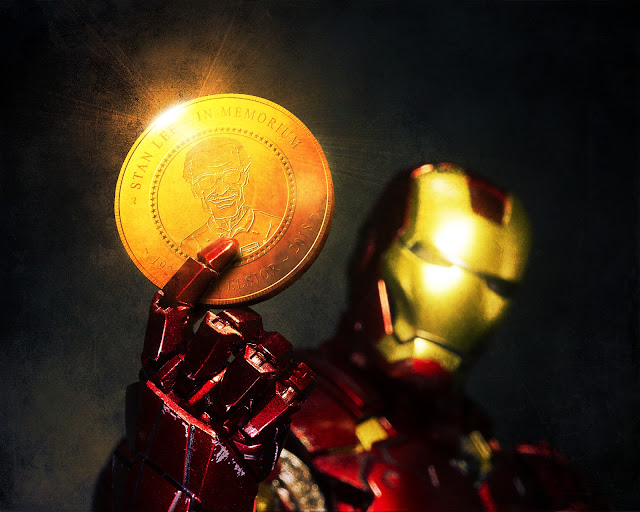 Tire was one of the last words I shot.  I had a lot of trouble coming up with an idea that piqued my interest.  I was going over my ideas list over lunch at work, and finally stumbled on the idea of a tire swing.  Using Baby Groot quickly came to mind.  I messaged my wife and asked her to pick up some rope and a small tire I could use for props.

When I got home I quickly assembled a tire swing, and went outside to put the swing on the tree in my front yard.  I also set up a speed light in a 2ft soft box to add some light.

I then focused my camera onto  a point on the backswing, and then set Groot into motion.  Then I shot like a mad man.

The final shot was basically straight out of camera, but with some of the background cleaned up, and some tone manipulation.  Pretty small amount of photoshopping compared to most of my composite based works this round. 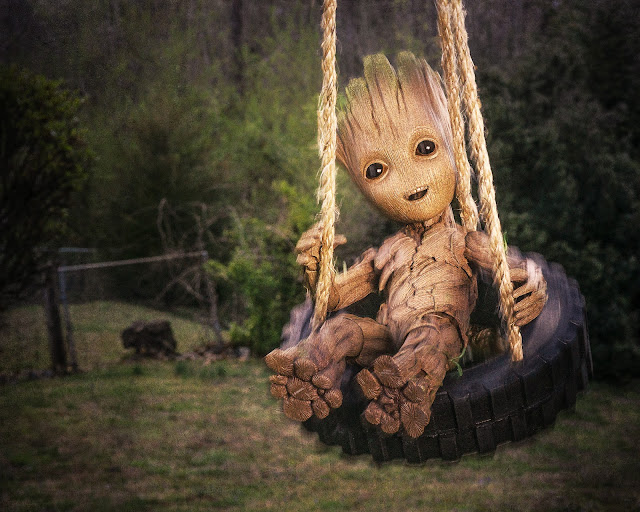 The monent I saw this word on the list my mind went to what may very well be the biggest rift between America, where I live now, and Canada, where I was born and raised.  How to pronounce the letter Z.  Is it zee or zed?

Well, I have my opinions. Zed.  So I decided to make my point with this image.

I created the cardboard cutouts using 3D tools in Photoshop, using a tutorial I found online that explained how to do it.  Originally I was going to let the letters stand for themselves, however when I was done I realized it needed a little more.  So I decided to incorporate the Canadian super hero, Deadpool. 'Nuff said. 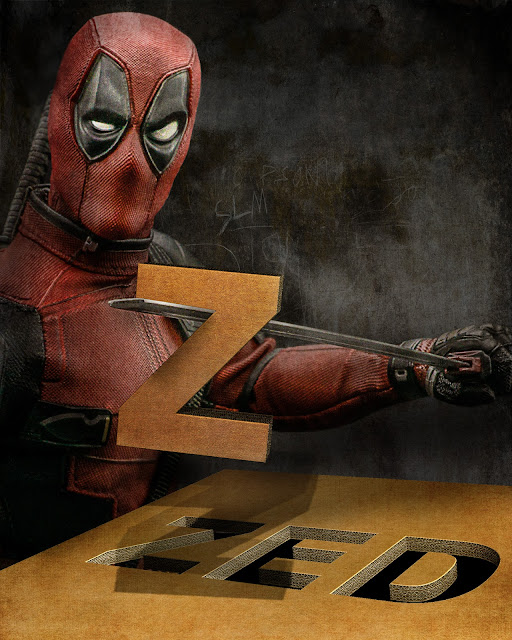 Posted by Dave DeBaeremaeker at 7:12 PM