Behind The Scenes: Matches

The 28th round of the Photographer Scavenger Hunt is currently in its reveals stage, so I can start showing off the work I did for this round.

This round I decided to not purchase any props, and make everything my self.   I started with the first image, matches.  This is a behind-the-scenes look at

The concept was a poker hand being reflected in the sunglasses of the poker player, The hand itself would be a royal flush.
The final image went through some iterations, but ended up in this final form: 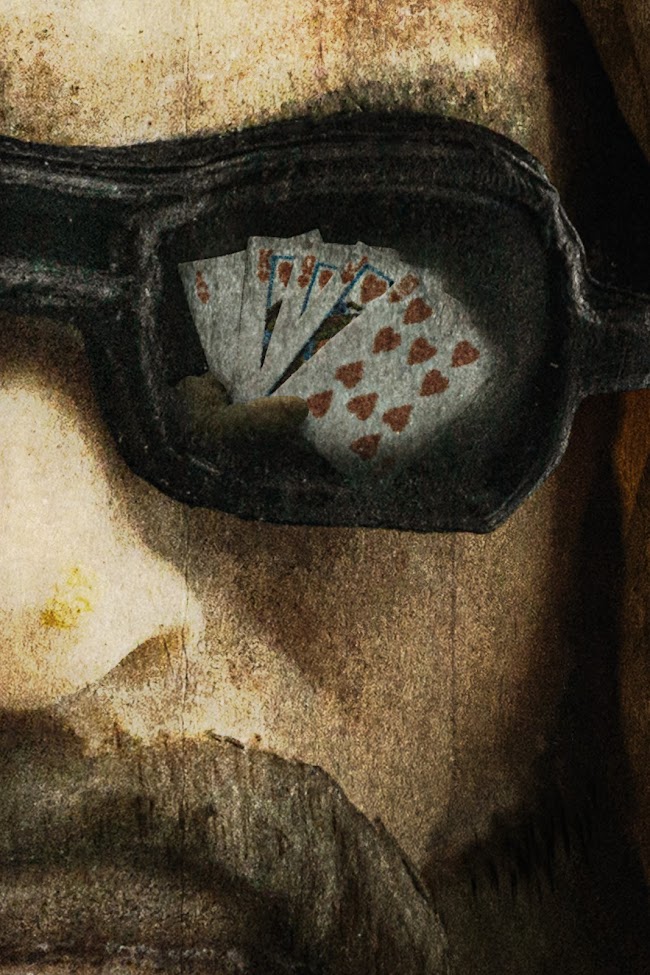 I decided to use my Fat Thor (from Avengers Endgame) for the figure, as it had both sunglasses and a beard - basically it looked most like what I imagine a rogue poker player to look like (yay stereotypes!).  So I started by taking his portrait: 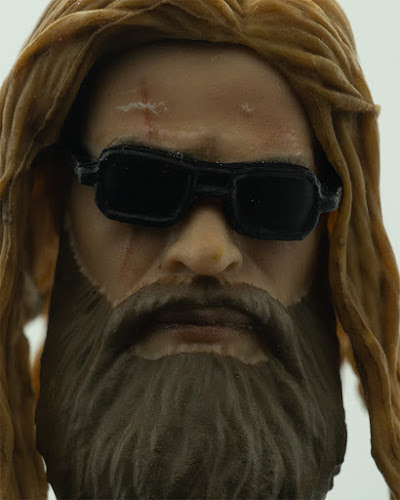 To get the cards I decided to simply make a scale set of cards.  I found a template online, printed them off at the correct 1/12 scale to match the Fat Thor figure, then fanned them out and glued them together. 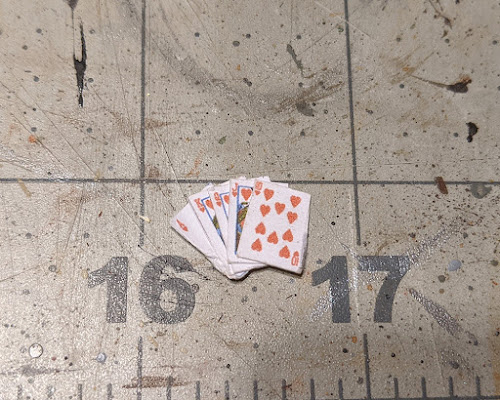 I picked the suit of hearts because I thought the red would contrast against the dark glasses better, and I liked the rounded shape as opposed to the angular diamonds.

To get the right angle of the cards being held in the hand I had to remove Thors arm. I then put the cards in the hand, and posed it on green construction paper. Originally I thought more of the table would be visible in the glasses and the green looked like the felt that covers many gaming tables. 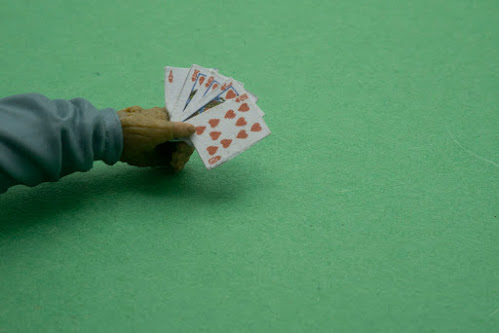 The rest was just merging the two in Photoshop. I originally had both eyes in the shot, but decided it was more impactful to have just the one eye, so I cropped it down.

Thors face is rather smoother than I like and that close up lacks detail, so I added some rough textures to the image to roughen things up and make it look more like an old cracked painting.